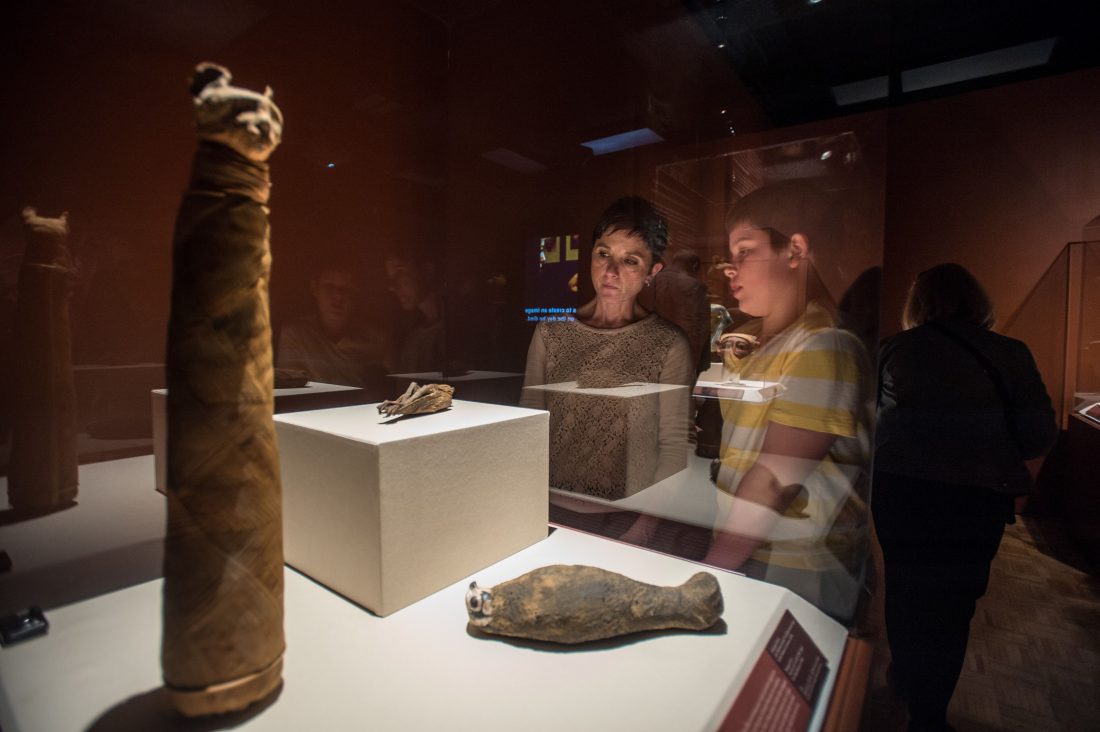 EXHIBIT COMING — Animal mummies are among those that will be included in Mummies of the World. -- Contributed

PITTSBURGH — The largest collection of real mummies and related artifacts ever assembled is coming to Carnegie Science Center.

Mummies of the World: The Exhibition features 125 real mummies and related artifacts from across the globe. St to open to the public Oct. 5 in the Science Center’s PPG Science Pavilion, the exhibition provides a window into the lives of ancient people from every region of the world including Europe, South America and Ancient Egypt, offering insights into past cultures and civilizations.

The exhibition includes dramatic displays of the mummies and their personal stories, as well as state-of-the-art multimedia stations that will take visitors on a 4,500-year journey to explore the mummies’ history and origins as well as how they were created.

“Through modern science and interactive and engaging exhibits, Mummies of the World will completely transform visitors’ perception of mummies and mummification,” said Jason Brown, interim director. “We are so excited to bring this unforgettable experience to the Pittsburgh region.”

It demonstrates how mummification can take place through natural and intentional practices. Included in the collection are:

¯ The Vac Mummies, a mummified family from Hungary believed to have died from tuberculosis, that were preserved in a small church until the remains of 265 mummies were discovered by a bricklayer during repair work in 1994.

¯ Baron Von Holz, a German nobleman who was found tucked away in the family crypt of a 14th century castle wearing his best leather boots after perishing in the castle while seeking refuge from the Thirty Years’ War.

¯ Egyptian animal mummies including a cat, falcon, snow rabbit, lizard, weasel and fish, some of which were deliberately preserved to accompany royals for eternity.

¯ MUMAB, the first authentic replication of the Egyptian mummification process done on a decedent body in 2,800-years, took place in 1994 using the same tools and methods as described on ancient Egyptian papyrus.

“We look forward to bringing the exhibition to Pittsburgh, a community known for its arts and culture,” explained John Norman, managing director of IMG Exhibitions. “This exhibition has proven to be one of the most popular exhibitions traveling the globe as it has a unique and engaging way of providing insight into the lives and cultures of these ancient people unlike any exhibition of its kind before it. We say that, ‘Inside every mummy is a story waiting to be told,’ and Mummies of the World tells thousands of years of captivating stories. Patrons will be enthralled by these mummies from Europe, South America and Ancient Egypt. We invite families from across the Tri-State Area to come unlock the mysteries of ancient civilizations as modern science reveals their secrets.”

The exhibit opens to the public on Oct. 5 and science center officials anticipate tickets will be in high demand. Reservations are encouraged, and timed tickets will be available beginning Sept. 3 at CarnegieScienceCenter.org.

Mummies is presented by Agora Cyber Charter School and sponsored by Baierl Subaru.