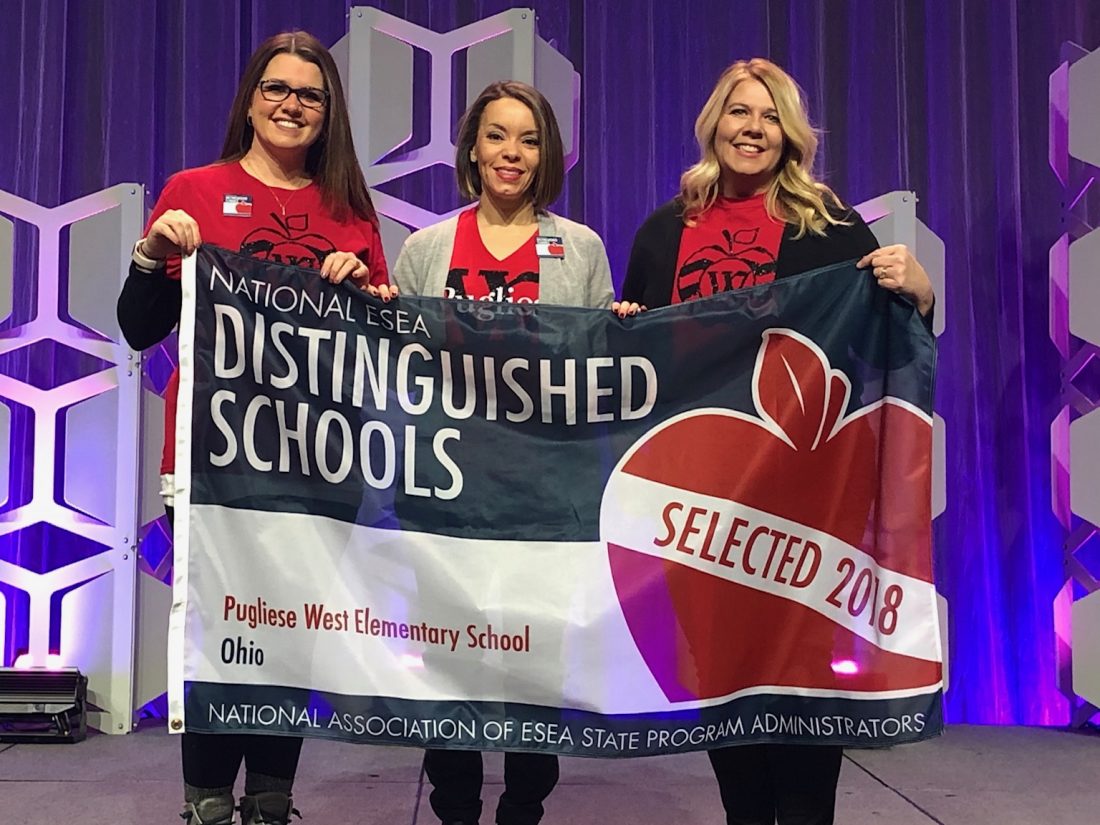 RECOGNIZED — The Steubenville City Schools Board of Education announced that Pugliese West Elementary School was one of only 68 schools in the nation to be named a National ESEA Distinguished School for exceptional student achievement in 2018, Thursday. On hand to accept the award at a special ceremony in Kansas City, Mo., were, from left, Krystal Yourkovich, a teacher at the school; Lynnett Gorman, principal; and Marci Govey, a teacher at the school. -- Amy Neeley

STEUBENVILLE – The Steubenville City Schools Board of Education announced that Pugliese West Elementary School was one of only 68 schools in the nation to be named a National Elementary and Secondary Education Act Distinguished School for exceptional student achievement in 2018.

The announcement was made at Thursday board meeting.

The National ESEA Distinguished Schools Program recognizes federally funded schools for the outstanding academic achievements of their students. It spotlights schools across the country for making significant improvements on behalf of their students. The program has been in place since 1996 and showcases the success of schools in one of three categories: Exceptional student performance for two consecutive years; closing the achievement gap between student groups; and excellence in serving special populations of students.

On hand to accept the award for the school were teachers Krystal Yourkovich and Marci Govey as well as principal Lynnett Gorman.

“We didn’t do it in isolation,” Gorman said of the award. “It starts with the board on down. We have excellent teachers in Steubenville City Schools especially at West.”

“(Gorman) is so energetic and really cares about the students,” Superintendent Melinda Young said.

In other district business, the board approved an agreement to participate with the Jefferson County Health Department to provided a nurse practitioner to each school in the district one day a week.

According to Young, the nurse will be able to provide, among other things, immunization, rapid strep tests and antibiotics to students and staff.

“(They provide) anything a health clinic can do,” she said.

The board also voted to allow the S and J Credit Union to use the Dr. Dan Keenan Conference Room for their annual meeting on April 25.