No. 21 should be honored by MLB

There’s been quite a decent amount of changes in Major League Baseball throughout the past few seasons. The addition of a between-inning and pitching change timer was added with the hopes of speeding up the game, along with the elimination of the traditional intentional walk.

More changes could be on the way with the proposed amendments of extra inning games where a baserunner is automatically awarded second base before a pitch is even thrown.

Modification to America’s pastime will always ruffle some feathers. There is one idea that has been floated around (especially, here, in the local region) that will be a welcomed aspect.

No. 21, of course, is the jersey number worn by Pirates legend Roberto Clemente.

Clemente’s impact on the game is still recognized today and he remains honored throughout Pittsburgh in a multitude of fashions.

His jersey still has to be the top-selling clothing item in the team store and the bridge of his namesake spans the Allegheny River completing the most dramatic backdrop in all of professional sports. Along with the 21-foot tall Clemente Wall in right field, Clemente’s memory is woven throughout the fabric of PNC Park, the best ballpark in America.

Clemente has a museum in the Lawrenceville section of town and, recently, his family members have agreed to auction off some of his personal memorabilia.

There has long been a wave of enthusiasm to give Clemente the same distinction as Jackie Robinson; to retire his number across all of Major League Baseball. Clemente’s play on the field and his humanitarianism off it will always be honored and respected.

But to put it on the same level as Robinson kind of irks me a little bit.

Clemente was not the first hispanic to play in the majors. However, it could be argued that Clemente’s beyond-successful performance paved the for thousands of others in Latin America.

Clemente and other minority players received a lashing from white fans and faced segregation for much of their careers.

Robinson was the first, though.

He is truly the one who opened the door for African American, Hispanic and Asian ballplayers to come to America and earn a living playing the greatest game on earth.

For that, Robinson’s No. 42 is justly retired at all levels of professional baseball.

No professional player should ever wear that number again out of respect for Robinson.

Numbers on jerseys were not worn back in the 1880s, but if they were, another African-American would have his number retired across the MLB.

That player is Jefferson County native Moses Fleetwood Walker. Walker was the first black player to sign a professional contract when he was inked by the Toledo Blue Stockings of the minor league Northwestern League.

The Blue Stockings were promoted to the American Association in 1884, making Walker the first African-American to play in a major league contest that same year.

He also played in the International League with the Newark Little Giants.

Walker was the last black player in the International League before Jackie Robinson played for the Montreal Royals, a farm team of the Brooklyn Dodgers.

Also, numbers did not appear on jerseys until 1916 when the Cleveland Indians experimented with the practice. The Yankees were the first team to truly adopt jersey numbers in 1929.

No. 21, however, should be embraced by MLB teams.

While no Pirates player, rightfully so, will ever wear No. 21 again, Major League Baseball should encourage the rest of the league to allow their players to wear No. 21, while realizing the great responsibility that jersey holds.

The MLB already does a great job with its honoring of Clemente through the annual Roberto Clemente Day in September and the Roberto Clemente Award given out every year since 1972 to a player with outstanding baseball playing skills who is personally involved in community work.

Willie Stargell, Phil Niekro, Albert Pujols and Andrew McCutchen are just a few players who have won the award. Paul O’Neill, a Yankees great, may one day have his number retired by the Yankees, who bestowed that same honor for Derek Jeter’s No. 2 last week. O’Neill wore No. 21, solely because he loved watching Clemente.

Other players, like Carlos Correa of the Astros, who presently wears No. 1, have said they would want to wear No. 21 because of Clemente.

Two other clubs have No. 21 retired. They are: the Indians (Bob Lemon) and the Braves (Warren Spahn).

For the other MLB teams there is a great way to honor Clemente while still allowing players to wear No. 21. For all the players wearing No. 21 on teams other than the Pirates, Indians or Braves, put a black and gold No. 21 patch on that player’s sleeve or on the back of their jersey or hat. Similar mementos are done to honor other players or dignitaries in a major league city. Plus, players selected to the All-Star Game are given a distinction of stars on the back of their caps.

By doing this practice for players wearing No. 21, it shows that Clemente is still with us in a small part today.

The aura surrounding Clemente should not be retired, it should continue to be honored in special ways.

(Peaslee is a sports writer for the Herald-Star and The Weirton Daily Times. He can be contacted at mpeaslee@heraldstaronline.com and followed on Twitter at @HSDTsports) 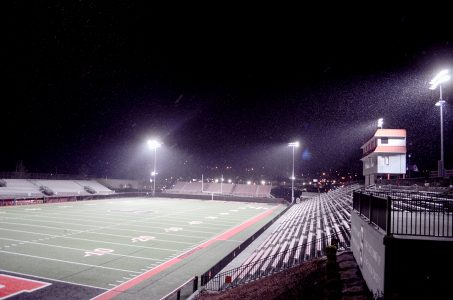 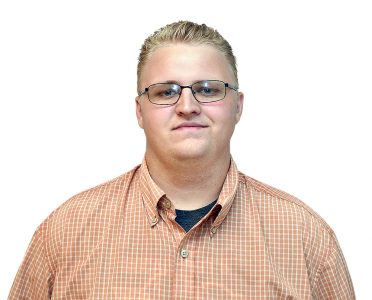