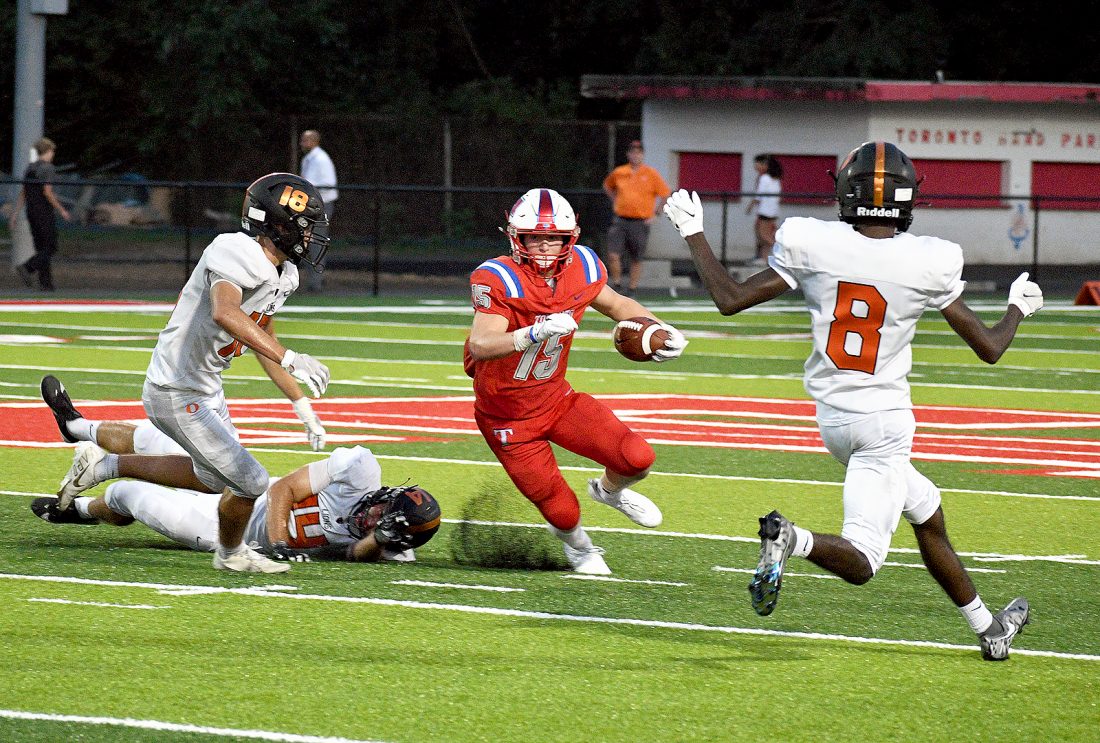 TORONTO — The grand reopening was in jeopardy Friday morning, however, a last-ditch effort allowed the festivities to go on as planned.

The Toronto football team tallied the first 26 points of the night en route to a 33-20 victory against Orange Friday night in the season opener and the first game played at Clarke Hinkle Field since the installation of the turf.

“I’m really proud of the kids,” Toronto (1-0) head coach Josh Frake said. “I was highly impressed by what I saw. They are a Division IV school. They are a lot bigger school than we are. We ran the risk of taking on such a big school, but the kids played well. They prepared well. I had to scramble to put a game plan together.”

Zane Kinsey was the star of the game offensively for the Red Knights. Kinsey ran for 141 yards and two touchdowns on the ground, while also catching three passes for 12 yards and another touchdown.

“Zane Kinsey made a number of big plays for us,” Franke said. “Dominic Bouscher had a long touchdown run. That was the difference in the game. We made some big plays, and we won the turnover battle. The statistic holds true.”

Kinsey opened the scoring with a 2-yard run with 17 seconds left in the first quarter, and Shane Keenan split the uprights with the extra point to make the score 7-0 in favor of Toronto.

The Red Knights also recorded a touchdown in the second. This time starting quarterback Aiden Mick scampered in from 3 yards out, and Keenan once again booted the PAT to give the home team a 14-0 lead with 7:59 left to play in the first half.

Bouscher opened the scoring in the second half with a 13-yard run to increase Toronto’s advantage to 20-0 with 10:09 remaining in the third. The extra point was blocked.

Kinsey then hauled in a 13-yard touchdown pass from Mick to make the score 26-0 with 4:27 left to play in the quarter. Mick was stopped just short of the goal line on a 2-point conversion rushing attempt.

“We knew nothing about them,” Franke said. “We exchanged films at about noon, and then we prepared from noon on. This is the quickest I have ever come up with a game plan. Usually, you come up with one, and you have five days to tinker with it.”

Arthur Bartko put the Lions on the scoreboard with a 3-yard run in the fourth, and Lawson Blaiser converted the extra point to cut Orange’s deficit to 26-7 with 10:23 left in the game.

Kinsey capped off his three-touchhdown night with a 6-yard run, and Ashton Ellis nailed the extra point to give the boys from the Gem City a 33-7 lead.

Orange recorded the final two touchdowns of the night.

First, Darius Mirfendereski snagged a 25-yard touchdown pass from quarterback Tony Fatica, however, the extra point was no good keeping the score 33-13 with 6:48 remaining to be played. Then, Cole Schreibman scored on a 2-yard run, and Blaiser connected on the extra point to make the score 33-20 with 1:59 still showing on the scoreboard clock.

The Red Knights recovered the onside kick, and the home team was able to run out the clock.

Toronto is scheduled to play Bellaire at noon Saturday down at Nelson Field.

“Bellaire is one of if not the best teams on our schedule,” Franke said. “We are going to have to be ready to go. Fortunately, we have eight days to prepare rather than three hours. We are excited about having the opportunity to play them. If you are able to beat good teams, it really helps with the playoff points.”

Orange filled in for Wellsville after the Tigers had to drop out of the game Thursday due to COVID-19 issues. 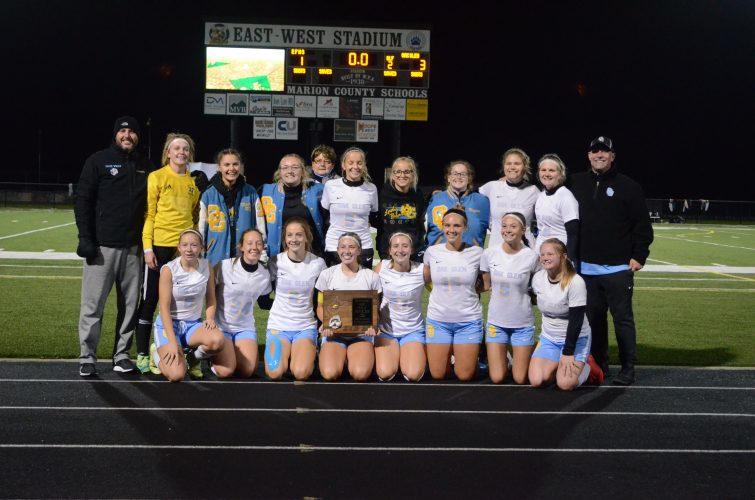