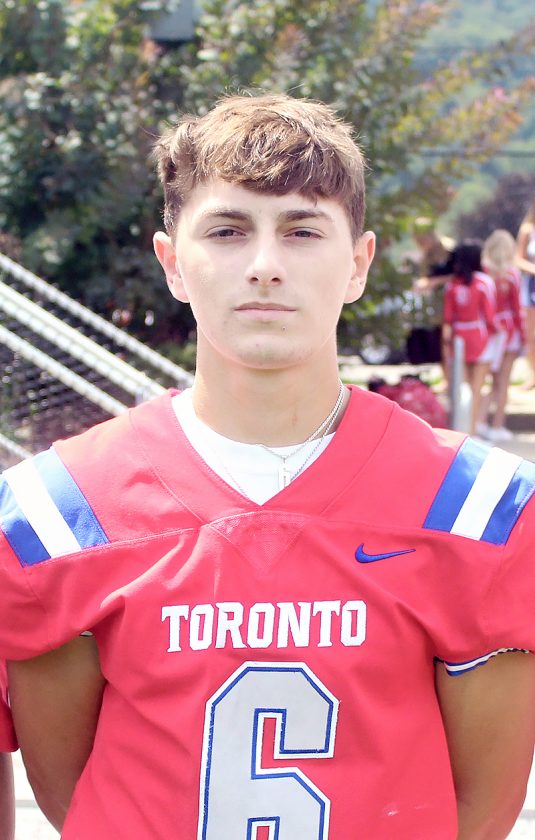 TORONTO — The grand reopening of Clarke Hinkle Field will take place Friday night as rivals Toronto and Wellsville meet on the gridiron to open the season.

The Red Knights and Tigers have a longstanding yearly rivalry, but last season’s game scheduled for Nicholson Stadium was canceled due to COVID-19. This year, the teams will kick off the 2021 season at 7 p.m. Friday night at Toronto.

The game will be the first played on the new turf field.

“They are out of their minds excited about playing on the turf,” Toronto head coach Josh Franke said. “I just left a staff meeting, and the field is nearly complete. We are really looking forward to playing on it this season. It is an honor and privilege for us to be playing on the new turf. We can’t thank Toronto and the people in the community enough for enabling us to play on this field.”

The start of the this season has been moved up giving coaches less time to prepare for the season.

“Honestly with everything being pushed up a week, I’m sure every coach wishes they had an extra week to prepare, but we are here and there is nothing we can do about it,” Franke said. “As a coaching staff, we have tried our best to organize our time so we have adequate time to prepare.

Any game between the Red Knights and the Tigers is a big one, however, this year’s match up is especially important to Toronto senior quarterback Aiden Mick. Mick was the team’s starting quarterback the last time these two teams played — a game Wellsville won, 26-15, at Toronto to open the 2019 campaign.

“The last time we played Wellsville our quarterback who is going to be starting Friday Night — Aiden Mick — threw four interceptions,” Franke said. “Due to disciplinary things, he had to step in and fill that role. He was not expected to start. That was the last game he has started for us. That game has fueled him up this point. I can’t express in words how much this game means to him. When he tapes up before practice, he writes ‘Wellsville’ on his tape. It is the first thing he thinks about when he wakes up, and it is the last thing he thinks about when he goes to bed.”

The team that creates more turnovers and more big plays usually comes out on top.

“One thing we always talk to the kids about before the game is in football there is a recipe for success,” Franke said. “That recipe is turnovers and big plays. If you can minimize your turnovers while getting turnovers from the other team and if you minimize the other team’s big plays while creating your own big plays, whoever does the best in those two categories has a 92 percent chance of victory,” Franke said.

The fourth-year coach sees a lot of similarities between Toronto and Wellsville.

“Wellsville is very similar to us,” Franke said. “They have a similar community. They have the same type of kids. We know they are going to have athletes, and we know they like to play a physical brand of football. Traditionally, they get into the I-formation, and they try to run downhill. I think it is going to be a physical hard-hitting game like it has always been.”

Toronto also has a long and storied rivalry with Catholic Central, and the school has developed a nice rivalry with Edison. Franke said the rivalry between the Red Knights and Tigers is different due to the similarities between the two communities.

“They are just so similar,” he said. “They are a similar community. We are both up on the river. We both come from blue-collar families. Both schools have tough kids. I think the fact that we are so similar adds to the rivalry. It ramps up the rivalry.”

The Red Knights ended last season with a record of 5-4, including one win in the playoffs, while the Tigers finished the season at 4-6. Toronto is looking to get off on the right foot this season, and fortunately for the Red Knights the team is healthy heading into Week 1.

“We are in real good shape health-wise,” Franke said. “We have worked real hard in our practices and in our scrimmages to make sure everyone is healthy. When you go through camp, you are going to have bumps and bruises, but everyone has made this far without any major injuries.”

Franke, a Toronto graduate, would love to be suiting up Friday night to play on the turf field.

“You better believe it,” he said. “Even as you get older, you still want to play. When you are young you think when you’re older that feeling disappears, but it doesn’t.

“We tell our seniors that some of them are never going to play again. We tell them to savor these moments. No matter how old you get, that desire to play never leaves.”