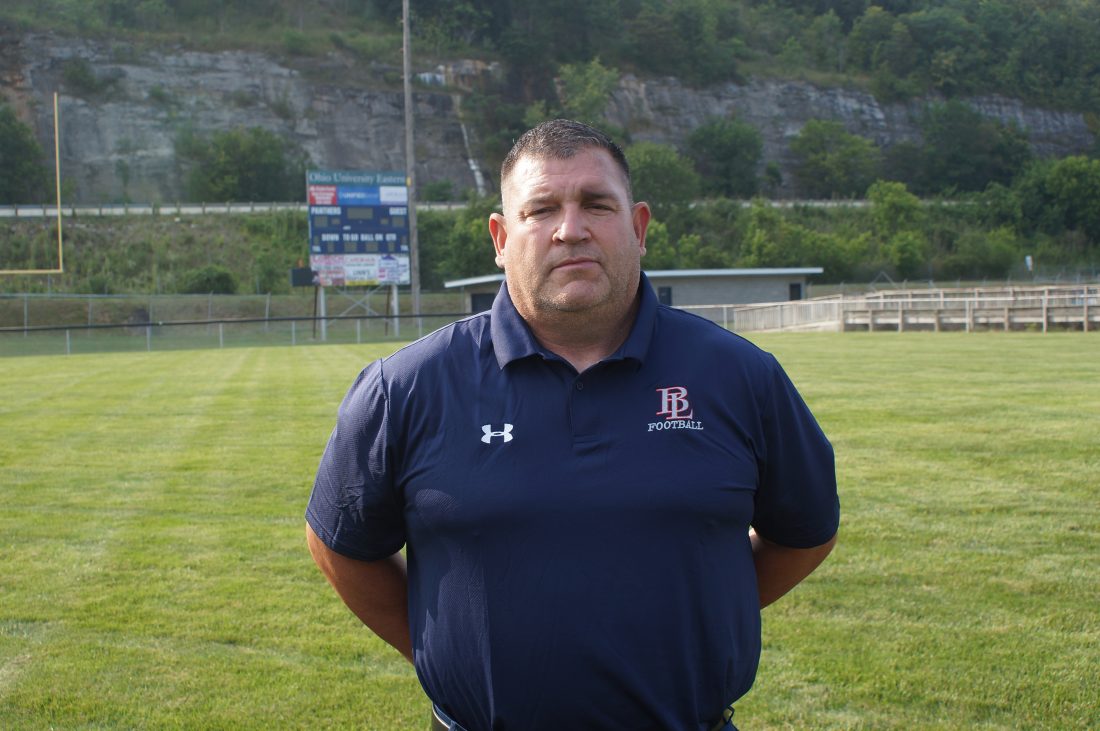 BARNESVILLE — Jim Hoover may be new to being Buckeye Locals’ head football coach, but he’s certainly no stranger to his Panthers’ Week 1 opponent.

“As a player in high school, as a coach, I’ve been around Barnesville for quite some time,” Hoover, who on top of being an assistant with the Panthers last year had stints as an assistant at Edison, Union Local and Martins Ferry, said. “The one thing about Barnesville is they always have hard-nosed kids. I’ve been telling our kids that for the last couple of weeks, we’ve got to be ready for it.

“They’ve got some athletes out there, they’re tough and they’re going to show up and play some hard-nosed football.”

The Panthers, coming off a 3-7 campaign, will look to give Hoover a victorious debut Thursday night with a trip to face the Shamrocks.

It marks the third-consecutive year the teams have faced one another in the season opener and was one of the first big changes as the Panthers started to revamp their schedule the past few seasons.

Barnesville claimed victories in the first two meetings, 33-8 in 2019 and 35-0 last season, however the Panthers come into the opener with a lot of optimism surrounding them.

As has been the case with the first two meetings, the game will be a Thursday night kick.

Hoover, who was the defensive coordinator a year ago helping the Panthers finish as one of the top statistical defenses in the Herald-Star/Daily Times coverage area, is looking forward to his debut as the grid boss.

“I’m real excited,” he said. “The kids have been working hard, I think we have stuff headed in the right direction. We had a good camp, good doubles and a couple good scrimmages. I’m looking forward to it.”

Barnesville had a successful 2020, finishing 6-3, while the Panthers finished strong with wins in two of the last three games.

The Panthers will no doubt be looking to junior standout running back Trey Hoover, the coach’s son, to get off to a good start.

He moved to tailback in the second half of the 2020 season and finished as the area’s top rusher, earning all-area, all-district and all-Ohio accolades averaging better than six yards per carry with more than 1,200 yards and 15 touchdowns.

Along with Trey Hoover, the Panthers boast 15 seniors and what the coach, during the preseason, called “a good nucleus” of returning players.

On the other side of the field, the Shamrocks are coming off a regional semifinal appearance and have also seen an uptick in numbers, though they lost nine seniors including Ayden and Gage Hannahs, their quarterback and running back, to graduation.

Despite the losses, Barnesville does return 14 lettermen.

The Shamrocks were limited to one scrimmage this preseason, so available film was limited, but coach Hoover expects them to run the football with their young backfield.

“Just based on what they did in that one scrimmage, I think they’re going to try to run the ball on us,” he said.

The key for the Panthers, he said, is going to be up front.

“Our offensive and defensive lines have to show up ready to play,” coach Hoover said, stressing the importance of staying healthy. “If they do that, I think we’re going to be fine.”

In the season preview, Shamrocks fifth-year coach Blake Allen told the Times Leader he expects a physical game from the Panthers.

“We know they’ve got size and big backs. They want to play a physical game,” Allen said.

“We know they want to come out and punch us in the mouth, so we’ve got to be ready to play.”