Imagine your boss wanting to give you a long contract with the company. It doesn’t matter what profession it is, whether that’s a construction worker, janitor, billionaire playboy. It really doesn’t matter.

Long-term contracts are nice, but picture your company offering you a 10-year contract. If the money is right, a lot people would sign. You are now set for the next decade.

Now, imagine working at your company for the next 10 years guaranteed. Even if one loves his/her job to the fullest, that’s still a long, long time coming. It’s even longer for the company. And remember, a lot will (not can) change in a decade.

The point I’m trying to make involves the Oakland Raiders resigning head coach Jon Gruden to a 10-year, $100 million contract on Tuesday. Nobody should get a 10-year contract. NOBODY!

There are numerous reasons why these contracts rarely work out. The top one should be that if it doesn’t work out, the team is stuck with the person for a long time. Sure, there could be buyouts, but that obviously costs money. Trading is the best option if you can find a suitable partner. Luckily, at least in baseball, New York and Boston can help somebody out there.

Even if you can think of a few names you want your team to sign somebody to that long of a commitment, think twice. As a Cleveland fan, the only person that comes to mind is Francisco Lindor, shortstop for the Indians. It would be awesome knowing the Tribe will not have to worry about that position for the next decade.

But, what if he gets hurt and is never the same? You think I think too far into the future, huh? Remember Grady Sizemore?

What if Lindor’s numbers start to drastically decrease? He’ll get paid a lot of money to be a problem more than a solution.

You can’t trust 10-year deals, and it’s amazing how teams haven’t learned from that. Gruden is different because he’s a coach. In professional sports these days, keeping a head coach for a long time can be rare. The Pittsburgh Steelers never fire, even with all the fans wanting Mike Tomlin’s head. The Cincinnati Bengals don’t, either (I still can’t figure that out. Fifteen years and no playoff wins? The Bengals might be dumber than the Browns.)

Here’s a little trivia for you: did you know the Indians were the first team to give a player a 10-year contract? Yep, and it was pitcher Wayne Garland in 1977 for $2.3 million (for all 10 years, not per year).

Garland was coming off a 20-win 1976 campaign. He then won 28 games combined over the next five seasons before being waived.

The Texas Rangers signed Richie Zisk to a 10-year, $3 million deal after the 1977 World Series. After six seasons with the Pittsburgh Pirates, Zisk hit 30 home runs for the Chicago White Sox. He was traded to the Seattle Mariners in 1980 and retired six years into that deal.

The New York Yankees gave a 10-year, $23 million deal to future Hall of Famer Dave Winfield when he was 29 years old. He obviously had a great bat and good defense (four American League Gold Gloves).

But, Father Time is undefeated for a reason. Winfield began breaking down and missed the entire 1989 campaign with a back injury. Only once did the Yankees reach the postseason with Winfield, and it was very unproductive for him in 1981.

See? Even giving a future Hall of Famer that deal isn’t worth it. Just ask the Anaheim Angels (I refuse to call them the Los Angeles of Anaheim of California of United States of Earth crap) and Albert Pujols.

Alex Rodriguez got a few 10-year deals. The first was with the Rangers. He was traded two years later. The second was with the Yankees. Yes, ARod helped them win a title in 2009, but then the steroid allegations came out.

Troy Tulowitzki didn’t work out with the Colorado Rockies with all of his injuries. Ryan Braun is not the superstar he once was now that he’s off the juice. Mike Scioscia, manager of the Angels, is currently in his final season of a 10-year, $50 million deal. What have they done the past decade minus a few playoff appearances and no advances?

Derek Jeter got a 10-year deal, and that’s the only one that worked out, for the most part. Towards the end of the contract, he began showing signs of decline. Overall, it worked out nicely. There’s only one Jeter for a reason, though.

Now, that was just MLB to make my case, but let’s look at a few other sports. Do Pittsburgh Penguin fans really think Sydney Crosby will be the same player that he is now when 2025 rolls around? He has a 12-year deal. How about Alex Ovechkin’s 13-year deal with the Washington Capitals? Or Shea Weber of the Nashville Predators (14-year deal)?

The New England Patriots gave Drew Bledsoe a 10-year deal in 2001. Then he got hurt, Tom Brady came around and history was made. The Philadelphia Eagles gave Donovan McNabb a 12-year deal in 2002. That worked out well for about half that time. And don’t forget about the Atlanta Falcons and Michael Vick in 2005. Football is the worst sport to give somebody that long of a deal because of the physicality.

Pittsburgh fans, is there anybody you are comfortable with, player or coach in any sport, giving a 10-year contract to right now? What if the Steelers win the title in a few weeks and Tomlin is rewarded with a 10-year extension?

Decade-long deals are not worth the risk. Five- or six-year deals with options should be the max. If the player or coach is still performing at the highest level after that, then give him or her an extension. Maybe Hue Jackson will get a 10-year deal so the Browns are guaranteed five wins.

WELLSBURG — Morgantown controlled the midfield and the match. The No. 3 seed Morgantown girls soccer team ...

No. 8 Shadyside to host River on Friday night

SHADYSIDE — To say Shadyside has had River’s number since the turn of the century would not be an ... 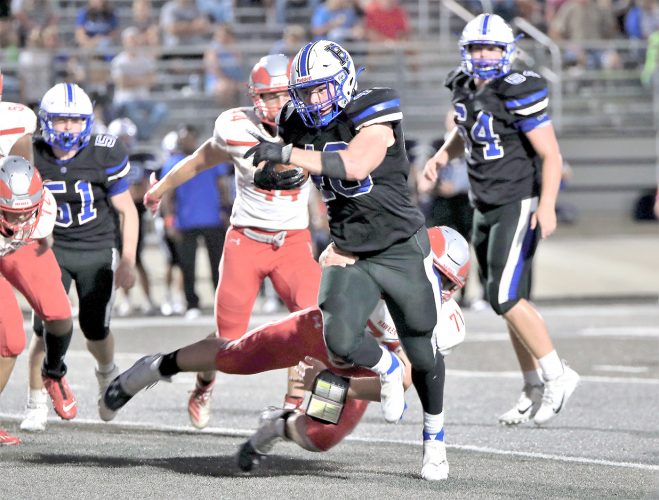 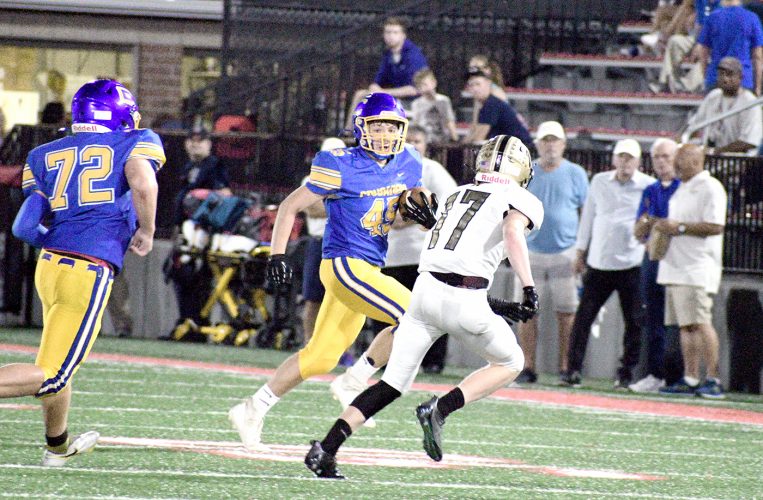