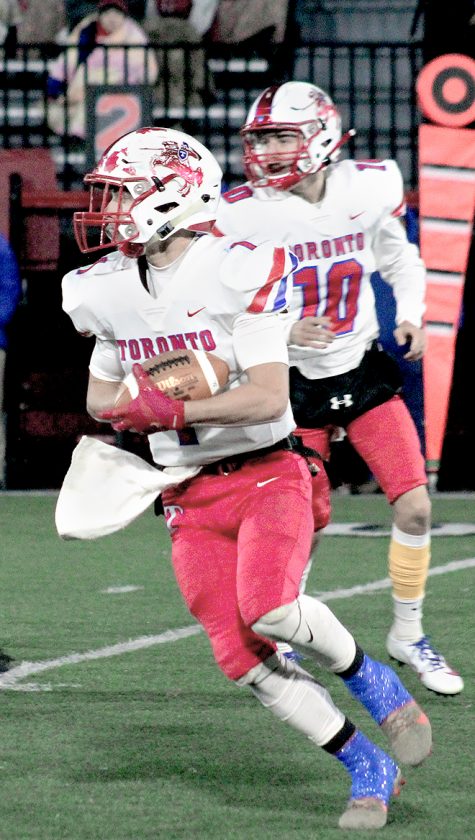 TORONTO — During the summer and throughout the course of the season, Josh Franke prepared his Toronto football team to face a team with a high-powered passing attack in the playoffs.

As it turns out, the Red Knights open the playoffs hosting such a team when St. Thomas Aquinas out of Louisville invades Clarke Hinkle Field Saturday in the opening round of the Division VII, Region 25 playoffs.

“We have seen some prolific passers over the course of the season,” Franke said. “We had Kobe Mitchell at Harrison Central, we had Nick Chaney over at Oak Glen and Santino Arlia over at Weirton Madonna. Here we go, we have another prolific passer coming in with another high-powered offense through the air. That is why we did all of those seven-on-sevens over the summer. It’s almost like it’s fate that we would draw a passing team, because I said all summer we are doing these seven-on-sevens. We’re traveling and doing these tournaments with big teams that are more athletic than us to prepare us for a postseason matchup with a passing team — and here we are.

“We want to draw on our experience. I think we’re prepared for a team like this.”

The Knights, 6-3 and the No. 6 seed, come in averaging 27.78 points per game. Franke compared them to the Blue Dons, who Toronto soundly defeated a couple of weeks back. The Toronto defense ranks third in the Herald-Star/Daily Times coverage area, allowing 14.1 points and 194.2 yards on average. The Red Knights have the best defense against the pass of all area teams, allowing just 73.5 yards through the air per game.

“They are very athletic. They are a heavy passing team. Their quarterback has thrown for over 2,000 yards. They have a receiver (Asian Burt) with over 60 receptions and closing in on 1,000 yards for the season,” he said. “They want to spread you out and throw the ball all over the place. They are very similar to Weirton Madonna offensively. On defense, they run a 3-4 and walk their linebacker up a lot to your tight-end sets. They play man coverage across the board, again very similar to Weirton Madonna. They think their athletes are better then your athletes, and that is how they play.

“There’s nothing too complex that they run. They don’t try to trick you. They say, ‘Hey, this is what we run, try to stop us.'”

Getting back to the playoffs and hosting a playoff game have been two goals Franke and company have discussed all season. Those boxes are checked.

“It’s huge. Any time your kids set a goal for themselves and you see them reach that goal, it is awesome,” Franke said. “To be able to help them reach their goals, that’s why you get into coaching, so you can help them achieve the things they want to accomplish on and off the football field. We had a conversation after the game Saturday that now you’ve reached your goal, but once you reach a goal you don’t stop. You set a new goal. They came to practice and talked about new goals and what they want to accomplish moving forward.”

To get there, the Red Knights, the No. 3 seed and 8-2, played in a playoff-type game in their last outing, holding off a desperate Catholic Central squad, 13-6, Saturday night at Harding Stadium. That experience, and the experience of some of the Red Knights’ other games this season, make Franke feel his team is battle tested.

“It helps us a ton. We told our guys that it was a playoff game because Central had to win to play on, and we had to win to host,” he said. “Being battle tested is something I think we have the experience doing. We played Crestwood in a tight game, we played Harrison Central in a tight game, obviously Catholic Central was a tight game. We have played some games where we have really been put to the test and had to fight through some adversity. Just being able to have the experience of being in those types of games is big because not everybody that is in these playoffs can say that they have that.”

As much as that experience may help his team, he knows what matters most still lies ahead. 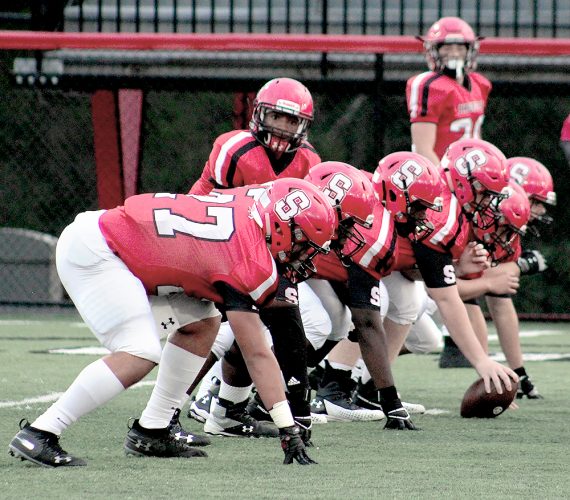