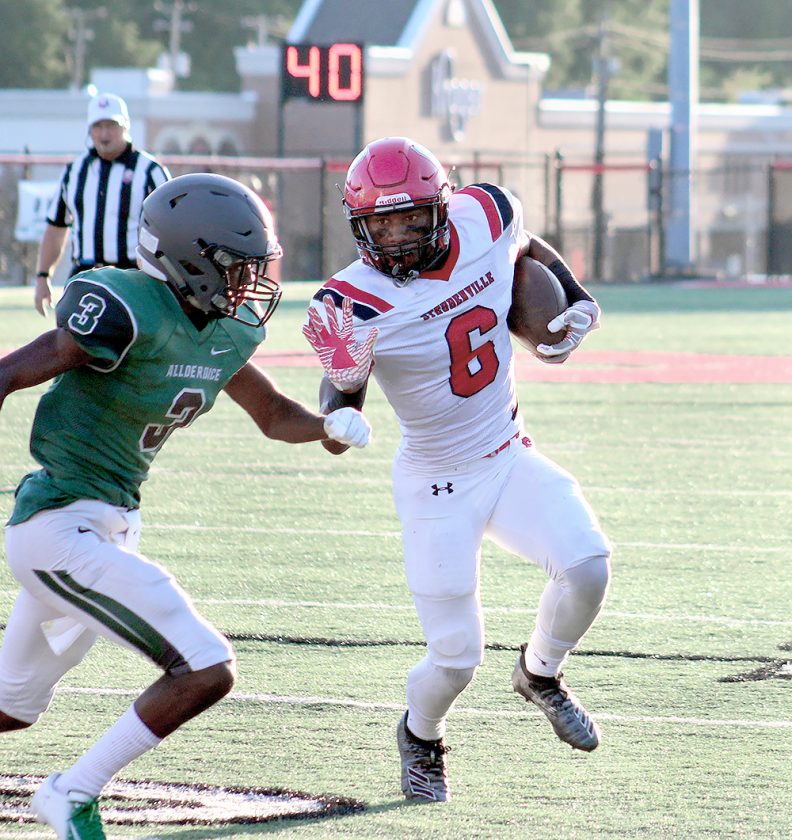 STEUBENVILLE — When the 2019 schedule was announced, Reno Saccoccia figured to be busy this week preparing his Big Red for a home game against Canada Football North St. Joseph.

Unfortunately, St. Joseph officials announced in mid-August their program had been shut down. Thus, Big Red finds itself with a Week 8 bye for the second time in five years. Due to changes in Pennsylvania scheduling, Pittsburgh University Prep canceled a Week 8 contest with Steubenville in 2015.

“We’ve made a list of things we haven’t done as efficiently as we would like through the first seven weeks,” Saccoccia said. “Our plan is to spend time working on those things during practices early in the week.”

Big Red stands at 5-2 following its heartbreaking 56-55 overtime loss to National Christian Academy. Saccoccia and company will return to action Oct. 25 when they travel to Columbus DeSales, which sports a 6-1 mark and visits Columbus St. Charles this week. The Stallions are fourth in this week’s Division II, Region 8 computer standings.

The regular season concludes with a home game against currently unbeaten Linsly on Nov. 1. The Cadets, 7-0, will face Kiski Prep and Hudson Western Reserve Academy before invading Harding Stadium. Linsly is considered a Division VI school by the OHSAA.

“Our primary goal will be to find ways to stay mentally sharp,” Saccoccia said. “Once we work on that list, we’ll spend time working on some of the things we have done well so far. Once Saturday morning arrives, we’ll start getting ready for DeSales.”

Through seven games, Big Red has:

¯ Dominated time of possession, averaging 31 minutes per game compared to 17 for its opponents.

¯ Collected 173 first downs compared to 182 for its opponents.

¯ Averaged 39 yards per game in penalties.

¯ Surrendered just 46 yards per game on the ground.

Tailback Tayveon Crawford continues to post impressive numbers for Big Red. In the loss to N.C.A., he toted the pigskin 49 times for 338 yards and six touchdowns. For the season, the senior has 1,586 rushing yards and 22 scores. He leads the area in rushing attempts, yards and touchdowns.

Randy Mitchell continues to be efficient for Big Red at quarterback. The senior has completed 64 percent of his passes for seven touchdowns.

Stone Biacco is Mitchell’s favorite target. He has 22 receptions. Luke Zorne is second on the team with 16 grabs.

Despite the loss to National Christian, Big Red remains fourth in the Division III, Region 9 rankings. New Philadelphia leads the region, followed by Streetsboro and Aurora. Those three clubs are 7-0 apiece.

“Right now, the playoffs are the farthest thing from our minds,” Saccoccia said. “Like I said, we have made a list of things to work on, and we’ll do that. We still have plenty of room for improvement.

“What I really like about our players is they keep working hard and want to keep getting better. We’ll use this week to take care of some things and be prepared to play hard in our final two regular season games.”