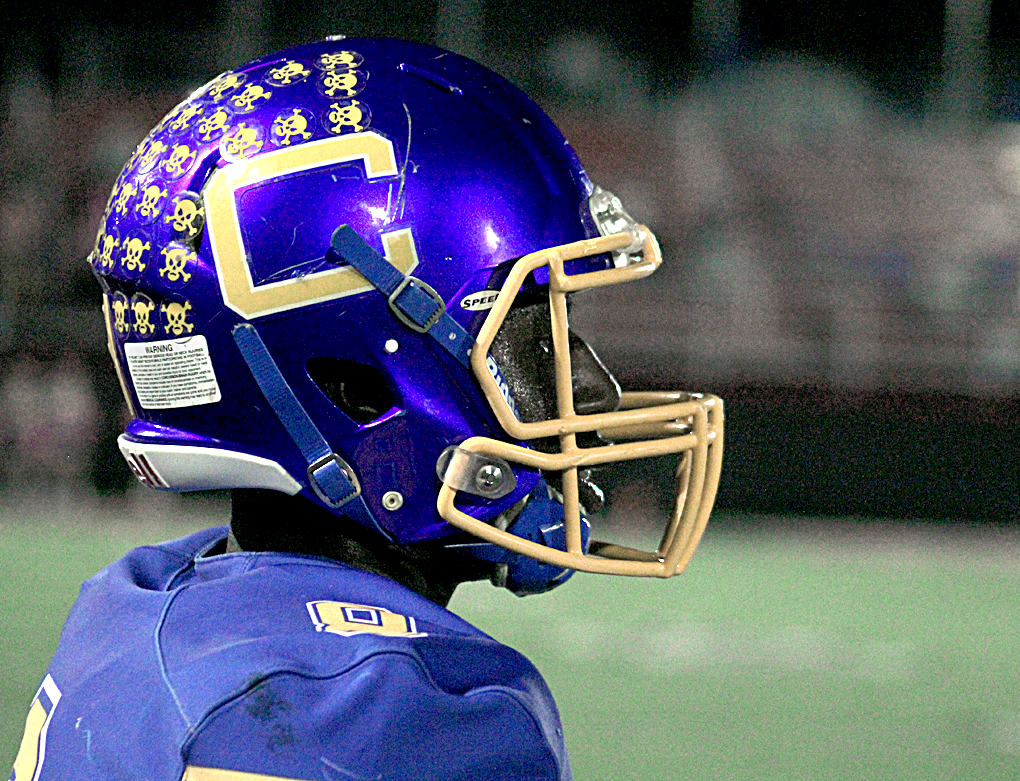 STEUBENVILLE — Win and they’re in, maybe, even with a home game. Lose and, well, maybe.

The second meeting between the schools (Central made the long trip to Beverly last year and lost 49-13) will start at 7 p.m. inside Harding Stadium.

Central improved to 7-2 with its 70-6 rout of Madonna on Saturday and currently is ranked fifth in the Division VI, Region 21 computer standings. The 8-0 Cadets (their Week 4 game with Federal Hocking was canceled) are third in Region 23 and already have clinched a playoff spot. Both teams own victories over Barnesville (the Crusaders clipped the Shamrocks 28-20, while Fort Frye posted a 42-20 triumph.)

“It would be nice to know for sure sometime Friday,” Central coach Steve Daley said about the Week 11 scenario. “The way things look right now according to Drew Pasteur, who’s pretty good with this stuff, it would be a stretch for us not to get in.

“We’re still approaching this as a playoff game and a must-win.

“A win could potentially get us a home game. We’re sitting at five right now. If things go well for us with our second level points and we’re able to take care of business Saturday, we could be at home. I know this — it would be great for our kids to have a home game in Week 11.”

In posting its eight victories, Fort Frye has scored 318 points, while allowing just 87. The Cadets have rushed for 2,311 yards and thrown for 818.

“They are undefeated for a reason,” Daley said. “They are a darn good football team. Offensively, they don’t do a whole lot — they are not real fancy. From watching them on film, it looks like they run what appears to be six different plays. But, they run them real well.

“Their quarterback does a nice job of hiding the football. They are very sound and very, very well-coached. They’ll mix it up on you. The quarterback is a three-year starter and threw for more than 1,000 yards the last two seasons. When they do throw it, it usually is for a big play. Up front, they have kids who get off the ball and get after it on both sides. We have to be able to control the line of scrimmage in order to have a chance.”

Justin Hartzell, Central’s senior quarterback, enters the game needing just 47 yards to the top the 1,000-yard mark for the season. He has run for 14 touchdowns. Through the air, he’s completed 61 passes, eight led to scores, for 872 yards.

Thanks to his strong outing against Madonna, Jaden Keeder now has 578 rushing yards and six scores. Jeffrey Dawson has run for 423 and eight touchdowns. Both are juniors.

“We’re looking for a win. It’s no different than any other week,” Daley said. “Our kids remember last year. We went down there and didn’t perform well — we all know that. Our kids want to redeem themselves. They want to finish things off right.

“Last year kind of ended on a bad note. We lost down there in Week 10, then we bounced back and played pretty well in Week 11. If you’re fortunate enough to get to Week 11, you want to go in on a winning note.”

Daley reported his Crusaders are in good shape health wise for Saturday. Anthony LeFever is back with the team after missing several games with an injury.

“They are a special class,” Daley said. “They are the group that held us together this year. That says a lot about them and the type of young men they are. I hope a few of them go on to play at the college level. I think every one of them will be successful regardless of what they do because they are just those types of kids.”