Steubenville parade ushers in the holidays 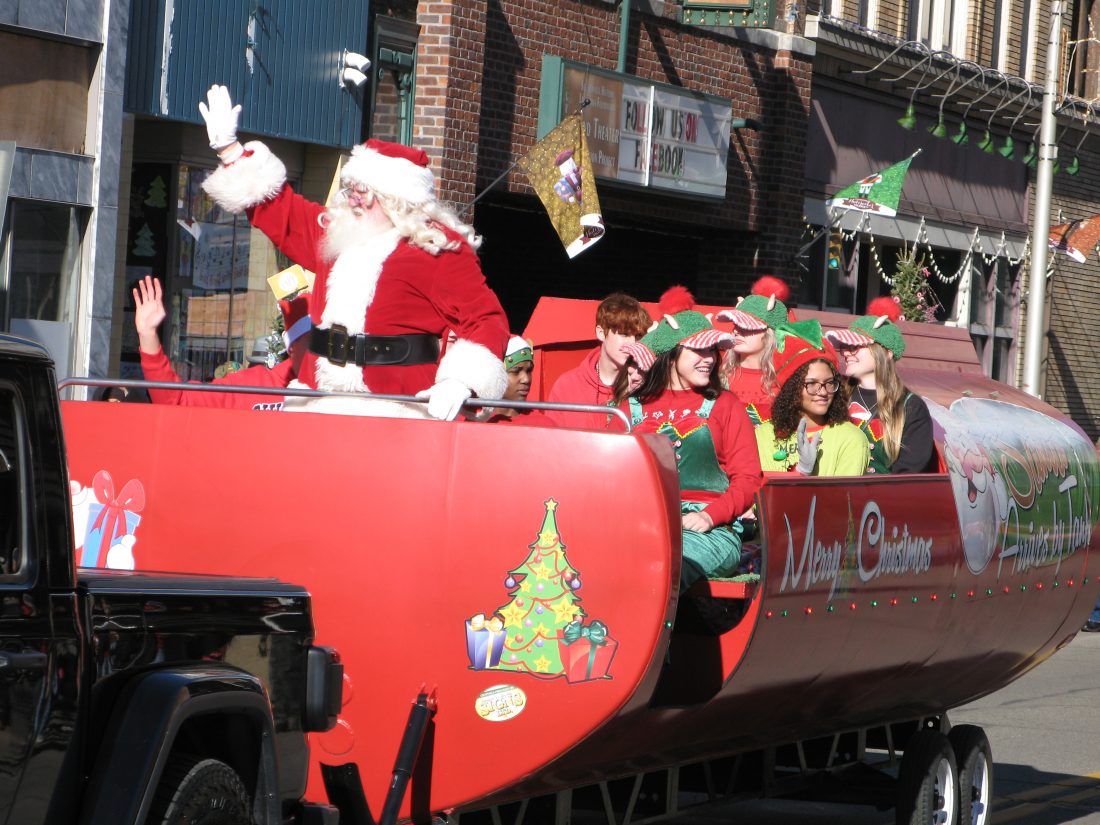 MESSENGER OF CHRISTMAS — As the last to appear in the Eastern Gateway Community College Sights and Sounds of Christmas Parade Saturday, Santa Claus again brought the Steubenville procession to a close. -- Warren Scott

STEUBENVILLE — Those looking for a way to celebrate the arrival of the Christmas season had many ways to do it in Steubenville Saturday.

A sunny, blue sky and a street lined with Christmas trees and life-sized nutcrackers served as the backdrop for the Eastern Gateway Community College Sights and Sounds of Christmas Parade.

Many watched as a variety of decorated floats and vehicles made their way down Fourth Street.

Among the many units were a large snow globe containing tuxedoed crooners singing Christmas songs, a recreation of a scene from “The Nightmare Before Christmas” with young dancers in the guise of that animated film’s spooky characters and aboard a tractor trailer belonging to Eastern Construction, a bulldozer slowly lifting a caged Grinch into the air.

Members of the Northern Panhandle Shrine Club and area emergency departments drove various vehicles along the parade route to the delight of many children.

Appearing in a horse-drawn carriage were Richard and Heidi Pflug, a long-time local businessman who has quietly supported various causes.

Parade-goers could take advantage of the day’s sunny weather while visiting the assorted vendors in the Advent Market at Historic Fort Steuben or taking in the offerings at Beatty Park.

Volunteers in the Friends or Beatty Park Revitalization Group arranged for a live nativity, area singing talent and storytelling by local historians at the site.

They also decorated the park’s Old Stone Lodge for the occasion.

While they awaited the start of the parade, attendees were asked what they enjoy about Christmas in the Ohio Valley.

“I like the nutcrackers,” said Dana Ferguson of Bloomingdale, who referred to the popular Nutcracker Village.

“We were here last night and it was lovely, and now I’ll get to see them again.”

Angela Dokes of Steubenville said there’s a sense of unity among Ohio Valley residents during the holiday season.

“It brings people together. No matter their differences or what’s going on in this town. It’s like we’re one big family,” she said.