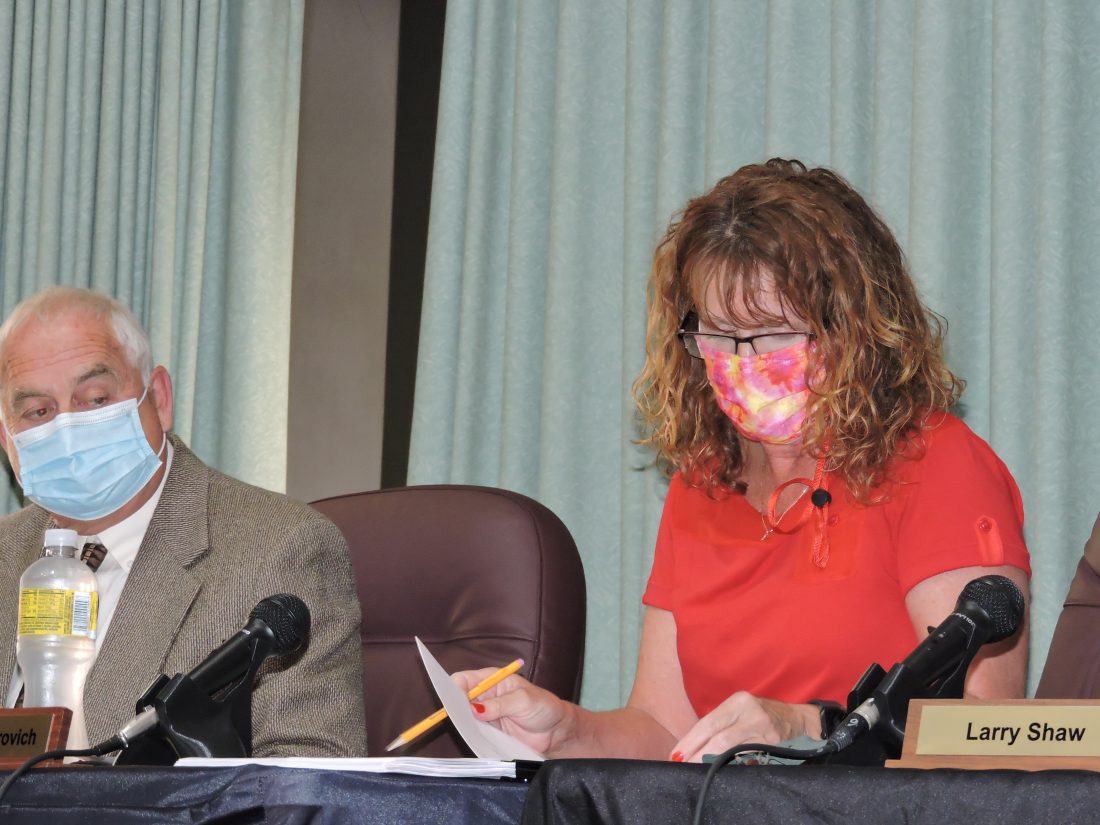 NEW CUMBERLAND — The Hancock County Board of Education, during its meeting Monday, agreed to extend its face covering requirement for the school district through the middle of October, at which time the issue will, again, be revisited.

By a 4-1 vote, the board extended the rule – which requires all students, staff and visitors to wear a face covering in all school district buildings and on buses, regardless of vaccination status – through Oct. 14. The issue will be discussed at the board’s Oct. 11 meeting.

As with when the rule was enacted Sept. 8, board member Chris Gillette cast the lone dissenting vote.

In making the recommendation for the extension, Superintendent Dawn Petrovich reminded those in attendance, early in the school year, there had been 42 individuals testing positive for COVID-19, resulting in 551 people quarantined.

“Some were quarantined twice in only a couple of weeks,” she said.

“A couple of our schools didn’t have to quarantine anyone,” Petrovich noted.

Board President Danny Kaser also noted, 15 of those quarantines were in effect prior to the order being issued.

When implementing the face covering rule, officials stated by wearing the masks, if a positive case of COVID is found, those around the person wouldn’t necessarily have to be quarantined, reducing the amount of disruptions in schools.

An unidentified man in the audience openly took issue with the decision, saying only one positive case on the Oak Glen High football team had resulted in the entire roster being quarantined.

“I disagree with the action,” he said, removing his mask and leaving the building. “It’s un-American.”

Board member Larry Shaw noted he had been informed the team may not have fully been following the mask rule.

Earlier, during the delegations portion of the meeting, resident Teri Pasco addressed the board, noting she previously had provided information to members she said shows masks are ineffective in preventing spread of COVID-19, adding the masks, when worn long-term, become contaminated.

“The masks aren’t capturing the virus, but they sure are capturing bacteria,” she said.

Petrovich explained the mask requirements follow recommendations passed down by the state Department of Education.

“These are not my rules,” she said. “We only have to play by them.”

Shaw noted there has been no change in state recommendations in the last three weeks.

Currently, 53 of West Virginia’s 55 county school systems have some form of mask requirement in effect. A copy of Hancock County’s rule can be found on the school system’s website.