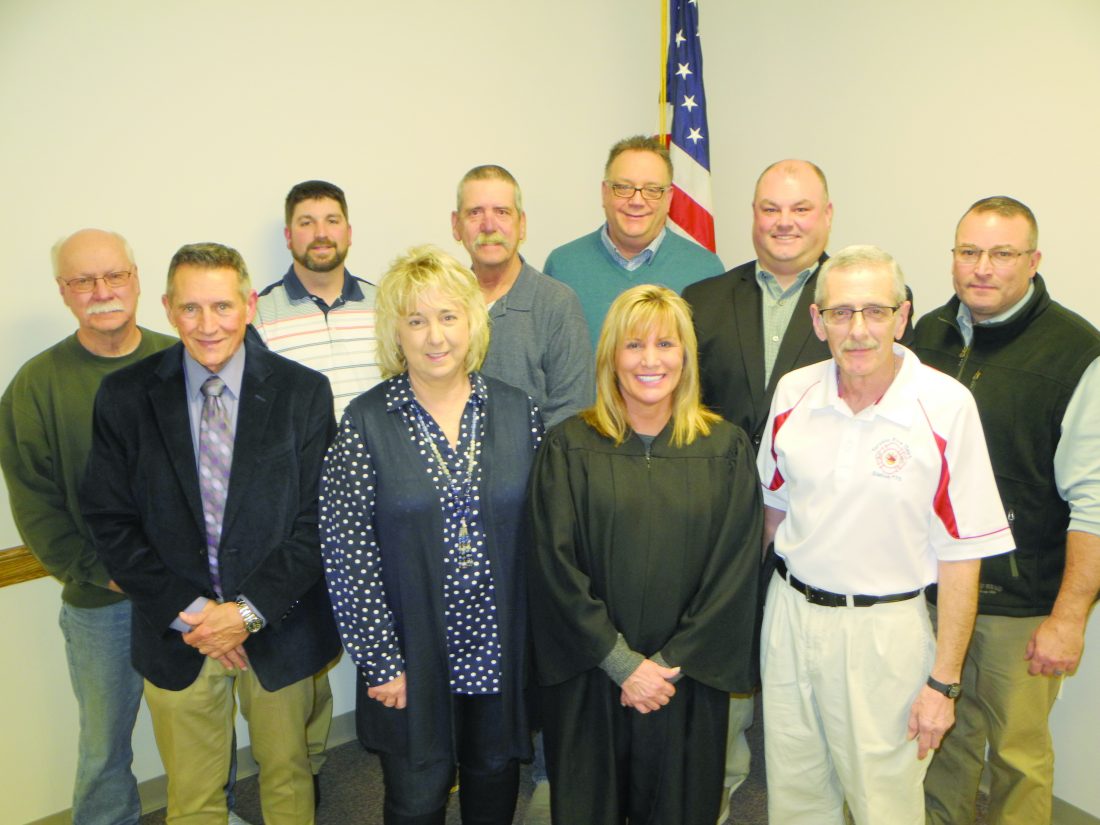 TORONTO — The future name of the former Karaffa Elementary School and pavement of city streets were among matters before Toronto Council on Monday.

While pursuing completion of Toronto Elementary School, a $10 million addition to Toronto Junior-Senior High School, Toronto school officials agreed to transfer ownership of the former school to the city.

City officials have made plans to relocate youth sports programs offered at the city’s Roosevelt Center, senior services and some city offices there while the school district will use some of the building for pre-school classes and administrative offices.

In a letter received by council on Monday, Carolyn Walker, president of the Historical Society of Toronto, said that group also has weighed moving into the school.

The group made its annual request for $2,400 toward its daily operation of its museum, including rent for its present location at 307 Main St.

Walker said the group isn’t sure if the building will be a good fit for its museum in part because it may be renamed the Toronto Recreation Center.

Council President Frank McEwen said while the building has been casually called that, an official name hasn’t been chosen.

Councilman at large Stephen Rebich said there’s been talk of retaining the Karaffa portion of the school’s name.

In 1985 the building, then a middle school, was renamed for Joseph T. Karaffa, a former superintendent and long-time educator.

Following the meeting, McEwen said the historical society also has considered whether it should remain on Main Street, part of the site of the Toronto Arts Festival and other events, or move to the more handicap-accessible school.

Rod Henry, the city’s recreation director, said making the school’s restrooms more accessible for senior citizens is among work still to be done there.

Rebich said though the city’s not completely moved in, many residents have asked about the rental space city officials announced would be available.

He said the city already has received requests for 16 birthday party rentals so a $50 per hour rental fee has been established, with a minimum of two-hour rentals, for each of the following areas: The gym, commons area and kitchen.

There also will be a $100 refundable security deposit.

In other business, McEwen encouraged council members to consider streets for paving this year. He noted council delayed paving while Columbia Gas pursued plans to replace gas lines beneath the streets.

“We didn’t want to put down pavement, then have them tear it up,” he said, explaining later crews working for the utility would patch streets affected by their work but not repave them.

But McEwen said the gas company hasn’t replaced lines in the city for at least two years and hasn’t indicated when it will return while a number of street are deteriorating.

He said among them are areas of Franklin Avenue, Dennis Way from Wentworth to Federal and Walton Acres.

Bertram said while the city may not be directly affected by the landfill, he would like to support other government entities in their opposition to the landfill.

A New York company has offered to assume cleanup costs for the landfill, which was improperly closed, in exchange for reopening it to accept a large amount of out-of-state waste.

The Jefferson County Health Board, Wintersville Council and others have opposed the move, citing concerns about impact on the environment and property values.

Allen said he will prepare a resolution but to ensure their voice is heard, village officials and residents should contact state representatives and environmental officials directly.

“It takes individual people calling and writing,” he said.