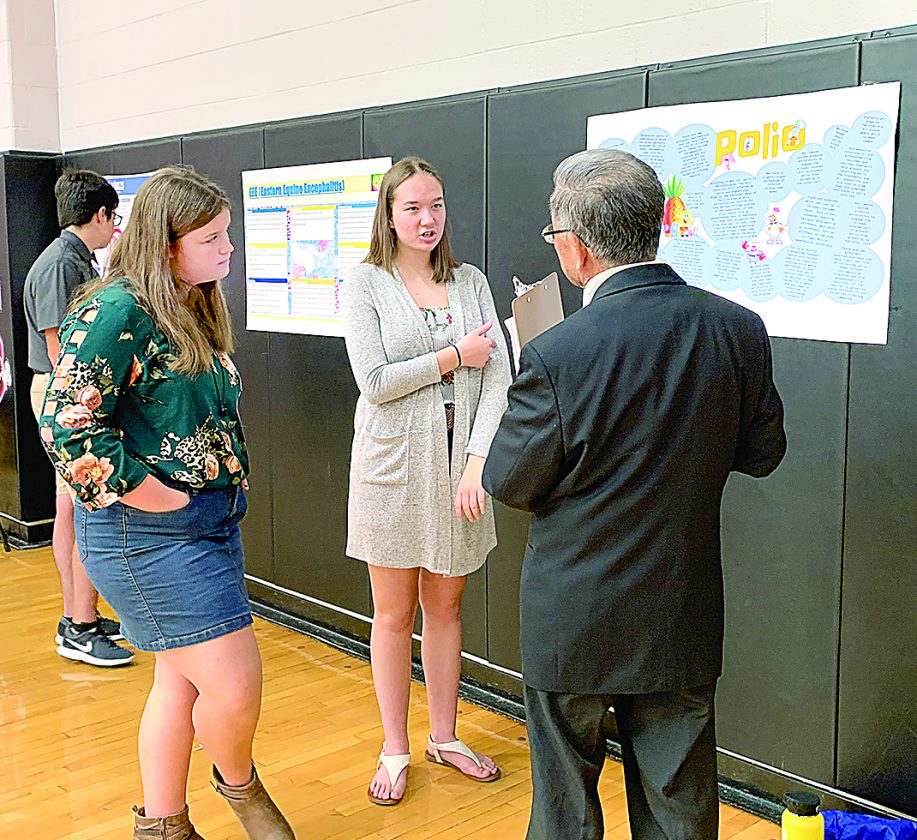 STEUBENVILLE — Corryn Lahr and Lila Nemeth admitted they were nervous when Dr. Santiago Ching started grilling them about their science project.

“We thought we had a lot of our material memorized, until he started asking us questions and we realized we didn’t,” Nemeth said.

The girls, sophomores at Steubenville High School, squirmed even more when Ching asked them about their career ambitions.

“Health care is a major field,” Ching enthused. “There are a lot of things you can do.”

“It’s probably not going to be in the science field,” Nemeth told him, apologetically. “I’m not as good in science as I am in other areas. I’m thinking something with art. I like visual things.” 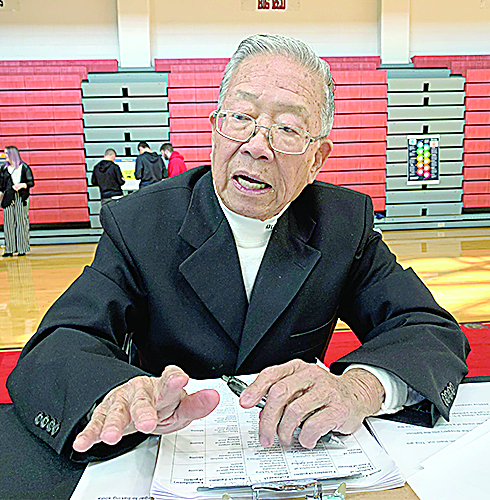 If he was disappointed Ching didn’t show it, pointing out there was still time for them to change their minds.

“We have a horrendous lack of doctors in the United States,” he said. “It’s predicted about 125,000 will be needed by the year 2025. There are many reasons for the shortage: It costs so much to go to medical school; doctors work long hours, really long hours; many kids say they can make more money in wealth management or finance; and they’re always afraid of lawsuits and insurance for malpractice is so high. So if we can encourage this batch of high school students to work in health care, it will be beneficial to them and (the community.)”

Ching was at SHS Wednesday to celebrate the first Ching Family Health Science Fair, what he says will be an annual event designed to encourage young people to think about how science, math and medicine impact their daily lives as well as their career potential. In addition to researching their topic, students were required to create visual and oral presentations.

Science Department Head Kayla DiMarzio said they had students from Harding Middle School presenting on topics including addiction, vaping, mental illness and antibiotic residence, in addition to the sophomore scholars. About 210 fourth-graders were invited, and did an interactive project with senior physics students. She said the biology teacher also “brought down different organism specimens and presentations his students worked on with them,” she said.

“It’s also an empathy project,” DiMarzio added. “They’re learning how to work with people from a variety of grades, so they’re exploring health careers and working on their own personal empathy and professionalism.”

Ching figures some of the students benefited from the expertise of their parents, but said that’s OK.

“It’s not just about knowing how something is developed and understood, but the cooperation between parents and children,” he said.

“For example, someone did a project on decaffeinated coffee. I know you have to be an engineer to do that but it doesn’t matter because the kid understood the process, I’m more interested in that.”

Ching said young people need to realize every subject they study is important, because one day they might be the key researcher working on a treatment for a problem. Maybe it will help them, their neighborhoods or their nation, or they might invent something.

“We just want to plant the seed, let it grow and flower and produce more seed,” he said.

“This is a promise,” he added. “Next year’s (health science fair) will be bigger and better.”