Dungeon Hollow beers to be featured at Ohio State Fair 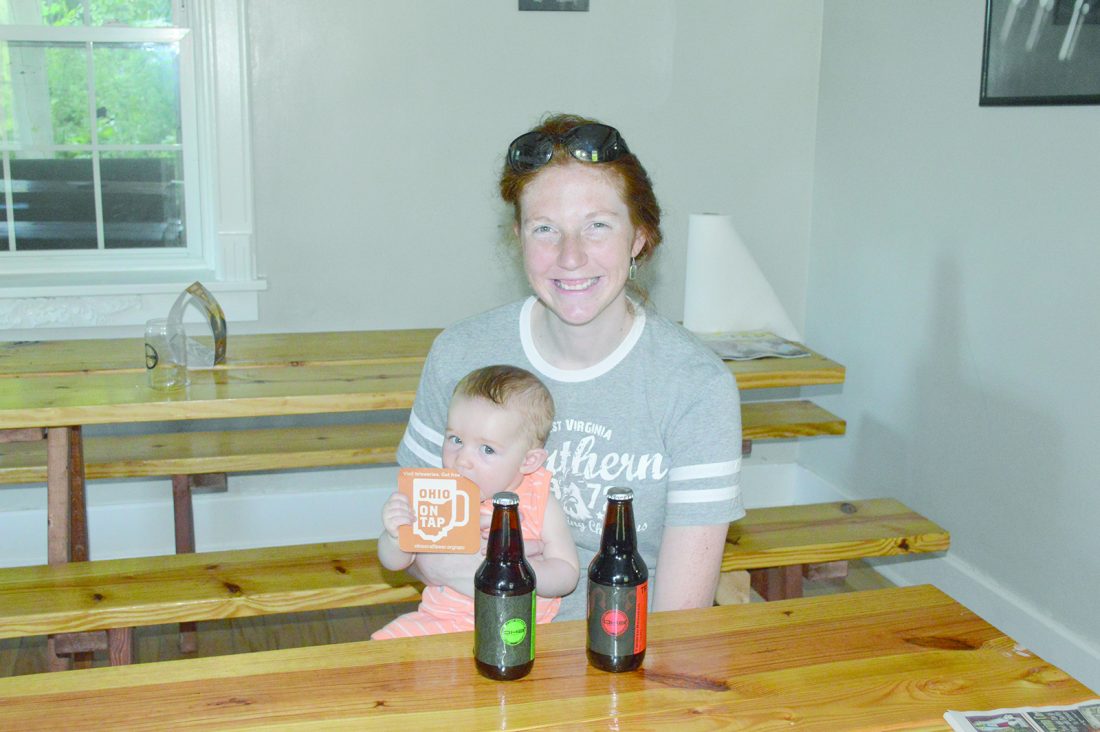 RED-HEADED INSPIRATION — The red-headed inspiration behind Dungeon Hollow Brewing Co.’s Twisted Red Head Irish Red Ale, Heidi Ryan, and daughter, Daisy, show off a bottle of the ale, as well as bottle of Hopside Your Head IPA. Both beers will be featured at the Ohio State Fair’s Ohio Beer and Wine Garden, which will run Wednesday through Aug. 4. -- Amy Neeley

BLOOMINGDALE — The Dungeon Hollow Brewery, 572 county Road 22A, has become a valley favorite since it opened in 2018, and now it has the chance to bring its craft-brewed beers to a statewide audience.

Two of the brewery’s favorite beers — Twisted Red Head Irish Red Ale and Hopside Your Head IPA – will be featured at the Ohio State Fair’s Ohio Beer and Wine Garden from Wednesday through Aug. 4.

Heidi Ryan, co-owner, said the fair chose 24 breweries out of the 300 currently operating in the state to participate.

“It’s super cool that this little 100-gallons-at-a-time brewery got picked among all these big ones,” said Bill Ryan, co-owner and brewmaster.

Heidi Ryan said the Ohio Beer and Wine Garden is new to the fair and will only serve beer and wine crafted in the state.

The brewery only began bottling its beers in January, and the Ryans said they were excited when their work was picked to be sold in the Columbus area.

Bill Ryan explained the brewery cannot sell its beers off of its current premises, but it can sell beer wholesale to be served in other establishments.

He said this is a chance for real expansion of their brand.

“In business you are either growing or you’re dead,” Bill Ryan said. “As (the brewery) grows, it makes jobs and helps the local economy.”

Heidi Ryan said the brewery has really been growing on its own and this was just an added bonus.

“It has really been picking up,” she said.

They are also available for weddings and other events.

No matter how large they get, Bill Ryan said he plans on keeping things the same.

“We are going to keep with what we are doing,” he said. “People come in for this because it doesn’t feel corporate.”

The Ryans also host different events, including live music and comedy shows. Their next event will be Christmas in July, which will be held Friday. They said $1 from every beer sold will be donated to a children’s Christmas charity.