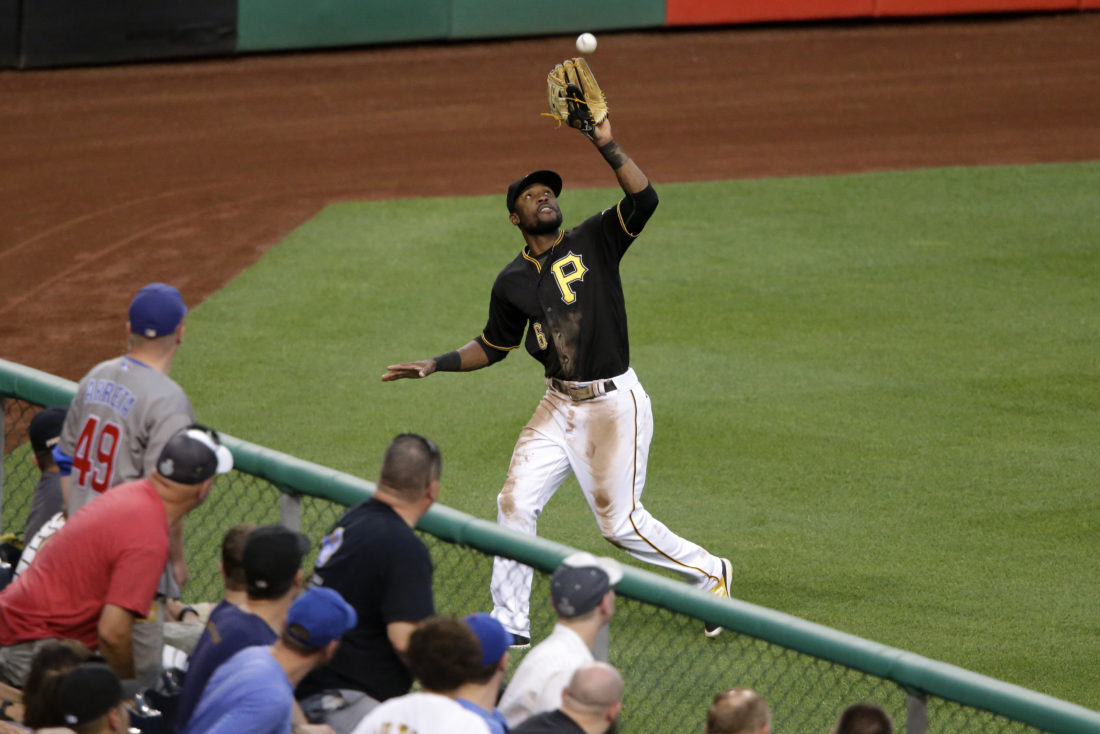 The 28-year-old frequently put his premium speed and range on display in PNC Park’s expansive left field, but his arm may have been his most valuable weapon.

Marte led the NL with 17 outfield assists, the most by a Pirates player since Dave Parker had 26 in 1977 — and he did that despite playing only 129 games, as a lingering back injury cost him most of September. His 33 outfield assists over the last two seasons are the most by a Pittsburgh outfielder since Parker posted 38 from 1977-78.

Francisco Lindor has come a long way from the hill near his childhood home in Gurabo, Puerto Rico. Lindor would position himself at the bottom and his dad, Miguel, would be halfway up the knoll with a bat, sending rubber balls bouncing down for his young son to field.

Those yellow rubber balls have led to gold. On Tuesday night, Lindor was named the American League’s Rawlings Gold Glove Award winner for shortstop, becoming the youngest shortstop to win the award since Alan Trammell in 1980. Since being called up to Cleveland two seasons ago, Lindor has not only emerged as an energetic leader and impactful offensive player, but one of the elite defenders in the game.

Lindor became the first Indians player to win a Gold Glove since Grady Sizemore captured one of the AL’s outfield awards for the 2008 season.

Before Lindor this year, Omar Vizquel was the last Cleveland shortstop to take home the annual hardware, doing so in ’01.

Lindor, 22, is the youngest middle infielder in team history to win a Gold Glove and the youngest Tribe player to win one since 1976 (center fielder Rick Manning, 21).

Like Lindor, Trammell won the AL Gold Glove at short at 22 years old, doing so for Detroit in ’80. According to the Elias Sports Bureau, Lindor and Trammell are the only shortstops under the age of 23 to win a Gold Glove Award in baseball history.

PITTSBURGH — Adam Frazier is making the most of his chance as Pittsburgh’s new left fielder. Frazier had a ...