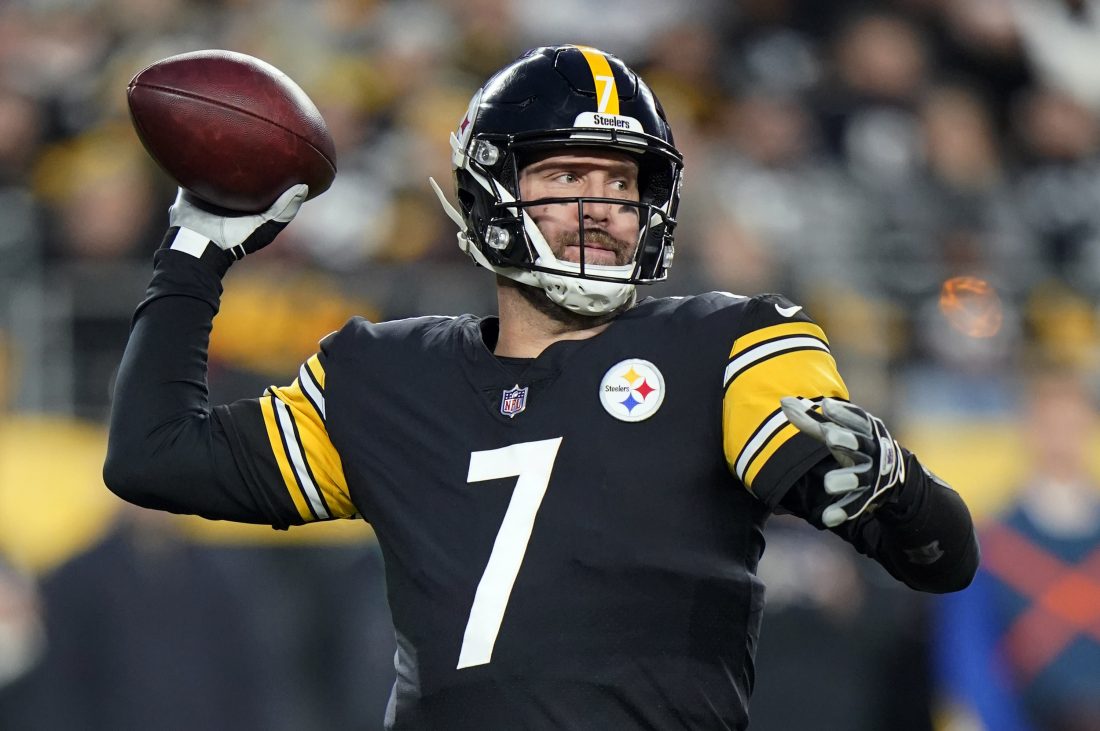 PITTSBURGH (AP) — If the end is near for Ben Roethlisberger, he’s not telling. Not publicly anyway. The longtime Pittsburgh Steelers quarterback insists he won’t make a final decision about his future until January at the earliest.

Until then, he is intent on savoring each moment as it comes. Moments like the giddy postgame locker room on Sunday night inside Heinz Field, when a surprised Roethlisberger received the game ball following the 39th fourth-quarter comeback of his career, a 20-19 victory over Baltimore that will be remembered for Roethlisberger’s vintage second-half play and a gutsy — if ultimately fruitless — decision by Ravens coach John Harbaugh to go for the win in regulation.

“You should always try to savor moments like this,” Roethlisberger said after throwing for 236 yards and two fourth-quarter touchdowns to Diontae Johnson.

“I try and reiterate that to guys. Whether you’re in your first year or your fifth year, your 20th year, you should always appreciate this moment.”

One the Steelers (6-5-1) desperately needed in order to be any sort of factor down the stretch. Pittsburgh ended a three-game winless skid behind a flash of brilliance from Roethlisberger and Johnson and the long arms of linebacker T.J. Watt.

Watt finished with a career-high 3 1/2 sacks despite missing practice all week after being placed on the COVID-19 list, and his presence forced Lamar Jackson’s 2-point conversion throw to tight end Mark Andrews to fall harmlessly to the turf after a 6-yard touchdown catch by Sammy Watkins drew the Ravens (8-4) within a point with 12 seconds to go.

Rather than turn to the NFL’s best kicker to force overtime by going for an extra point, Harbaugh told Justin Tucker to remain on the sideline and asked Jackson to win it in regulation. Jackson took the snap and looked his right, but in an effort to keep the ball out of Watt’s reach, he ended up leading Andrews too far. The pass smacked off Andrews’ outstretched hands and the Steelers escaped.

Harbaugh pointed to the play of his injury-depleted secondary — a list that now includes star Marlon Humphrey, who left in the second half with an issue Harbaugh did not disclose — as the main reason to avoid overtime.

The Ravens certainly looked a step slow over the final 15 minutes as Roethlisberger hit a wide-open Johnson for scores of 29 and 5 yards, the last a flip that gave the Steelers a 20-13 lead with 1:48 to go.

“We were pretty much out of corners at that point in time,” Harbaugh said. “It was an opportunity for us to win the game right there. … You saw the play. It’s that close. It’s a game of inches.”

Baltimore remained in first place in the AFC North despite the loss after Cincinnati fell to the Los Angeles Chargers earlier in the day. Still, the Ravens missed a chance to put away their longtime rivals thanks in part to an inability to protect Jackson.

The Steelers sacked Jackson seven times, including 2 1/2 by former Ravens defensive lineman Chris Wormley, who was traded to Pittsburgh before the 2020 season.

“I told (Wormley) when he got here, I said, ‘Man, when a team trades you within the division, they’re telling you what they think of you,'” Tomlin said. “So I hope he plays like that when he sees (Baltimore).”

Roethlisberger declined to get into specifics about an ESPN report on Saturday night — which cited anonymous sources — that he’ll call it a career whenever the 2021 season ends.

“My focus is on (Thursday’s game at) Minnesota and what we have to do to get ready,” he said. “I’ll address any of that stuff after the season. I’ve always been a one game at a time, one season at a time person and I’m going to stay that way.”

Contemplating retirement is nothing new for Roethlisberger. The 39-year-old Roethlisberger has been flirting with it since the spring of 2017.

There has been times this season when he’s looked every bit his age, and moments when he can briefly turn back the clock as he did in the fourth quarter on Sunday, when he completed 9 of 10 for 129 yards with two touchdowns, a 2-pt conversion and a 158.3 passer rating.

How did Watt stay in shape during his unexpected downtime? By pulling on his cleats and running around trees at his house in suburban Pittsburgh.

He hardly looked rusty while chasing after Jackson. At one point the two good-naturedly-slapped each other on the helmet as a sign of respect following an 11-yard gain by Jackson.

Ravens: OL Patrick Mekari left in the second half with a hand injury and did not return.

Steelers: G B.J. Finney left in the first quarter with a back injury. Finney was replaced by John Leglue, who made his NFL debut.

Field judge Mike Weatherford left early in the fourth quarter after getting tangled up with Pittsburgh’s Chase Claypool following a 40-yard gain.

Ravens: Go for a season sweep of the Browns when they travel to Cleveland next Sunday.

Steelers: Face a short week with a visit face the Vikings looming on Thursday night. 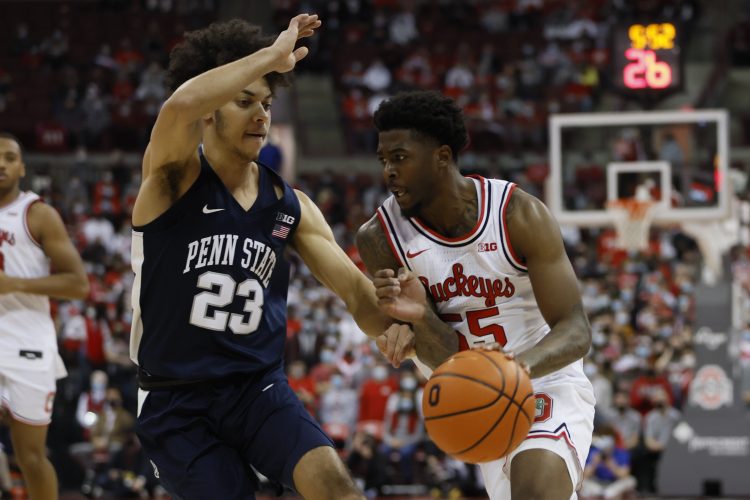 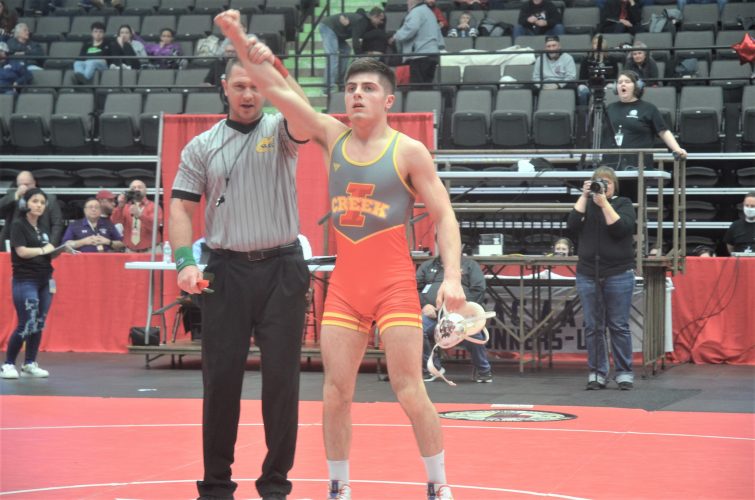 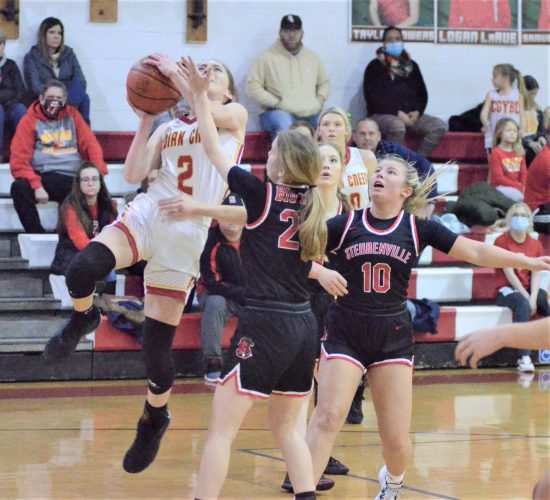