Discussions on expansion of College Football Playoff are inching forward 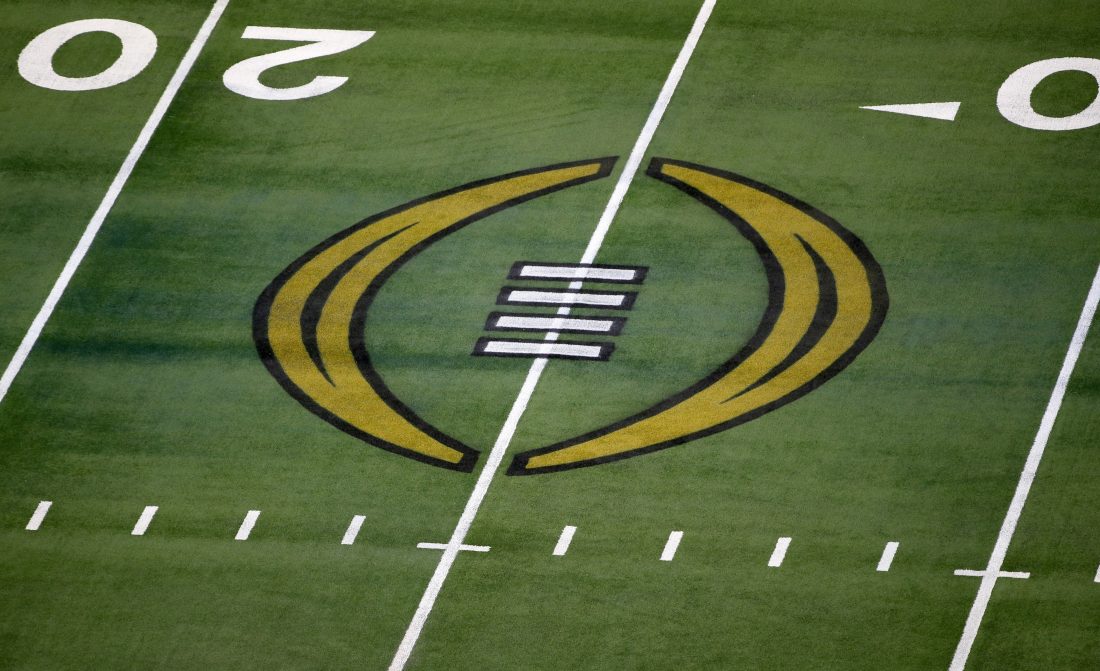 DALLAS — The latest meeting on expanding the College Football Playoff wrapped up without a resolution Wednesday as the people involved agreed to keep talking.

But how and when? A proposed 12-team model remains at the heart of the discussions and there is still hope it can be implemented for the 2024 season. Which conferences would be ensured access to the field is still up for debate.

“I thought there was a chance we’d get to the end today,” Big 12 Commissioner Bob Bowlsby said. “We didn’t and there were good and appropriate reasons why we didn’t. There are people in the room that are differently situated and they therefore have different perspectives. And they were healthy discussions. I think we made good progress, but we aren’t done.”

The next scheduled meeting is January around the College Football Playoff championship game in Indianapolis, but it is possible the commissioners could meet sooner.

Mountain West Commissioner Craig Thompson said there are still some who would rather expand only to eight teams. Others are adamant eight won’t work.

“I was part of a group that brought forward a recommendation of six conference champions and six best remaining teams — or you can stay at four,” said Southeastern Conference Commissioner Greg Sankey, one of four members of the subcommittee that worked for two years on the 12-team model put forth nearly six months ago.

Where do things stand with that original proposal?

“Well, it’s certainly not been approved,” Sankey said. “Otherwise, we wouldn’t be having this conversation today.”

The seven-hour meeting at a hotel at the Dallas-Fort Worth Airport was the sixth in-person gathering of the management committee since the subcommittee’s proposal was unveiled in June.

In the morning, a room was prepared for the possibility that a news conference could be held to announce the commissioners had reached consensus on an expansion model. A podium was set up in front of a backdrop of College Football Playoff logos, facing about a half dozen chairs for reporters in attendance.

By early afternoon, that setup was being broken down.

Instead of making big news, a short statement from Hancock was released at the conclusion of the meeting. Thompson, Bowlsby and Sankey then took turns informally speaking with reporters outside the meeting room on their way to the elevators.

Those commissioners, all relatively new to playoff talks, were skeptical of the process from the start and became even more leery of how quickly it was moving toward 12 teams after it was revealed the SEC would be adding Oklahoma and Texas to the league in the next few years.

They pushed to revisit the possibility of expansion to only eight teams, though the obstacles to getting agreement on that were plentiful.

Since then, the road to expansion has become bumpy.

“I wish we had finished in September,” said Bowlsby, who was also a member of the expansion subcommittee with Sankey, Thompson and Notre Dame AD Jack Swarbrick.

At the last meeting in November, the possibility was raised of tweaking the 12-team proposal to ensure Power Five conference champions have automatic qualification, while only the top-ranked champion from the other five conferences would be guaranteed a spot.

That was met with strong opposition from American Athletic Conference Commissioner Mike Aresco.

In the original 12-team proposal, the six highest-ranked conference champions would make the field with no distinction between the leagues.

Hancock tried to place a deadline on the process in early October, saying consensus from the commissioners needed to come in the next three or four months.

The presidential oversight committee must approve whatever proposal the management committee lands on. The university presidents and chancellors usually attend the CFP meeting around the championship game, which is set for Jan. 10.

If the commissioners can’t agree on a new model soon, Hancock has said the CFP would continue as is with four teams through the end of the current 12-year television rights deal that expires after the 2025 season. And now?

“I wouldn’t say there’s any hard deadline at this point,” Bowlsby said.

“This was a hard day, and I think all of us are tired and we came away from it with the feeling that we made enough progress to keep moving forward and that the expansion of the playoff, we’re very near consensus that we believe it ought to get larger,” Bowlsby said. “And there are details to work out.”