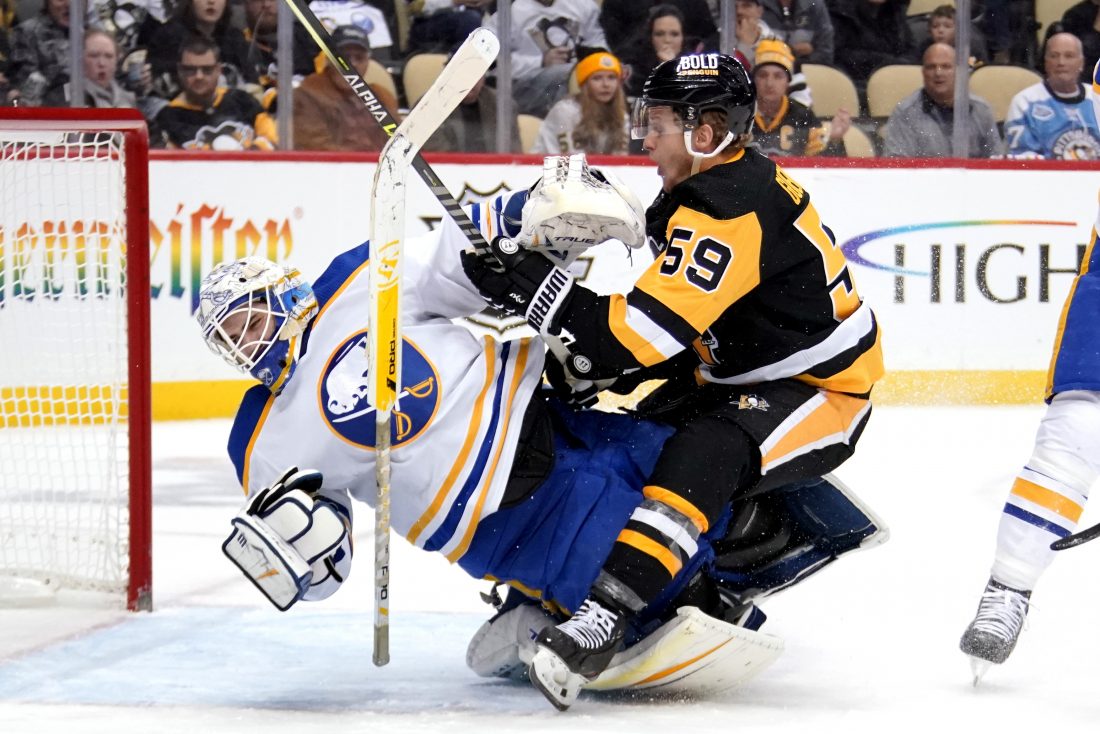 His previous high was 44 saves on April 1. He turned aside 19 shots in the third period alone, when outshot the Sabres 20-3. Tokarski has stopped 78 of the last 81 shots he’s faced.

Jake Guentzel for Pittsburgh, which lost its third straight game and eight of its last 10. Tristan Jarry made 17 saves for the Penguins, who were coming off back-to-back losses against Ottawa and Washington in which they were outscored by a 12-4 margin.

Bryan Rust’s pass hit Guentzel’s skate and went behind Tokarski. Sidney Crosby had a secondary assist for his first point of the season.

Miller scored the first goal of the game 28 seconds into the second period on a shot through traffic from the right point.

Okposo gave Buffalo a 2-0 lead at 8:54 of the second period by redirecting a Zemgus Girgensons pass.

Mittelstadt and Jokiharju both left the team’s opener on Oct. 14. Mittelstadt was the Sabres’ projected top-line center. Olofsson is tied for the team lead with five goals despite missing seven games, while Anderson last played in San Jose on Nov. 2.

The Penguins are 5 for 50 this season, which ranks last in the NHL. Pittsburgh ranked fourth in the league with the man advantage last season, converting at a 23.7% clip.