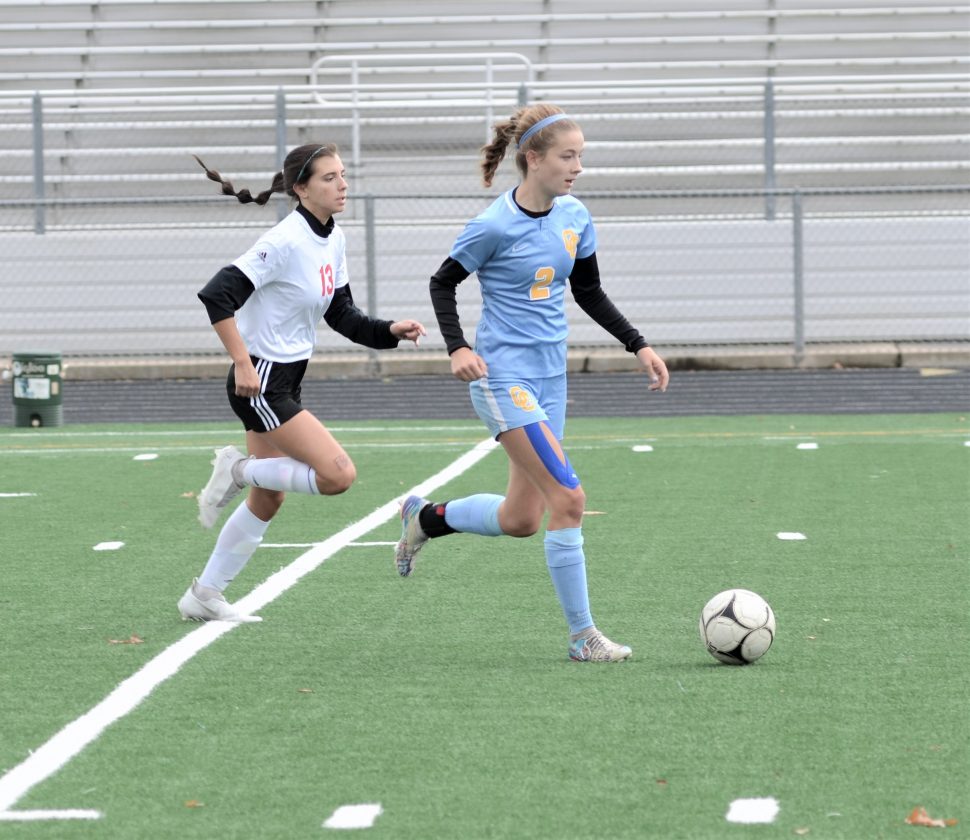 NEW MANCHESTER — While a lot of the focus was on what the Golden Bears lost to graduation last year, Oak Glen coach Ryan Wells knew better than anyone coming into this season what the returning group he had could be capable of.

This tournament season, everyone else is quickly finding out what he already knew — it’s a talented team.

So talented, in fact, it became the fifth Oak Glen girls team in a row to win the Region 1, Section 1 title, 4-0 over rival Weir High, for the Golden Bears second five-peat of the season. Oak Glen also won its fifth-straight OVAC Class 4A title back in September.

“With what we lost last year and a lot of people kind of saying it would be a struggle, it feels good, because the girls heard it and they took a little offense to it,” Wells said. “We lost three really good players (last year), but we had a lot of good players coming back, too.

“To be 15-5 with this group, we had a lot of girls out there that never really played soccer before, so to be able to do this and get the fifth one, it feels really good.

For the Red Riders (8-9-3), who entered the match playing their best soccer of the season, it was the fifth straight time they came up short against the Bears in the sectional final.

“We needed a little bit of luck, we didn’t have it today, and they seemed to have a bunch of it,” Weir High coach Jeremy Angelo said. “Good teams create their own luck and we didn’t create any. We played pretty well in the first half, kept it a 1-0. Their second goal, it was coming right at our goalie, someone put a foot out and it goes right into the corner. That kind of took the legs out of us a little bit.

“We had a couple chances, their goalie made a couple really good saves or it could have been 3-1, 3-2 really quick. We battled as long as we could, but (Kami) Ward got us in the end.

After leading 1-0 at halftime, the Bears put up three on the board in the second half.

“To do this, especially the score line, our defense holding them to no goals surprised me,” Wells said. “Weir next year is the team to beat in the section and the OVAC, they have everybody that was on that field coming back. For them to make the strides they did from last year to this year is impressive. Jeremy always has his girls ready.

“The girls wanted this today.”

Kami Ward opened the scoring and added two more goals in the second half as the Golden Bears pulled away.

“They man-marked Kami and she is just one of those players that is a high-level soccer player,” Wells said. “She is a DI, DII level player. To score three goals while being man-marked, she has a motor, she just doesn’t stop. She enjoys it and has fun.

“We noticed it this summer with her at the first workouts that we had, we looked at each other and said ‘holy crap.’ I have never seen a kid make that big of a stride from her freshmen year to sophomore year.”

Brooklyn Watts scored the other goal for Oak Glen, while Weir’s Rayna Hoover made 13 saves in net.

As Wells alluded to, the Riders did not have any seniors and will have everyone back.

“We start four or five freshmen and a couple sophomores,” Angelo said. “We have a lot to look forward the next couple years.”

While Weir looks forward to next season, the Golden Bears will go for third trophy on the season on Thursday when they take on East Fairmont in Fairmont for a regional championship.

Oak Glen defeated East Fairmont on the road, 2-1, during the regular season.