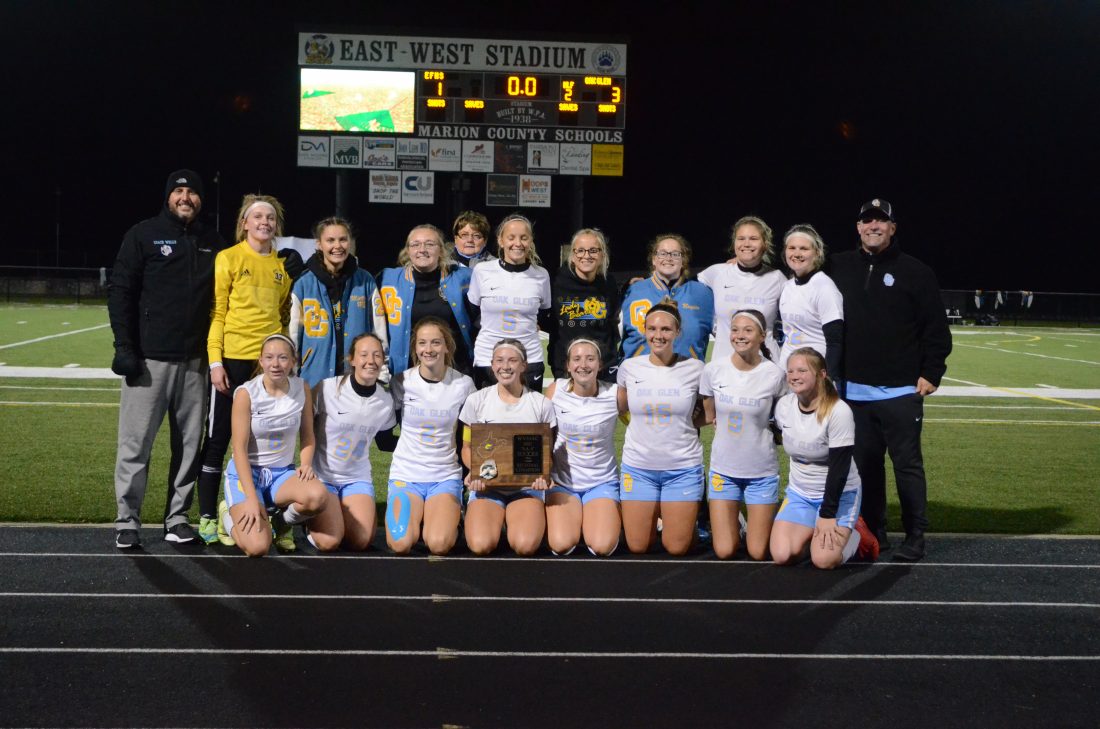 FAIRMONT — The old saying goes that the mark of a good team is being able to find a way to win when it doesn’t have its best day.

The Oak Glen girls soccer team did just that, finding the back of the net on three of its seven shots on goal to top East Fairmont 3-1 to claim the Class A/AA Region 1 Championship.

“This was not one of our best games, but for the girls to find a way to win, it just shows how much they wanted it,” Oak Glen coach Ryan Wells said. “Today wasn’t our best, but a lot of that wasn’t us. It was East Fairmont. They did a good job against us.

“We talked at halftime about playing your role and finding a way to win and that’s what we did.”

Kami Ward tied the school single season record set last year by Reece Enochs, who is now a starter at the college level, with her 47th and 48th goals of the season for the Golden Bears (16-5).

Brooklyn Watts, listening to some advice from the sideline, fired a free kick off the East Fairmont keeper and in with about 10 minutes to play to all-but lock up the Bears trip to Beckley.

“You have to tell Brooklyn to shoot sometimes,” Wells said. “Me and her dad, an assistant coach, we’re both screaming at her to just rip it, and she did. Good things happen when you put the ball on net.”

Oak Glen keeper Alexus Greenlief made 11 saves for the Golden Bears, eight of which came in the second half.

“She is one of the best keepers in the state,” Wells said. “She is a college level keeper.”

For Oak Glen, who lost eight seniors from last year’s team, three of which are starting college, it is the third trip to the state championships in five years.