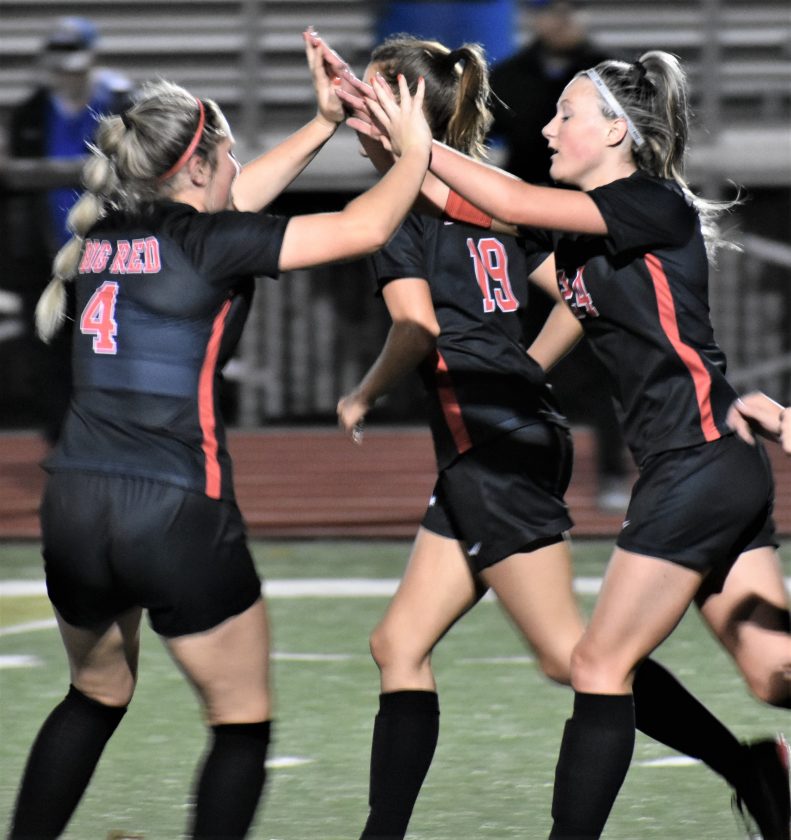 ST. CLAIRSVILLE — Of late, Steubenville’s girls soccer team had found itself having to dig out of holes.

There was no digging needed Monday evening at Red Devil Stadium.

Big Red’s Marleny Torres scored less than 10 minutes into the game and Big Red really never looked back en route to a 3-0 victory against Zanesville in a Division II Eastern District semifinal.

“Getting the first goal in a big game was huge for us,” Steubenville head coach Annie Cutri said.

Next up for Big Red, which is 11-4-5 on the season, is a rematch with top-seeded St. Clairsville on Thursday at Indian Creek High School. Steubenville scored late to forge a tie in the regular-season meeting between the two squads.

“Obviously, both teams are going to come out wanting to win in the worst way,” Cutri said. “We scored in like the last 30 seconds to tie it, so we know they’re going to come out seeking some revenge. We’re not the same team that we were in the beginning of the season.”

Cutri and her team didn’t know what to expect from the Blue Devils. They studied some film, but had never played Zanesville or seen them live.

“We weren’t really sure what to expect other than what we saw, but the girls really listened to the coaching points that we gave them,” Cutri said. “We really wanted to shut down Jillian Wiersma, Rylee McCuen and Allie Walker because they had seemed to be their go-to-players. The girls really executed.”

The Blue Devils had a couple of scoring chances, but senior Elexis Martin was up to the task in net. She took a few gambles on balls well in front of the net, but was able to corral possession each time.

Getting the shutout was important for Martin and the Big Red defense.

Senior Libby Saccoccia was impressive in the midfield area. She found the back of the net with 16:32 to play in the match off a nifty feed from senior Chloe Petrelle and then put the game fully out of reach just 3:25 later with an unassisted goal.

“Libby is one of our best players, wants to win and she’s goal hungry,” Cutri said.