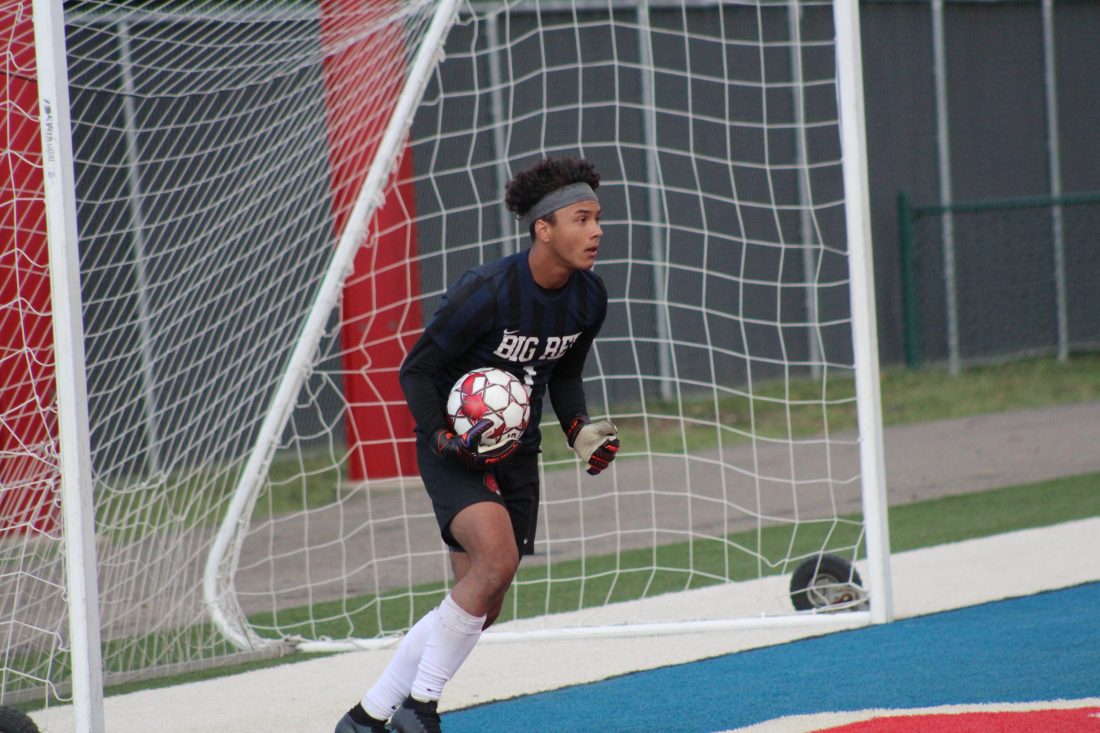 “We had a couple of games where we seemed to be playing a little individualistic and weren’t sharing the ball,” Julian said. “He had four or five days of practice where all we talked about was positioning and sharing the ball. I think tonight was a good example of what we can play like if we share the ball.”

The Patriots and Big Red played even for the first part of the game until Wheeling freshman Tresz McLeod found the back of the net at the 17:17 mark in the first half. The teams continued to trade chances for the rest of the half before Brody Wall snuck a high shot past Big Red keeper J.P. Walsh with just 15 seconds left before halftime.

It was Wall’s first of three goals on the night to lead the Park offense.

Julian said Wall, a junior midfielder, was always in the right spot Thursday.

“Because he was in the right spot (Thursday), he was distributing the ball, he was scoring the ball, he was able to attack and control the midfield,” Julian said. “That’s the main job for an attacking mid and Brody did an excellent job today. I know Brody’s this good and I’m glad to see it come out.”

“He doesn’t get much of the notice because of the guys who score goals and stuff get a lot of the recognition but Dannen is a great goalie,” Julian said. “He wants to get a shutout every game.”

With the win, the Patriots advance to the OVAC Championship game Saturday morning at 10 a.m. in St. Clairsville. Their opponent is yet to be determined.