Big Red gets a hard-earned sweep at Toronto 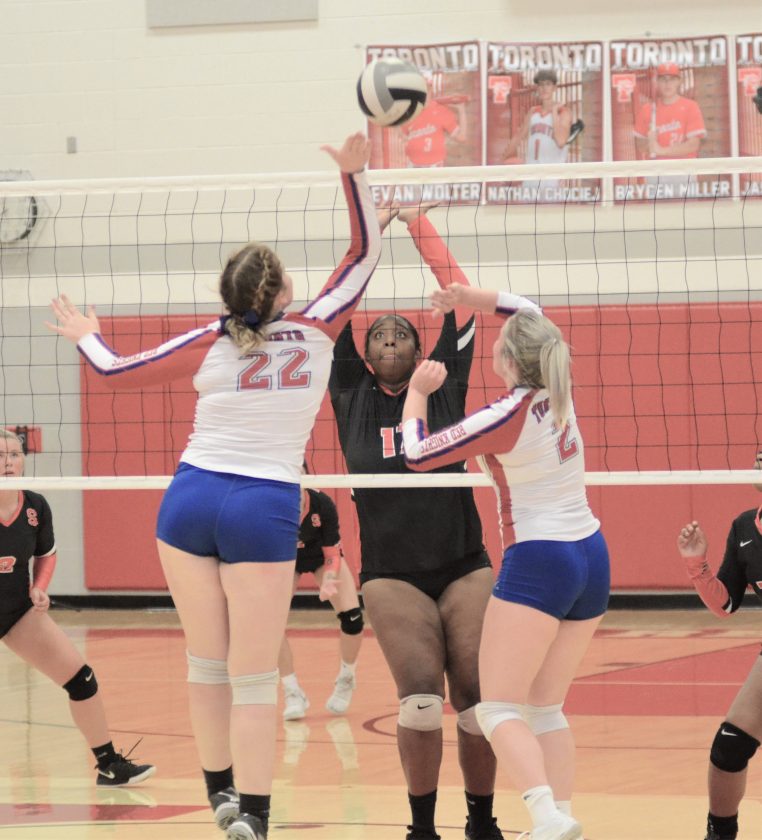 AT THE NET — Big Red’s Myla Fleming goes up for the ball at the net in front of Toronto’s Jenna Anderson and Brianna Burruss during Monday’s match at Toronto High School. -- Andrew Grimm

TORONTO — In Big Red’s sweep of the Toronto on the road Monday night, the first two sets took extra points to break a deadlock and decide a winner, and in the third, Steubenville had to battle back from a deficit.

Big Red is slated to host East Liverpool on Wednesday, while Toronto is set to host Edison tonight for senior night.

RICHMOND — The Indian Creek volleyball overcame dropping the first set Monday at Edison, rebounding to win the final three for a 17-25, 25-6, 26-24, 25-7, victory over the Wildcats.

Indian Creek is scheduled to play at home against Beaver Local on Thursday, while Edison travels to Toronto tonight.

For the Huskies, McKayla Dunkle had six kills and also led the team in blocks, while Maddy Butler had 15 digs and seven points and Logan Johnson had 13 assists.

Harrison Central is slated to host St. Clairsville on Wednesday.