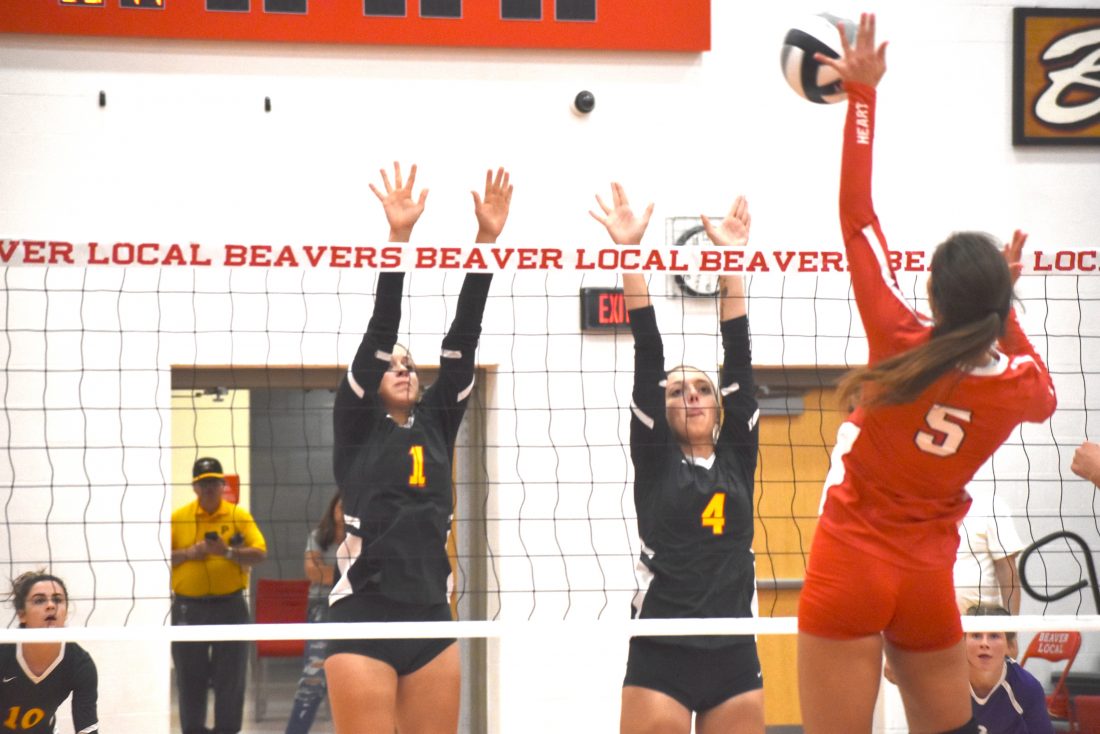 EAST LIVERPOOL — Beaver Local volleyball showed dominance up front and swept Indian Creek on Monday night, 25-14, 25-23, 25-17. The Beavers’ Elizabeth Kolkowski was a force as she posted 10 kills and two blocks. Teammate Kodi Kinsey had 19 digs and Emma Joseph tallied 18 assists to go along with five digs.

“I think it’s mainly our setters getting us the ball. They’re really good at that. They’re allowing us to get those kills,” Kolkowski said. “We weren’t tipping the ball as much.”

It seemed like no matter the score or the situation, the Beavers managed to keep their poise and take advantage of holes in the Indian Creek defense.

“I feel like we definitely have a strong offensive attack, but obviously that’s led by our defensive passes. I feel like one benefit to our program is we have a strong attack from the right side and at our middle positions,” Beaver Local head coach Sarah Lowe said. “I feel like we’re hard to key in on, because we have so many attackers up front who are effective.”

The Beavers (8-1) did have a tough time putting away the Redskins (4-2) in the second set and it wasn’t much easier in the third. Indian Creek kept it close through most of the set and with the score knotted up at 16 apiece, Beaver Local went on a 9-1 run to complete the sweep.

Kolkowski said the final set was just what the doctor ordered.

“It got our momentum up and our energy up,” Kolkowski said. “It helped us win.”

She added that this victory was “a good game to help us get into the Buckeye 8 championship.”

Indian Creek did get five kills from Tori Robertson and Jordan Hiles had 11 digs. Lowe said one of the goals was to keep the ball away from Hiles.

“Indian Creek always comes at us with one of their best games of the season,” Lowe said. “Their libero is outstanding she is one of the best. She can cover that entire backcourt. She’s running that back line and crossing over players to get the ball.”

Despite having a friendly rivalry on the court, the Beavers and Redskins have developed a bond off the court.

“They have two very strong front row hitters in Olivia Wukelic and Carley Penner. Both are really effective players. Our girls play a lot with them in the offseason. So not only are they rivals, but their friends,” Lowe said.

A big focal point for the Redskins will be to get more hits offensively.

“I think we were getting our passes. Other people stepped up, but in our front row we have to get our kills,” Indian Creek head coach Molly Wilson noted.

She added that the flow of the game was something her team wasn’t accustomed to.

“This is definitely the fastest paced game that we’ve had, since the beginning of the season,” Wilson said. “It’s a good learning experience. They were swinging around our blocks. We just have to have our back row girls standing on the lines ready to adjust.”

The Redskins will try to rebound with their next two games coming on the road. They will face Catholic Central on Wednesday.

Meanwhile, the Beavers will try to extend their three-match winning streak at Edison next Monday.

• Indian Creek hasn’t played a home match since August 26 versus Harrison Central and won’t until next Tuesday against Oak Glen.

• The Beavers have four of their next five matches at home.