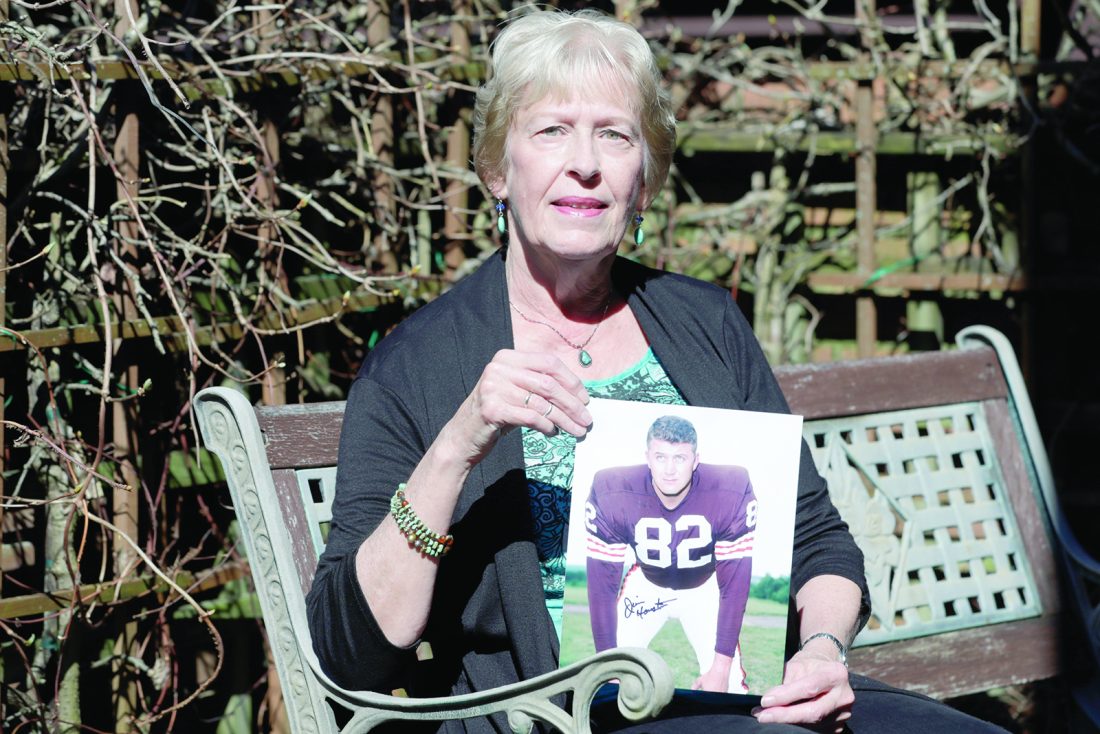 ‘MRS. DEPENDABLE’ — Donna Houston holds up a photograph of her husband, Jim, during his playing years with the Cleveland Browns in Sagamore Hills. Houston’s widow would keep notes on her husband’s deteriorating condition in a three-ring binder so she would be prepared for the day when he needed full-time care. -- Associated Press

Donna Houston knew her husband’s mind was deteriorating when the college football Hall of Famer and Cleveland Browns All-Pro known as “Mr. Dependable” struggled to manage his money.

A two-way player who won titles in high school, college and the pros, Jim Houston had easily transitioned into the business world when his football career was over. He sold life insurance. Handled securities. Ran a local machine company. Co-owned a gas station and car wash. And by 1998, he was broke.

“Executive function, that was really gone,” Donna Houston said. “I started noticing things and I remember saying to him, ‘It’s like you have no common sense.'”

Already diagnosed with ALS and mixed dementia, Jim Houston was still worried enough about what else was going on that he agreed to donate his brain so it could be studied for chronic traumatic encephalopathy. He died in 2018, and researchers at Boston University found he had Stage 3 CTE, Donna Houston said recently.

“He figured something was wrong and he thought it would be better to find out,” she said in a telephone interview with The Associated Press. “His three boys, as well as all four grandsons, played football, and he was just very, very concerned about anything that had to do with head injuries.”

CTE is a degenerative brain disease known to cause memory loss, violent mood swings, motor difficulties and other cognitive problems in football players and other athletes or military combat veterans who have experienced repetitive head trauma.

Because of Houston’s multiple diagnoses, it’s not possible to know which symptoms might have been caused by CTE and which might be due to Alzheimer’s disease or ALS, also known as Lou Gehrig’s disease. According to the ALS Association, from 4-6 percent of CTE cases also show signs of ALS, but the connection between the two diseases is not fully understood.

A nurse by training, Donna Houston dutifully logged her husband’s symptoms in a set of three-ring binders that helped her keep track of his doctors’ appointments, his diagnoses and his medications. They also provided all the evidence she needed when she went to the NFL for assistance from its 88 Plan, which provides assistance for former players like Jim.

“There was a list of stuff,” Donna Houston said. “I had everything down.”

A native of Massillon, which was also the hometown and one of the first coaching stops for Hall of Famer Paul Brown, Houston won a state title in high school, shared in a national crown at Ohio State and won the NFL championship with the Cleveland Browns in 1964. He followed two brothers into the NFL: Lin played eight seasons with the Browns, and Walt played one season in Washington.

“I’m concerned about it,” she said. “I can’t even watch the games anymore. I can’t. I can’t. I just, I just can’t. It just drives me crazy to think that people are out there doing that.”

Jim Houston was a four-time Pro Bowl selection at linebacker who earned his nickname by missing only three games in his NFL career — including during the 1962 season when, having been recalled to active duty in the U.S. Army, he flew back on weekends to play for the Browns. After retiring in 1972, he remained active in the Cleveland area, especially with the Boys and Girls Clubs.

When they would go out, people would gather around to see his championship ring — the last championship in Cleveland until the Cavaliers ended the slump in 2016; Donna would carry cards from the Alzheimer’s Association that explained Jim’s memory problems and why his behavior might seem strange.

Most days, something would arrive in the mail — a card, football or mini helmet — for him to autograph.

“Until he couldn’t sign any more,” Donna said. “And then I would have to just send things back.”

In the spring of 2017, Donna was bringing Jim down the stairs from the bedroom, tethered to him by a belt that helped maintain his balance. He fell, then slid down the stairs, taking her legs out from under her.

“I’m at the bottom of the steps, I’m crying,” she said. “It’s not that I was hurt, but I realized at that point that if anything happened to me, I wouldn’t be able to take care of him anyway.”

That afternoon, she called the assisted living facility. He was admitted on June 5, 2017 — a date she doesn’t need to look up in one of her notebooks. “Those kinds of things,” she said, “you don’t forget.” 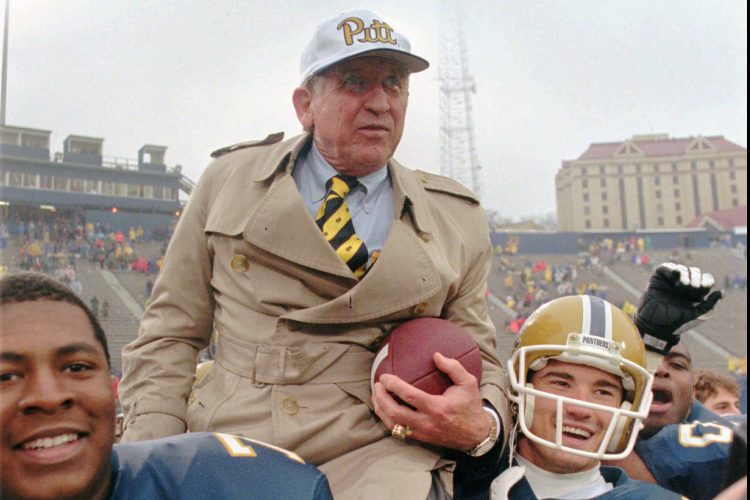 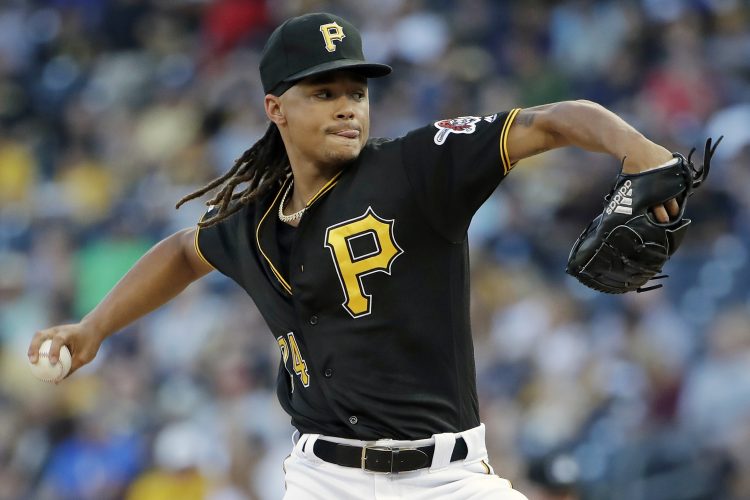