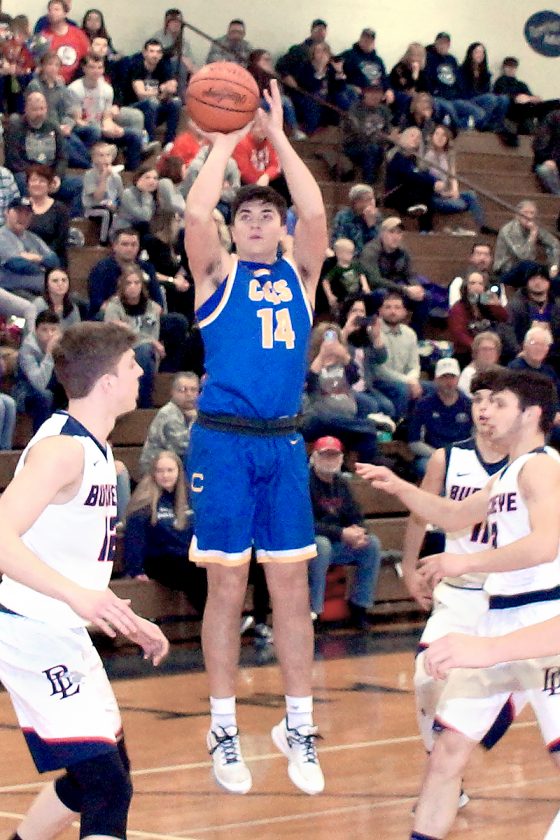 The senior netted 25 of his game-high 45 points in the first half, helping Central open up a 24-point lead at the break, then cruising to an 83-68 victory over Buckeye Local.

“I’m so grateful we have (Connor),” Catholic Central head coach Don Ogden said. “He is just one of those kids that knows what to do on the floor and keeps his composure. I can’t say enough about Luca.”

Connor had his highest output in the second quarter with 17 points — and the Crusaders (7-15) needed it because the Panthers’ (6-16) offense started to wake up.

“We had a phenomenal first half where where our shooting percentage was very high, and everything seemed to be falling for us,” Ogden said. “You kinda knew that was going to wear off at some point. Give Buckeye Local credit, they kept playing hard.”

After scoring the first nine points of the game, 17 of the game’s first 20 points and securing a 26-6 lead after the opening eight minutes, the Crusaders again scored 26 in the second. Buckeye netted 22 second-quarter points to make it a 52-28 score at the break.

Central’s lead was cut slightly to 20 after three quarters, then the Panthers rallied early in the fourth quarter.

Dalton Watt, one of five seniors playing their final game on the Buckeye Local hardwood, drained four of his seven 3-pointers in the fourth quarter, adding an old fashioned 3-point play after one of them to make trim the Catholic Central lead to just 10.

However, that would be as close as it would get.

“They were being very aggressive to the hope and getting a lot of and-ones,” Ogden said. “It rose my blood pressure a little bit. We’re very fortunate to get the win.

“With the tournament coming up, hopefully being in a situation like this is something we will learn from.”

Buckeye Local got it within 11 a couple more times but never into single digits, as Connor’s lethal foul shooting put a damper on the hopes for a miraculous comeback.

“We knew coming in that Luca Connor was an extremely good basketball player. We focused our game plan on trying to stop him. Unfortunately, that didn’t work for us.”

When it wasn’t Connor doing damage, it was Charles Miller with 16 points and Chole Maragos with 11. Miller and Connor each dished five assists, while Miller led the Crusades with five rebounds.

For the Panthers, Watt’s 24 led the way, while Cameron Grabits finished with 18. Jacob Moffo grabbed a game-high nine boards while Grabits and Cameron Best each dished three assists.

Buckeye Local: Makes a trip to Union Local for its Division III sectional contest on Tuesday.

Scott McLaughlin’s real IndyCar debut is on hold because of the coronavirus pandemic. The Australian V8 SuperCars ... 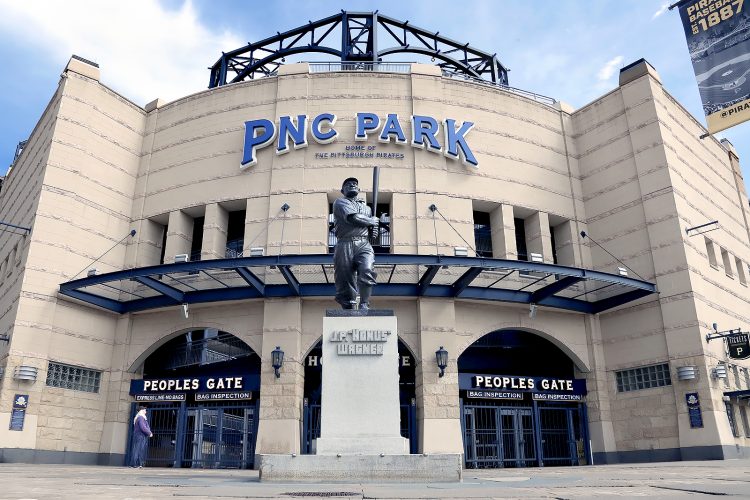 Kobe Bryant’s resume has yet another entry to validate his greatness: He’s now, officially, a Hall of ...

President Donald Trump met by phone with many U.S. pro sports leaders Saturday to discuss how that industry has ...

English Premier League players failed to reach an agreement on Saturday with clubs to take 30% pay cuts during the ...

A unique Hall of Fame class will be announced Saturday in a unique way. Kobe Bryant, Tim Duncan and Kevin Garnett ...

Concern for elderly during quarantine

History in the Hills: Reflecting on immigrants