No. 2 Ohio State is a 51-point favorite today 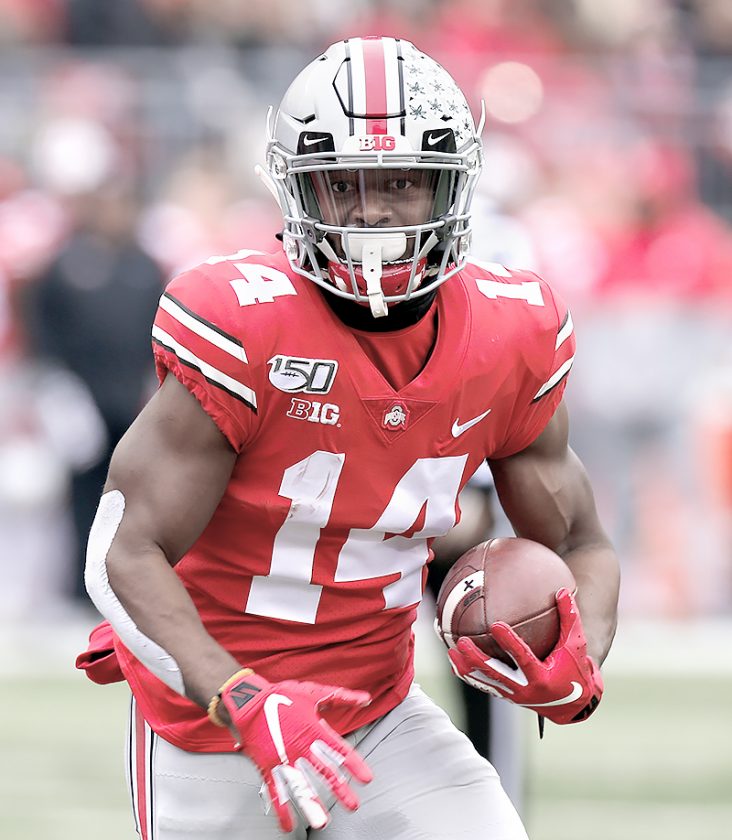 PISCATAWAY, N.J. — There aren’t many ranked teams who bring a backup quarterback into a meeting with the media to preview their next opponent late in the season.

The Buckeyes have won 15 straight games dating to last season and lead the nation with a 42.4-point scoring margin heading into Saturday’s game against woeful Rutgers (2-7, 0-6), which fired coach Chris Ash in September.

Oddsmakers have made Ohio State a 51-point favorite, which according to some bookmakers is the biggest in a Big Ten game.

Expect the Buckeyes to win big and to use a lot of players.

Ohio State coach Ryan Day had several players available at the press conference, including backup quarterback Chris Chugunov. The graduate student is from Skillman, New Jersey, which is about 15-to-20 minutes from the Rutgers campus. He spent the first three seasons at West Virginia.

If Ohio State scores like it has been this season, Chugunov probably will play in New Jersey for the first time in his college career.

“I’m looking forward to it,” he said. “I think the thing I’m most excited about is I have a large group of family and friends who can’t always make it out here to Ohio for games, so I’m excited to have them there to see me play. We’re going to prepare for Rutgers like we do for everyone else we play each Saturday.”

Chugunov has played in eight games this season, hitting 20 of 27 passes for 214 yards and four touchdowns.

Five things to watch on Saturday:

Ohio State star defensive end Chase Young will miss his second-straight game. The nation’s leader in sacks will be held out of one more game as punishment for breaking NCAA rules by accepting a personal loan. He sat out last week’s win against Maryland. The junior will return for the last two regular-season games with No. 9 Penn State and No. 14 Michigan. Young has 13¢ sacks, 29 total tackles and five forced fumbles. With fellow starting defensive end Jonathan Cooper out with an injury, freshman Zach Harrison and sophomore Tyreke Smith will start for the Buckeyes.

Ohio State and Rutgers have played five times. The Buckeyes have won all five by a combined margin of 271-27. Over the last three years, the combined margin is 166-3. That’s an average winning margin of 54.3 points. So, it is understandable Ohio State is a 51-point favorite against a team that last won a Big Ten game in November 2017. The Scarlet Knights have a lost 18 straight conference games.

Justin Fields has been nearly unstoppable in his first year as Ohio State’s quarterback. The sophomore who transferred from Georgia has thrown 27 touchdowns and run for 10 more. His 37 TDs are the second most in the country behind Jalen Hurts of Oklahoma.

Fields has had at least one rushing touchdown and passing touchdown in eight of nine games. His 183.53 efficiency rating ranks fifth in the nation. His 68.2% completion percentage is 14th overall. The Buckeyes have scored 40 or more points in seven of nine games.

Rutgers probably will get leading rusher Isaih Pacheco back for the game. The sophomore missed the Illinois game on Nov. 2 with a foot injury. With a bye last week, he should be ready to go.

Pacheco has run for 541 yards and six touchdowns. He ran for 107 yards and two touchdowns against Liberty.

The Ohio State defense has allowed points on 14 of 115 opponent drives this season and only three rushing touchdowns.

The Buckeyes are fifth nationally in total offense (535.9 yards) and first in total defense (214.8 yards). They have the most touchdowns in the country (62) and given up the fewest (8).

“Honestly, they’re about as complete a football team as I’ve seen,” Rutgers interim head coach Nunzio Campanile said. “Really in all three phases of the game, they’re pretty darned good. If there’s a team out there better than them, I’d like to see it, but there’s some pretty good teams out there.”