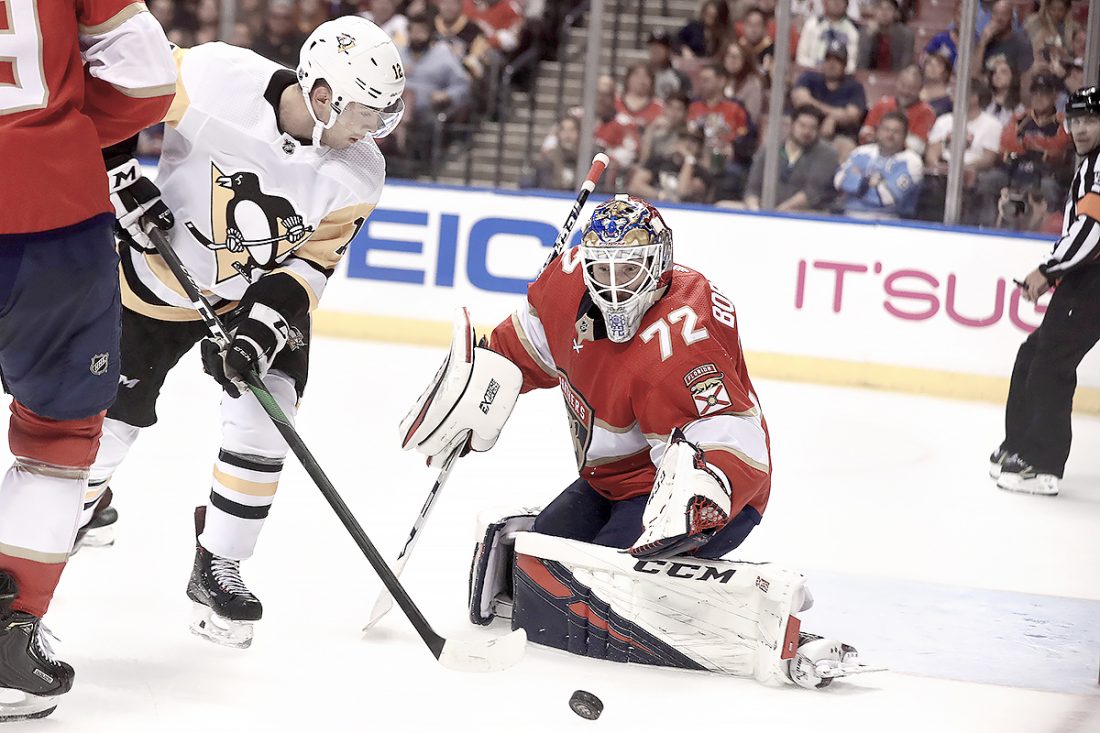 SUNRISE, Fla. — The Florida Panthers are starting to heat up.

Jonathan Huberdeau had a goal and an assist to lift the Panthers to a 4-2 victory over the Pittsburgh Penguins on Tuesday night.

The Panthers are on a six-game points streak, and four of their past five have gone past regulation. Huberdeau has 10 points in his last eight games.

“We’ve had a lot of games in overtime lately, so I think it’s just good to get a regulation win,” Huberdeau said. “I just want to help our team. I want to be a leader out there.”

Denis Malgin had a goal and an assist, and Noel Acciari, and Frank Vatrano also scored goals for the Panthers. Sergei Bobrovsky stopped 22 shots. Aleksander Barkov had a pair of assists.

After winning five in a row, the Penguins lost their second straight game.

“That game could either way. It didn’t go our way tonight, but we’re playing hard,” coach Mike Sullivan said.

Leading 2-1, Huberdeau stretched the Panthers lead to 3-1 when he deflected a shot from Anton Stralman with 6:18 left in the third.

“It was a big game to win,” Panthers coach Joel Quenneville said. “(Bobrovsky) came back with a really solid win for us, and we didn’t give up too much.”

Malgin put the Panthers ahead 2-1 when he took a pass from Huberdeau to the side of the crease and poked the puck into the near side with 2:00 left in the second.

Acciari gave the Panthers a 1-0 lead on a flukey goal midway through the second period. Acciari shot from the high slot. Murray blocked the shot but the puck went straight up in the air and bounced off Murray’s back and into the net at 10:53.

“It took a funny bounce off my blockers and I lost it,” Murray said. “That ends up being the difference in the game, the push that they got after that. They kind of got the momentum from that, so that’s on me.”

The Penguins answered about 63 seconds later on Blueger’s goal. Blueger took a drop pass from Jake Guentzel and tapped in the puck from in front at 11:57 to tie the score at 1.

FORT WORTH, Texas — Scott Dixon, Alexander Rossi and the rest of the IndyCar drivers were in sunny Florida around ...

WHEELING — The Wheeling Nailers, ECHL affiliate of the Pittsburgh Penguins, have announced their 2020 protected ...