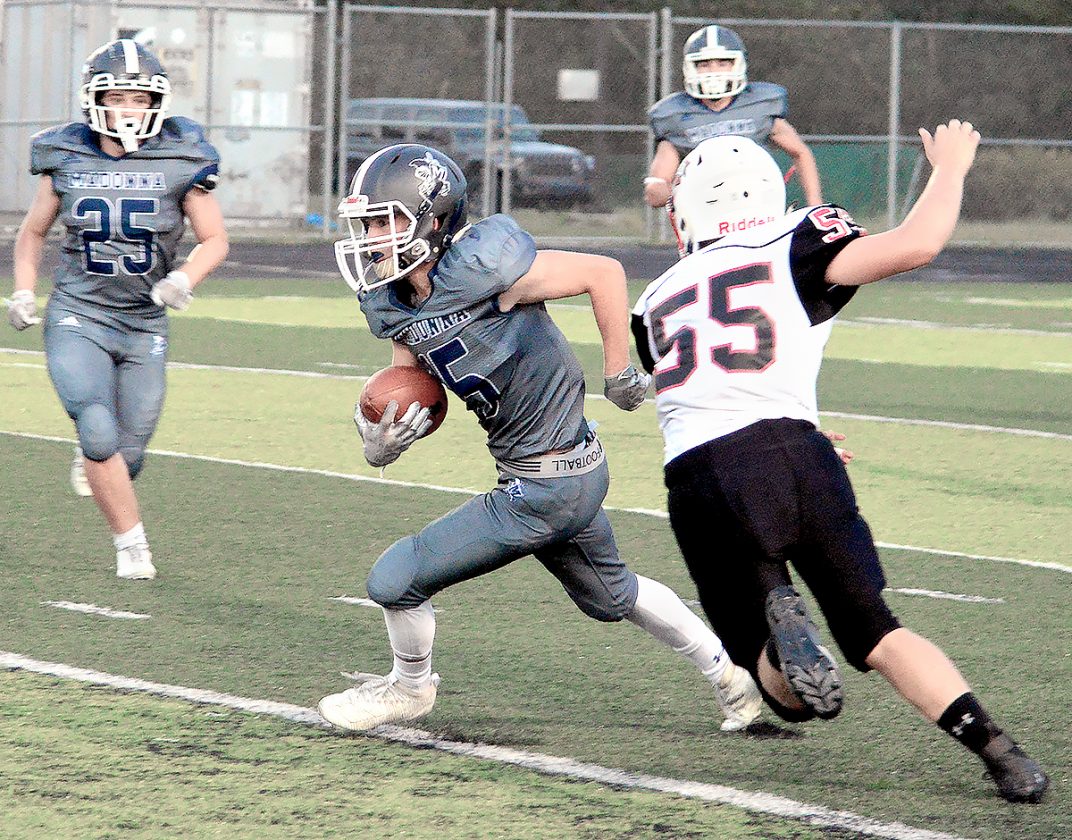 WEIRTON — For the first three weeks of the season, Madonna head coach Darrin Hicks searched for the reasons why his Blue Dons got off to slow starts and had to make comebacks to secure two wins in the three contests.

In the fourth try Friday night at Jimmy Carey Stadium, the Blue Dons found the right combination, started quickly and never looked back in the 34-0 romp over Mathews. The win pushed Madonna to a 3-1 record.

And, boy, did they start quick. Angelo Quattrochi set the football on its side for the opening kickoff and squibbed the ball to midfield, where a Mustang player muffed the catch, allowing Antonio Daddario to pounce on it. Seven plays later, the sophomore connection of Santino Arlia to Mason Thompson found pay dirt with a 9-yard pass and run. Quattrochi was true on the extra point kick, getting Madonna out to a 7-0 lead only 1:30 into the game.

“We are constantly trying to tweak and find new ways to get better,” Hicks said after the game. “With the way we approached the past week of practice, we did some different things, especially late in the week. We changed the way we did some of our pregame. And, obviously, some of the things we changed were good for us.

“It is something we talk about all the time. We’re very transparent. I think it is important to let the kids know where we are coming from and also take in their input, as well.”

Following the Thompson touchdown, the Mustangs put together their only serious threat of the game. This time they were able to corral Quattrochi’s squib kick at their own 35, and they marched all the way to the Blue Don 5 before turning the ball over on downs.

The Blue Dons scored on four of their six first-half possessions, with the second one came after that stop. The 95-yard drive ended with Arlia finding Thompson, the tight end, open again with a pass in the right flat, and the husky sophomore broke a tackle and blasted into the end zone. This time, the kick failed, but the Blue Dons were ahead 13-0 after one quarter for the first time this year.

A Coleton Littleton punt return from his own 40 to the Mathews 45 set up Madonna’s third score. Arlia, who passed the ball 41 times in the game, was incomplete on a pass from the Mathew 15. But, on the next play, it caught senior Brennan Secrist in stride down the right sideline for the score.

The Madonna defense, which was stellar in the game allowing the Mustangs to gain just 93 total yards, forced a three-and-out on Mathews’ next series. The ensuing punt went out of bounds at the Blue Don 11 with 1:30 left in the half.

Arlia, who completed passes to nine different receivers in the game, immediately went to the air and completed consecutive tosses to Roman Baird for 9 yards, Thomas Sessi for 20, Quattrochi for 29, Secrist for 3 and Evan Quering for 17. That put the ball at the Mathews 11 and, after an incompletion, Arlia found Secrist for the touchdown. Baird’s catch for the two-point conversion gave the Blue Dons a commanding 27-0 lead at the intermission.

The Blue Dons got the ball first to open the second half and went on another long drive, beginning at their own 36. This time it took seven plays, including a Mustang pass interference penalty, to score. Arlia found Lucky Pulice open in the back of the end zone for the touchdown. A Quattrochi boot finished the scoring at 34-0.

Pulice, a junior who has started the past two years on the Madonna basketball team, was making his first start for the football team as a late addition to the roster.

Arlia had perhaps the top performance of his promising career, completing 28 of 41 passes for 364 yards and all five of Madonna’s touchdowns. 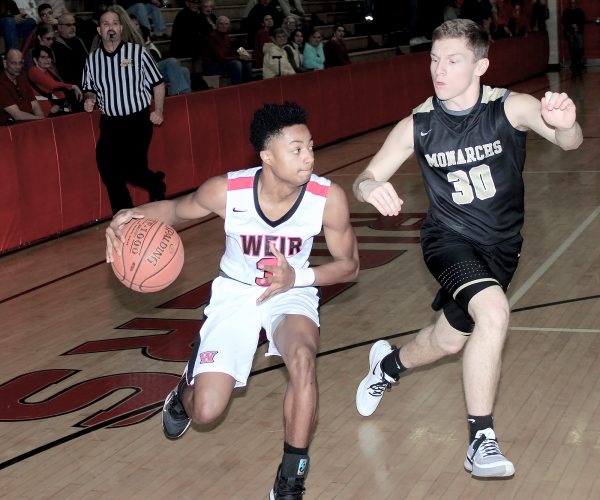 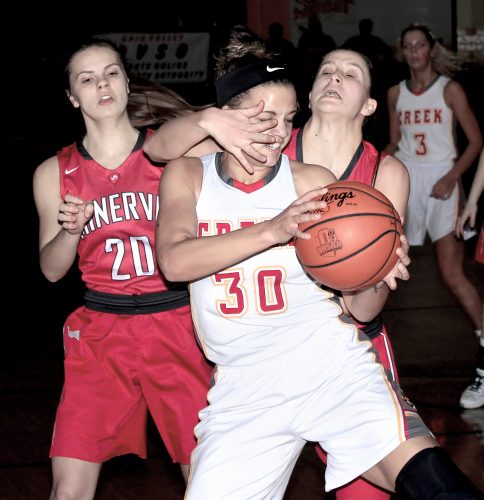