NEW MANCHESTER — Sometimes, the answer comes from within. That was the case for the Oak Glen baseball team, as the Golden Bears decided to hire from within to fill the vacancy with Eric Hayden.

Hayden, 31, had served as an assistant coach on T.J. Miller’s staff for the past three seasons. Miller resigned last month to spend more time with his family.

“I’m very excited,” Hayden said. “It means a lot. I want to thank principal Dave Smith and Athletic Director Frank Crain for entrusting me. T.J. did a great job with the program. He changed the mentality and changed the way the way they do things. He put them in a great position to win, and I hope to piggyback on that.

Hayden is no stranger to baseball in the Ohio Valley. He won a state championship as the starting third baseman for Weir High in 2004, played collegiately at Bethany and West Liberty, and has been involved in coaching the sport in the area at some level since 2007, when he started his career by leading Weirton Post 10 while in college.

“Ohio Valley baseball means a lot to me,” he said. “There is so much good competition and so many good athletes. It’s good baseball and it teaches you more than just baseball.”

From there, he was an assistant at West Liberty under coaches Bo McConnaughy and Eric Burkle before joining Miller’s staff.

“I can’t even explain how much I’ve learned from the guys I’ve coached under,” Hayden said. “I started under coach Bill Magnone at the Legion program. He was a huge part of my learning. Then I went to coach Bo and coach Burkle, and we still talk. Even talking to and being around and talking to coach Fred (Heatherington) at Big Red and coach (Brian) Perkins at Toronto, I’ve learned. They don’t even have to say anything, you just listen to what they do and how they talk about the game and learn something. I tell my guys I learn something new every day. The game evolves, so you have to keep learning.”

Being a part of the group of coaches in the Valley is another aspect that excites him.

“There are guys in the area that have been doing it a long time and win every year. There are top-of-the-line coaches all over the area,” Hayden said. “(Mike Collopy) at Edison, Toronto, Big Red, Madonna brought coach Jeff Baire back, coach Jason Angle at Weir, coach Mike Valesko at Harrison Central. There are just so many good coaches around the Valley. I’m excited to coach against them and learn. It’s an honor to be a part of the group (of coaches in the area).”

As for what it has been like, and will be like, to coach against his old team with the county rival, it was hard for him to describe.

“It’s different. I’ve been doing it for three years now,” Hayden said. “I don’t really know how to explain it. I’m all-in with my guys at Oak Glen for sure, but deep down in my belly I still bleed that red and black. When we play them, there is no doubt that I am all-in with my Golden Bears and want to beat them every time we step on the field.”

“My style is a little different. I’m hard on my kids, but I’m also loving. I let them know that I’m there, I’m always going to be there for them,” he said. “I expect a lot. We’re going to be aggressive on offense and I expect us to make plays on defense.”

Having been there for three seasons and having familiarity with the team, he expects an easy transition.

“I hope it is smooth. The guys there know my style, how I coach and they know me,” Hayden said. “They know I’m all-in. They know I know the game. Hopefully they buy in to our style and the changes we’re going to make. Hopefully it makes it smoother.”

The group coming back, which went 16-10 this past season. 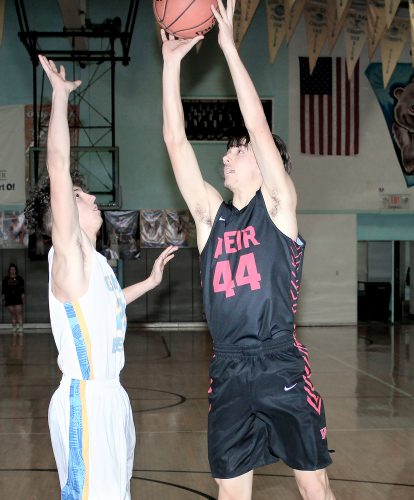 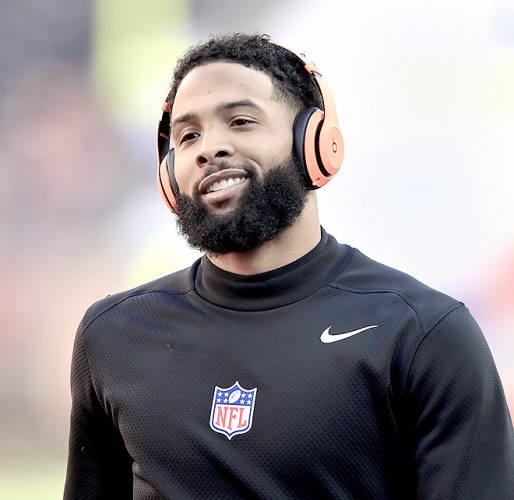 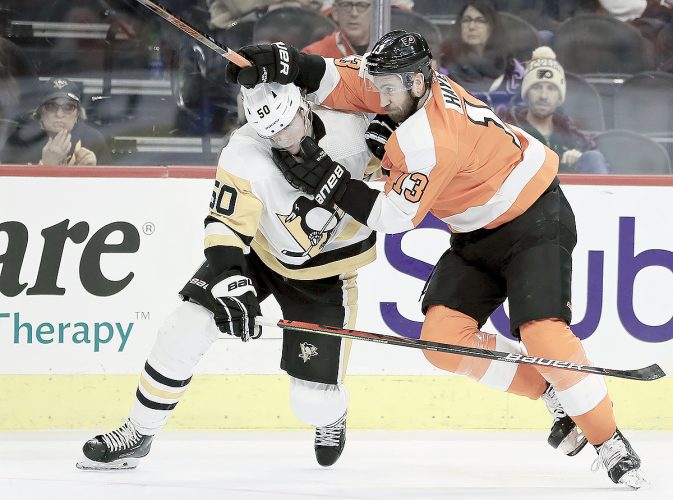 STEUBENVILLE — A high school basketball game is 32 minutes long, and Steubenville needed nearly all that time to ...

WHEELING — With a heavyweight showdown looming against Morgantown, Wheeling Park gave its full attention to ...