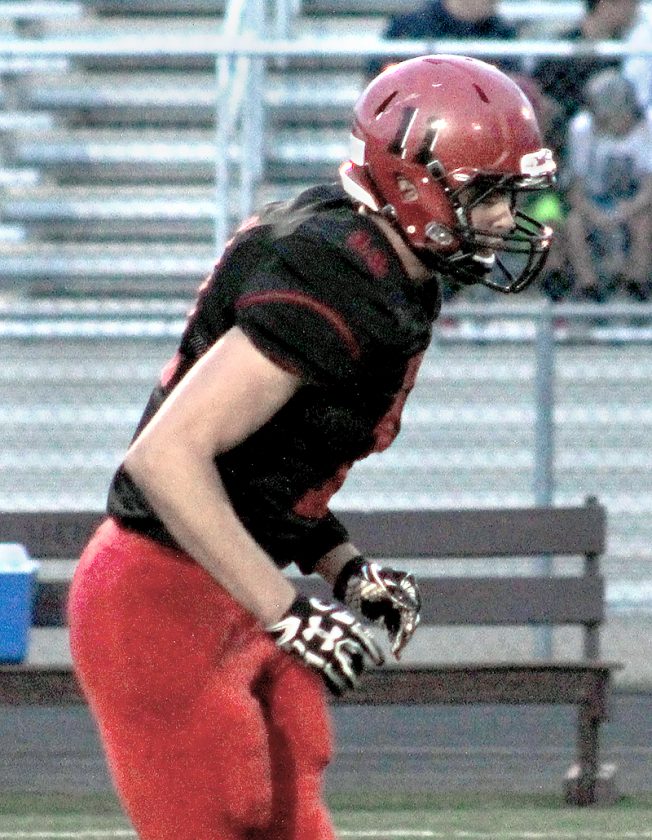 PARKERSBURG — When a coach plans to throw the ball a lot, having a multitude of receivers to pick from is helpful.

Such is the case for the West Virginia squad that will line up against Ohio in the 74th-annual OVAC Rudy Mumley All-Star football game, which is slated for July 27 at Wheeling Island Stadium.

Head Coach Mike Eddy has selected a deep pool of no fewer than seven receivers who are all expected to see time at that spot when camp opens at Bethany College on July 21.

“You’re going to see a lot of kids rotating in because we have a lot of really good kids we can throw the ball to,” Eddy said. “We’ll be meshing all kinds of different skill sets. We could get these kids to camp and make the decision not to run the ball one time, but we’re still in a wait-and-see for that.”

AARON ALVAREZ, Morgantown — This former Mohigan played on both sides of the ball for coach Matt Lacey’s squad.

The 6-3, 200-pounder recorded 24 tackles, two interceptions and nine pass breakups as a senior. He was recognized as first-team All-TRAC.

Along with football, Alvarez was a varsity basketball player and a member of the track team.

Alvarez, who is the son of Vince and Kristine Alvarez, plans to attend Marietta College.

Along with athletics, McCoy was a member of the National Honor Society.

McCoy, who is the son of Michael and Sunny McCoy, plans to attend West Virginia University.

DEVAUGHN MCWHORTER, Wheeling Park — This former Patriot standout shined on both sides of the ball for coach Chris Daugherty’s team.

The 5-10, 150-pounder caught 37 passes for 608 yards and nine touchdowns. He also took three kickoffs back for a touchdown. He logged 90 career tackles and broke up 20 passes. McWhorter was an all-state pick as a senior, along with All-OVAC.

On top of football, McWhorter was a three-year letterman in basketball and track.

McWhorter, who plans to attend Bethany College, is the son of Michael Neil and Tracy McWhorter.

REED REITTER, Weir — This former Red Rider was a standout in all three facets of the game for Filberto’s team.

The 6-4, 215-pounder caught 67 passes for 1,190 yards and 10 touchdowns. As a kicker, he scored 99 points and averaged 44 yards per kick on kickoffs. He also was the punter with a 36.7 yards per punt average. He logged 16.5 solo tackles and 48 assists. Reitter was a multiple-time All-OVAC, all-state performer. He was named first-team All-Valley twice.

Reitter played in the OVAC All-Star basketball game and was part of the Red Riders’ state championship sprint relay teams in track.

Reitter, who is the son of Bryon and Gina Reitter and Danielle Reed, plans to attend West Liberty.

Away from football, he was a standout in lacrosse where he served as team captain. He was a member of the National Honor Society and was named an AP Scholar.

Richardson, who is the son of Steve and Valerie Richardson, plans to attend West Virginia University.

The 6-4, 190-pounder shined at receiver and defensive back for the Knights. He was named first-team all-state and All-OVAC.

Along with football, Robbins was a standout in basketball, earning all-state recognition and a berth in the OVAC All-Star game. He also ran track.

Robbins, who is the son of Dwayne Robbins and Danielle Whorton, plans to attend West Liberty.

The 5-9, 165 pounder was a three-year starter and finished with 104 catches for 1,496 yards and 18 touchdowns. He was named second-team all-state as a senior, along with All-TRAC and All-Valley.

Away from football, Stakem was a multiple-year starter in basketball. He was active in the school.

Stakem, who is the son of Eric and Karen Stakem, plans to attend the University of Charleston.