Competitive National League Central in for taut second half 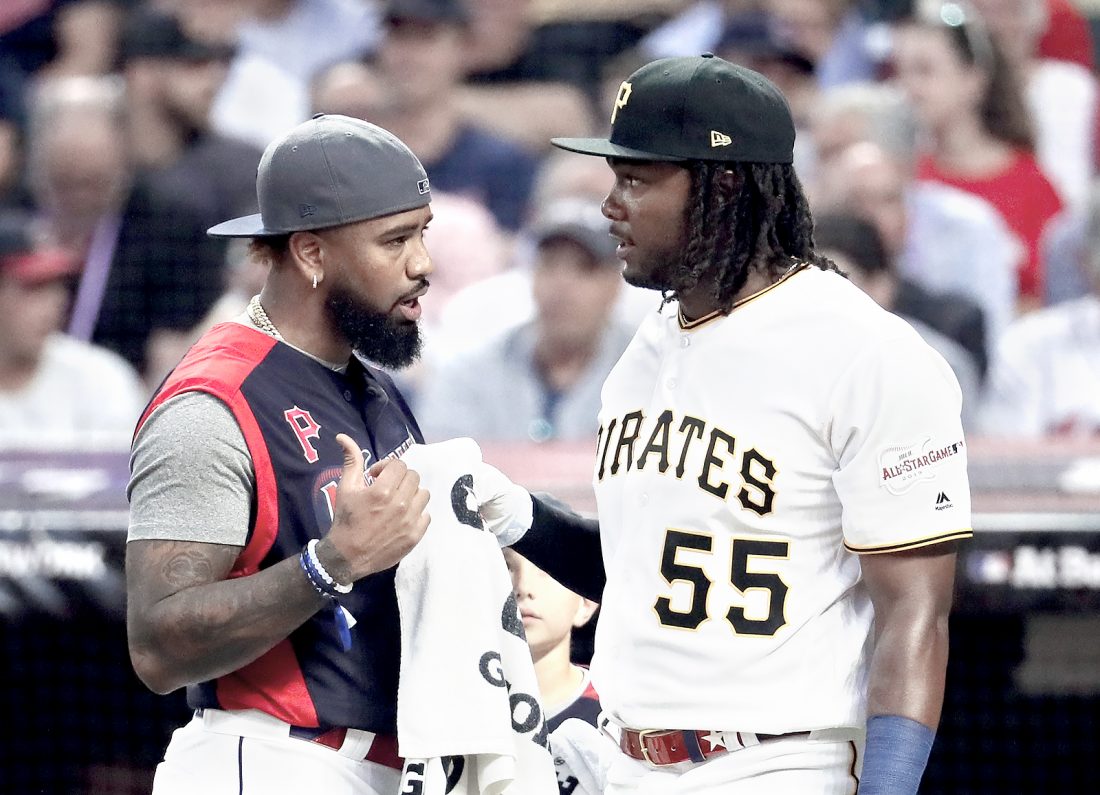 Shortly after getting tossed by home plate umpire Joe West on July 4 following an outburst in which the Chicago Cubs manager appeared ready to take on any and all comers from the Pittsburgh dugout after taking exception to the way the Pirates kept pitching up and in to his players, Maddon retired to the visiting manager’s office at PNC Park. He eased into a chair, opened a bottle of wine, flipped on the television and watched his wildly uneven team put the finishing touches on an 11-3 victory that avoided a four-game sweep.

Veteran move. Opportunities to relax over the next two-plus months will be scarce in the most competitive division in the majors.

The National League Central enters the second half with the first-place Cubs and last-place Cincinnati separated by just 4¢ games, an outlier during an otherwise yawn-inducing first half in which five divisions reached the All-Star break with at least a 5¢-game gap between first and second.

There are no front-runners in the NL Central. No room to breathe either, something Maddon saw coming long ago.

“I’ve been talking about this for the last two years how teams are getting better in our division,” Maddon said. “It’s not going to go away. It’s going to be really difficult to really separate, especially by the fact that everybody is catching up right now. The second half is going to be very similar to what you’ve seen in the first half.”

That’s exactly what the Reds had in mind when they retooled over the winter in an effort to stop a streak of four straight 90-loss seasons. Cincinnati upgraded its starting rotation over the winter, added swagger when it acquired outfielder Yaisel Puig from the Los Angeles Dodgers and overcame a shaky 1-8 start to stay within striking distance in a division in which sustained momentum has been nonexistent.

Maybe, but that will require one team in the Central finding a way to get the better of the other four on a consistent basis. That didn’t happen in the first half. Milwaukee is the only NL Central team with a winning record within the division (24-18) but has been unable to create any separation.

“It doesn’t make me comfortable that we’ve been spotty,” Brewers manager Craig Counsell said. “The division, we haven’t, nobody has jumped out. Somebody will. It almost has to happen that some team is going to start playing really well. Nobody has dug a hole for themselves, and I think every team feels good about that in our division for sure.”

First place, after all, is only a weeklong hot streak away. Not so much in the NL West — where the Dodgers have smashed their way to a 13¢- game lead — or the NL East — where Atlanta’s young core has given the Braves a healthy six-game cushion over Washington.

“You can slow it way down knowing that we’re only a few games back,” Cardinals infielder Paul deJong said. “Today’s important, so we’re focusing on today. We’re not thinking, ‘Oh, we’re 7¢ back and we’ve got to win 10 in a row.’ All of a sudden you’re thinking 10 games ahead and not focusing on winning today. For us, with the small deficit or small lead, every game’s important so it locks us in the now.”

And leaves each team with some interesting decisions to make as the trade deadline approaches.

The resilient Pirates entered the break just 2¢ games behind the Cubs despite having 80% of its starting rotation spend time on the injured list at some point. All-Star first baseman Josh Bell’s breakout season has helped. So has the impact of rookie outfielder Bryan Reynolds and rookie infielder Kevin Newman.

“We feel like we’re here for the fight,” Bell said. “We’re ready for it. I like the guys that we have. We trust ourselves to be celebrating at the end of the season.”

Then again, so does everyone else, which is one of the reasons the Central is so competitive. No one is rebuilding or transitioning from one core to the next.

“Each of us has our flaws, but there’s a deep level of talent in this division, and you do, you have five teams that their ambition is to make the postseason,” Pittsburgh general manager Neal Huntington said. “That’s not the case in some of the other divisions. That’s not criticism. Teams cycle in and cycle out. It’s part of the industry. It’s part of the game. It’s been part of the game for decades.”

So have pennant races. The Central’s figures to go right down to the wire as it did a year ago, when Chicago and Milwaukee needed a 163rd game to determine a division winner. The Brewers emerged and eventually reached the National League Championship Series. The Cubs had to settle for a wild-card berth.

There may not be any sort of consolation prize for the runner-up this time around. The four teams running behind Chicago are as close to the division lead as they are to the second wild card, leaving all five clubs potentially vying for one postseason spot.

It’s why Maddon — whose job status is tenuous at best just three years removed from leading the Cubs to their first World Series victory in more than a century — wants his players to buckle up and block out the noise.

“You have to circle the wagons at some point,” Maddon said. “Because today’s world, the way the speed of information and the way it’s generated and the vitriol that’s carried with it and the promotion of vitriol, you’ve got to get beyond that at some point and you have to insulate yourself.”

And are they circled in Chicago?

Considering what the Cubs are up against in baseball’s tightest division, they better be.