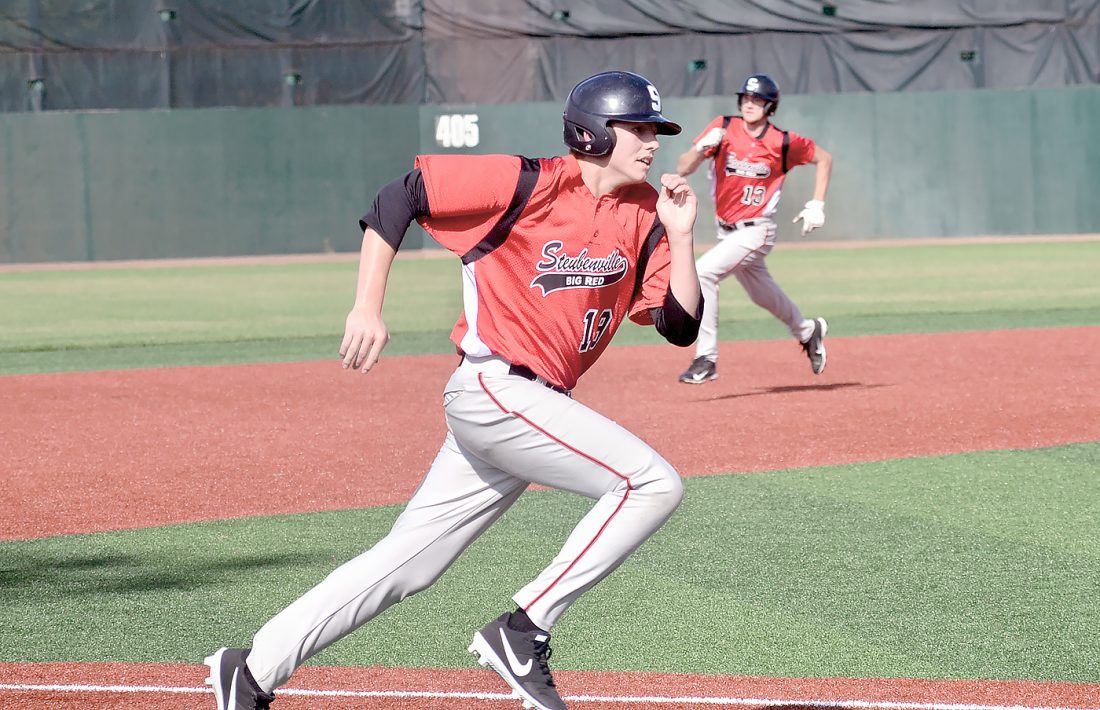 ATHENS — Matthew Busby stepped to the plate in the top of the sixth inning poised to make major noise.

St. Clairsville had runners at second and third with two out in its Ohio Division II regional baseball final against Steubenville and a hit would likely have broken the 2-2 deadlock the Red Devils were in with Big Red at Bob Wren Stadium.

Busby grounded out to the pitcher ending the inning. But St. Clairsville head coach Tom Sliva was confident that, if given another opportunity, he’d cash in.

With one away in the top of the eighth, Busby slapped a bases-loaded single, scoring a pair, lifting St. Clairsville to a 4-2 victory and a berth in the state tournament for the first time in 22 years.

“In the moment, you’re not really thinking about it,” Busby said of his third hit of the game in his fifth plate appearance. “You’re just up there looking for a good pitch to hit and trying to win it all for your team.”

Sliva had no doubt Busby would come through.

“I just felt good about it,” he said. “I felt good. I told him the other time he was the right man in the right spot. He was a little out in front of it, stayed back, kept his hands back enough and drove it up the middle.”

John Luke DeFilippo and Tyler Tonkovich scored on the play, one that put the Red Devils (20-10) in the state tournament for the second time in school and the first time since the late “Lefty” Hall led the program there. Hall died earlier this year.

Sliva replaced the Hall on the St. C. bench and couldn’t think of a more gritty group to be taking to Akron’s Canal Park at 10 a.m. Saturday. St. C.’s opponent hasn’t been decided, but will come from Region 5, whose final four includes Cleveland Benedictine, Tallmadge, Poland Seminary and Gilmour Academy.

“We’re really excited,” said Sliva, poised to coach in his first state tournament after a long run as a high school skipper at St. Clairsville and St. John.

“Since I’ve been here, we’ve had some regional appearances and caught some bad breaks. But (Friday), we were like ‘Why can’t it be us?’ In those other (two) games (Steubenville) spanked us. We know how good they are. But (Friday), we did it.”

The Red Devils and Big Red staged a classic, with both teams scoring two runs in the first three innings. From there, the pitchers and defense took over. Both St. C.’s Tyler Tonkovich and Steubenville’s Nico Kausky bent, but didn’t break as both teams left a plethora of runners on (St. Clairsville 9, Steubenville 9).

The Red Devils broke through first in the first when Will Balgo knocked in Kyle Storer.

Big Red came back with a pair of runs in the second courtesy of RBI singles by Ethan Duggan and Luke Zorne to go up 2-1.

Busby led off the third with a double. He came home two batters later on Peyton Drake’s groundout, which tied the score at 2-2.

“The game came down to earlier when we didn’t field the ball and we got down in the count,” Heatherington said. “We took too many fastballs down the middle of the plate and we swung at bad pitches. When you do that, you’re not going to win.”

DeFilippo singled to begin the eighth. Derek Witsberger got him to second on a sac bunt, while Tonkovich walked moments later. A wild pitch on ball four allowed DeFilippo to move to third.

Cade Wolfe was hit by a pitch, loading the bases and setting the stage for Busby’s heroics.

“We knew they were a good team and were going to have to bring our ‘A’ game no matter what,” Busby said.

After starting 7-5, Steubenville finished 25-7. Heatherington applauded his squad with sticking to the plan and riding out the rough patches.

‘The guys had to battle all year,” he said. “(Friday) just wasn’t our day.

‘I told (the players) they had nothing to be ashamed of. They got to a pot where a lot of people in our town didn’t think they could get to. We got here.”

St. Clairsville, meanwhile, has another game to play, something Sliva is elated about.

“Our kids came through,” he said. “I can’t say enough about how they battled and how got hits when it mattered and how we did the things we needed to do.

“I’m just so extremely proud of this group.”

For the past few years, St. Clairsville has seen other programs reach the state level. Sliva is proud to see the baseball program get its opportunity to shine.

“When you’re a coach, you dream of doing this, and we’re able to do it,” he said. “We’re so excited about it, and I’m so happy for (the players) and my assistants and everyone in the program.

“We worked really hard and we’re really excited to be here.” 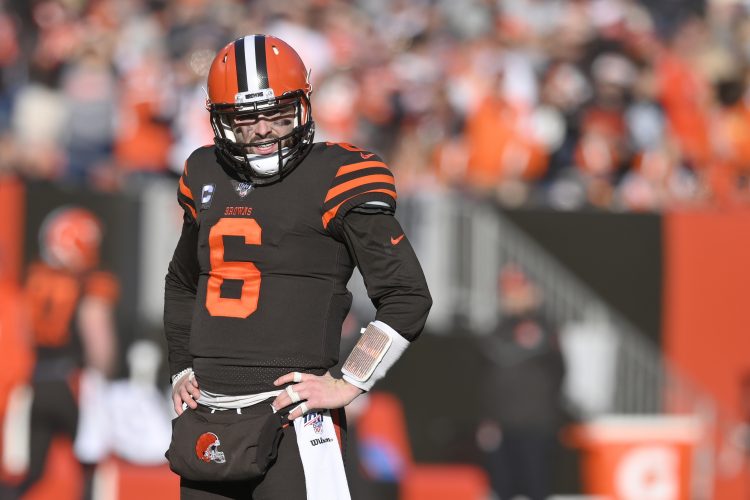 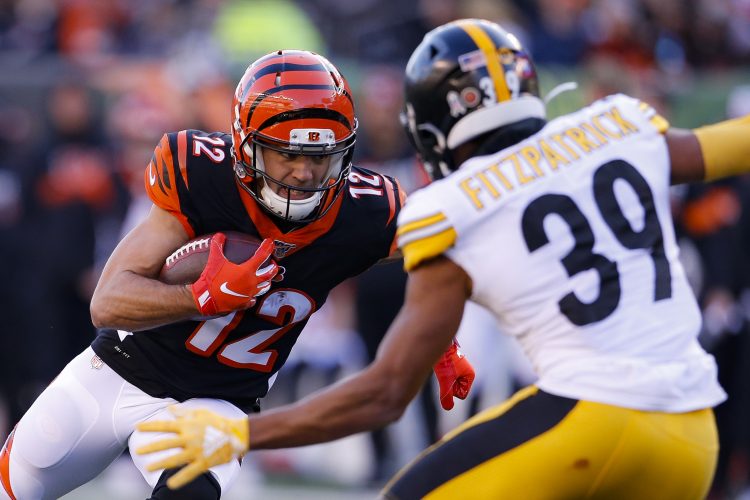 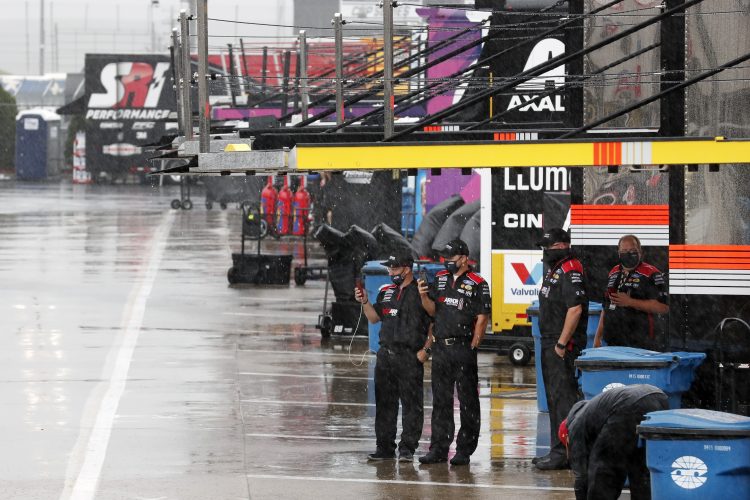 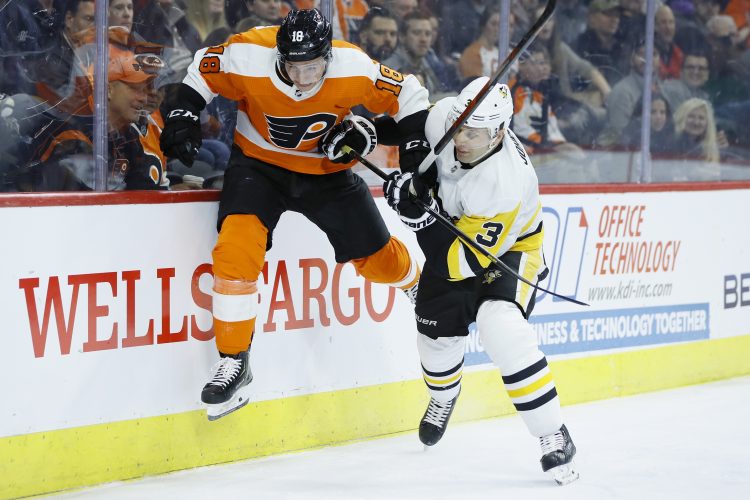