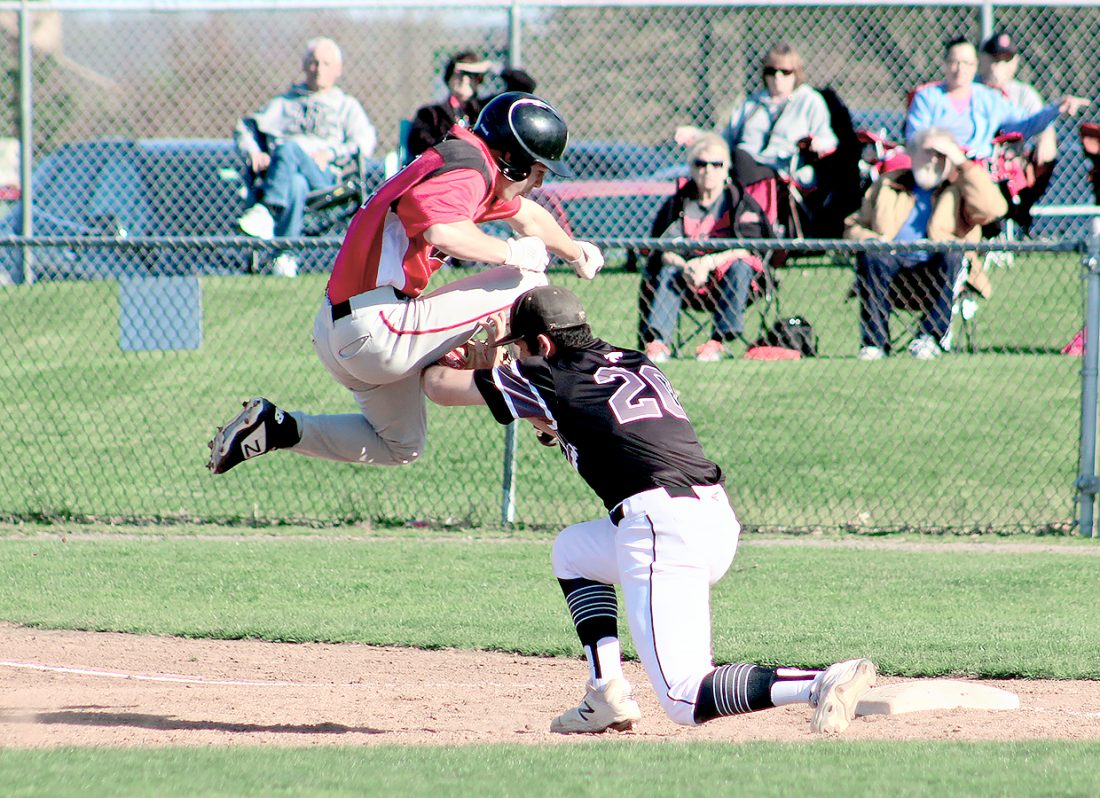 STEUBENVILLE — If the Steubenville baseball team wants to keep improving and get more wins as the season winds down, it must bring energy to each and every game.

It sounds simple, but it can make a tremendous impact. Just take Tuesday’s home contest against Edison.

Starting pitcher Niko Kausky definitely brought the energy. He pitched a one-hitter and allowed an unearned run during his complete-game, 5-1 victory. He also had a key two-run single late that put the game to bed.

“The key was he threw strikes. He got up there and threw strikes, and our defense was ready to make the plays,” Big Red head coach Fred Heatherington said. “We had a few errors, but that’s going to happen in high school baseball. If your pitcher can throw strikes and command two pitches, then you’re going to be in the game.”

Kausky’s performance came five days after his squad’s 18-12 home loss to Wheeling Park. Kausky did not factor in that decision, but he and the pitching staff could not hold an early 8-0 advantage.

On the other side, the Wildcats’ main issue was too many mistakes. They committed three errors and numerous wild pitches, and that’s how Big Red (9-5) scored all five times.

“We just made too many mistakes all the way around,” Edison head coach Mike Collopy said. “From the coaches to the players, we played a horrible game. We deserved to lose. When you’re hitting fly balls and striking out, you’re not going to beat anybody. We just didn’t come ready to play.

“(Kausky) pitched a good game, and I’m not taking anything away from him. But, when you are uncompetitive in your at-bats, putting balls in the air and striking out, you’re making it easy on the defense. We didn’t do anything offensively to give ourselves a chance. We just didn’t do anything well today.”

Steubenville drew first blood in the bottom of the third inning. Ethan Duggan reached second base on a double, went to third on an infield single from Luke Zorne and then scored on Andrew Kinney’s wild pitch.

Big Red added a second run in the fourth on Calvin Bickerstaff’s RBI groundout with one away and the bases loaded through two walks and an error. Steubenville had a similar situation in the fifth (loading the bases on two errors and a walk), but was unable to capitalize.

Edison (9-2) scored its lone run in the top of the fifth. Noah Woods singled to begin the frame — Edison’s lone hit — and reached second on an error in the outfield. After reaching third on a sacrifice bunt, he scored on a dropped pop-up in the middle infield.

With the score still 2-1 in the bottom of the sixth inning, Big Red finally got to Kinney with three runs. With two outs, Dom DeFrances drove home a run with an infield single. That set the stage for Kausky’s two-run single against relief pitcher Brandon Boyd.

“I think we left the bases loaded twice early in the game, but the key was we saw a lot of pitches,” Heatherington said. “Late in the game we finally got on those strikes. We were fortunate enough to get the big hit and end the game there.”

Kinney pitched 6 2/3 innings and took the loss. Two of the five runs allowed were earned, and he allowed three hits, six walks and struck out three.

Along with allowing just one unearned on one hit, Kausky walked three and struck out five.

Tuesday’s big implication involves the OVAC tournament. Before the contest, Edison was in second place in Class 4A, while Big Red sat in third in Class 5A. The top two teams in each class will host a game on Saturday. Both teams are unsure where they’ll land before the cutoff, which is tonight.

“Whoever we play we just have to be ready to play, that’s all,” Heatherington said. “We just have to come with energy and compete. We’re just worried about playing better. If we can come in with the energy we’re talking about, we’ll play better. That’s what we’re going to need, and it starts with me.”

EDISON: Welcomes Buckeye Local for a doubleheader on Thursday.

When will war on police end?