WEIRTON — Coming off two straight games of scoring 90 points or better, playing a game on back-to-back days and the thoughts of a 49-point win over Weir High in January, were at least three of the reasons the Fairmont Senior girls came out flat Thursday night at Weir High’s Carl Hamill Fieldhouse. The Red Riders took advantage of it in the first half before dropping a 73-53 decision.

It was the season finale for both teams as they now turn their attention to the Region 1, Section 2 tournament that begins Saturday with the No. 4 seed, Oak Glen, hosting old rival Weir High, the fifth seed, in a play-in game. The Red Riders finished the 2018-19 regular season with a 6-15 record.

The Red Riders had the lead briefly in the first quarter, which ended with the Polar Bears ahead 15-13. Fairmont Senior, the No. 2 ranked team in the state and now riding a four-game win streak, found themselves behind again in the second period when Weir High senior Julia Gianni’s shot put her team ahead 21-19 with 5:12 showing on the clock.

Twenty seconds later, Abby Faulkner responded with a 3-pointer and the Polar Bears gradually increased the lead, going to the break in front 37-29. The Red Riders were still within striking distance of the now 19-3 Polar Bears going into the fourth quarter behind by 12 at 51-39. However, the dream of an upset faded early when the Polar Bears got two quick hoops to open the final eight minutes.

“I have to give the girls credit,” said Red Rider coach Rick Stead. “We talked about it yesterday and they knew what they were up against. I told them to go out there with confidence and play the best game they could and not worry about the 77-28 drubbing they took in the first game in Fairmont on Jan. 21.”

That’s what happened as junior forward Sophia Mikula kept ripping her corner jump shot to lead the Red Riders with 26 points. She also had two blocks, a steal and an assist. Senior Gia Fuscardo followed with 13 points along with a couple of assists.

“Weir High played very hard,” said Fairmont Senior coach Cory Hines. “Sometimes when you play back-to-back (Fairmont Senior beat Liberty Harrison 94-30 Wednesday) you have to be ready but I thought we came out flat. I think some of the players we had on the floor were not focused early, which allowed them to take the lead a couple of times. You have to give them credit because they played real hard.

“We had some problems defensively tonight. I didn’t think we would give up 53 points, so you have to credit Weir for that. We have some things we have to work on in practice the next couple of days.”

Amysa Jordon, the Polar Bears’ leading scorer, recovered in the second half to score 19 points (16 in the second half). She blocked a couple of shots, had three steals and captured five rebounds. She was backed by Abby Faulkner’s 14 points and Regan Blasher added 10. Fairmont Senior now is the top seed in Section 2, Region 1 and will await the winner of Saturday’s Weir High at Oak Glen game. The Polar Bears will host the winner Tuesday.

Stead said he was proud of his girls.

“I’m not into moral wins, but losing by only 20 after the horrible loss we had at their place in January is something to be proud of,” said Stead. “The girls never quit and they haven’t quit all season long. We have played a brutal schedule and I think that has prepared the girls to play a team like this and not get blown out. When you play teams that are better than you, you get better and we’re getting better at the right time.”

The sectional game at Oak Glen Saturday has a 7 p.m. start time.

¯ The Polar Bear reserves scored a 61-2 win over Weir High with Akiva Cosby and Ali Broughton each scoring 14 points. Taylor Haught scored the lone goal for the Red Riders. 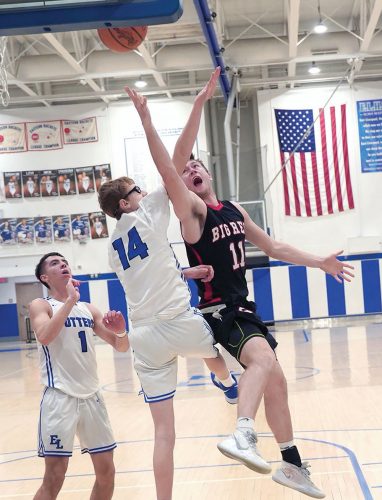 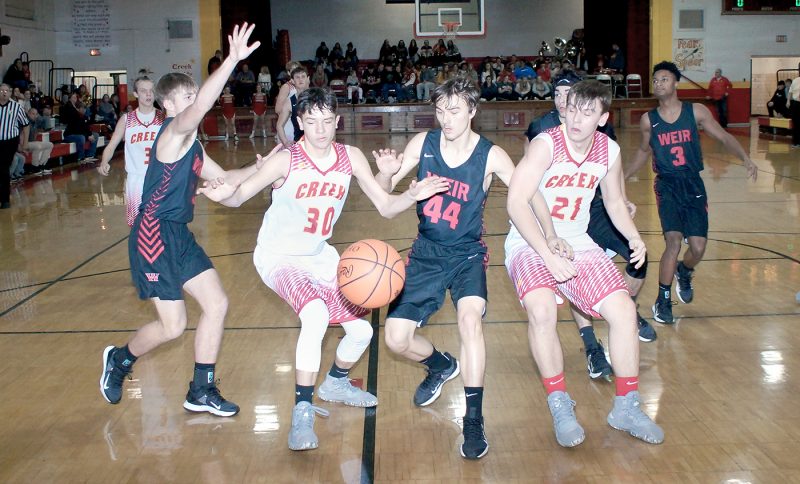