History in the Hills: Crawford’s Crossing

Director of operations at Historic Fort Steuben and the Steubenville Visitors Center.

Ask any student of history what the one thing they wish they could go back in time and experience from the past is, and I bet you would have some pretty cool answers.

For me, it could be witnessing the excitement of V-E Day after so many years at war. For my wife, it is witnessing Washington crossing the Delaware during the American Revolution. I know that there are places in our community that would have been worth seeing as well. I would love to have seen our valley before the mills came. Especially the area of North Weirton, which at the time before Weir bought it, was all still farmland owned since 1902 by a fellow called Cyrus Ferguson.

According to David Javersak, who wrote “The History of Weirton,” it was Ferguson who initially was responsible for bringing industry to our valley and selling part of his land holdings to E. T. Weir. The story of Cyrus Ferguson is extensive and worthy of an article in and of itself.

One place I would have loved to have seen is his home known as the Crawford Mansion. The mansion was located on Pennsylvania Avenue in downtown Weirton in the lot to the right of the old post office and across the street from the former Bank of Weirton, now the home of the Weirton Covenant Church. Crawford Avenue at the east end of that block is named in honor of that family.

This rambling home was built around 1849 by Robert Crawford. It was sprawling with a large front porch and two stories with a large side porch to the left of the building.

Robert was born in Donegal, Ireland, in 1799 and came to this country around 1820. By 1821 Crawford had settled near Pittsburgh in the Saw Mill Run area just south of the city. Robert bought and sold land in that area for about 20 years, owning many lots and interests in the South Hills area of Pittsburgh. In 1824 Crawford applied, and was granted in 1826, American citizenship by the Supreme Court of Pennsylvania.

A clever and successful businessman, Crawford expanded his business enterprises, acquiring ferries and facilitating trade up and down the river. Business in the Pittsburgh area was good, and Robert continued to have interests there at least until 1866. The financial panic of 1837, though, may have enticed Robert to move his enterprises south.

John Crawford, one of Robert’s brothers, had come to America around 1819 and settled on Kings Creek. Possibly John introduced Robert to this area, because around 1843, Robert purchased 231 acres of land in the area, eventually owning by 1856, 549 acres in total.

It was quite exciting when the Crawford family moved to the area from the big city.

Mary Ferguson recounts in her book “The History of Hollidays Cove,” “On Sunday morning they created quite a stir driving down the valley in their surrey, with the fringe on the top, to attend services. Mrs. Crawford and her daughters, right out of Pittsburgh, wore the very latest in bonnets, capes, silks and satins. They were something to be envied and emulated by local females; and made it quite worth the while for the faithless to start attending church again.”

Robert did not stay on the farm long. By 1857 he had turned over management of the farm to his son John Crawford and his new wife, Mary Porter of New Cumberland. Robert moved to Steubenville where he had purchased property and became a prominent citizen there. Although his father still owned the family farm in Virginia, John and Mary had seven children in that homestead, five of whom survived into adulthood. Shortly after the house was built, a stone barn was constructed nearby. It was said that Enoch Davis was the carpenter for the home and the barn. George Pentecost completed the stonework for $1,000, but on the night he received payment for his work, he lost it all playing euchre.

John Crawford owned a piano at his home and was an avid violin player. He also was choir director and an elder at Cove Presbyterian Church. During the Civil War, John was a staunch supporter of the United States, and when Virginia voted to leave the Union in 1861, he, along with a sizeable representation of prominent Hancock County men, went to Wheeling in May to discuss creating a restored government in Virginia. Later that year in July, John enlisted in the Panhandle Greys and became a First Lieutenant. This group, which at its height in 1862 consisted of 59 men, was a local militia made up of men who formed a home guard to protect the community from possible raiding and guerilla warfare by the Confederacy in our area.

They came together for about nine days a month for “service.” Requests were made from the group several times for rifles and ammunition from the restored government, but none were sent. The men of the Panhandle Greys had to be content to use old muskets to defend their homes. No fighting came to the area during the Civil War so the home guard was not called into service.

John and his family were very prominent in the community after the war. In 1870, old Robert Crawford died in Steubenville and was buried in Union Cemetery. Shortly before his death, he gave the farm officially to his son, who took great care of his holdings, by that time nearing 623 acres. While working on that farm in 1885, John injured himself due to a splinter under his fingernail. The wound became infected, and John contracted lockjaw, today known as tetanus. It was not treated in time, and John passed away at the age of 55. He is interred at Three Springs Cemetery.

Mary went on living at the mansion, selling off parts of the farm in 1887 to the railroad, establishing Crawford’s Crossing. In 1902, she sold off the farm to Cyrus Ferguson. Mary passed away in 1919 at the age of 86.

In the ensuing years, the City of Weirton grew up around the place and the old barn was used as the city garage. For many years it was thought that there was a tunnel connecting the house and the barn that could have been part of the Underground Railroad, and although evidence recently was found on the site to confirm the story, descendants of the Crawford family, speaking in the 1960s refuted the claims. The barn was demolished in 1961, and the house soon followed in 1965.

Today there is nothing left on the site except a vacant lot. Perhaps if you listen closely in that empty space, one may be able to hear the sound of the home guard marching on the front lawn or the sound of the piano playing in the grand rooms of the lost Crawford Mansion. I hear it, do you?

(Zuros is director of operations at Historic Fort Steuben and the Steubenville Visitors Center.)

Reflecting on a busy week

When you’ve been forced to go through an 18-month period where there have been precious few opportunities to ... 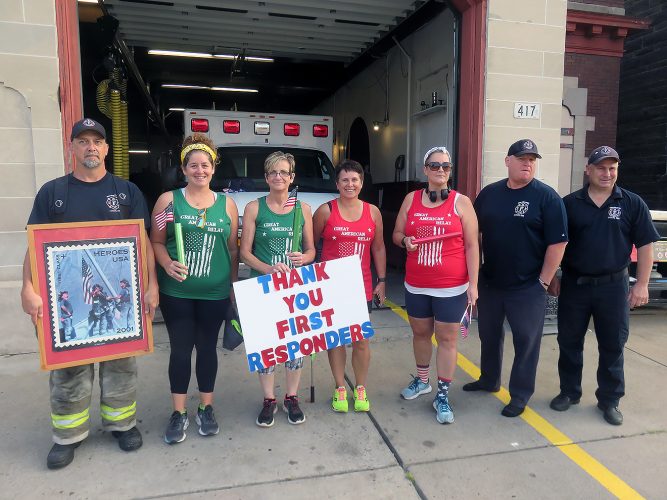 Unplanned makes the planned sweeter yet

Everyone is aware of the substance misuse problem that has been labeled a public health epidemic. Everyone does not ...

Mississippians are hardworking and constantly seeking opportunities to better themselves, their families and their ...

Oct. 27, 1998, was a typical Tuesday. Residents from around the Tri-State Area went about their normal routines. ...