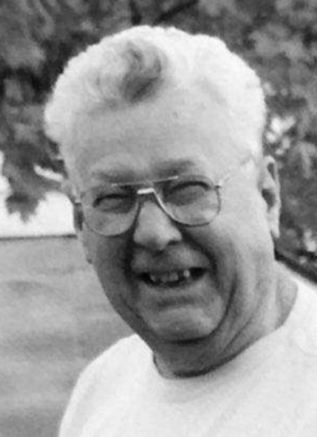 Born on November 11, 1932 in Follansbee, WV, a son of the late Richard (Bud) Carl Waugh and Ruth Alice (Ogden) Waugh.

After graduating from Follansbee High School in 1950, he served 4 years in the Air Force.

He attended business college after the service. He co-owned Tri-State Wholesale Oil in Paris, PA until 1965. Then owned and operated the Ashland Gas Station on Hooverson Heights in Follansbee until 1976.

Then after several years he continued on at the Branch. He served as a minister for 45 years.

He and his wife dedicated most of their lives to helping those in need. They took in many people with addictions, broken marriages, broken homes and anyone in need. It was actually hard to convince them to keep their doors locked in their later years because they always wanted to keep them open for anyone seeking shelter for whatever reason.

Roy was a boy Scout leader in his earlier years and he was a member of Bowen’s Lake.

So many good memories were enjoyed with him there. He loved taking the family and anyone who could fit in the back of the pickup truck to the lake. He also created the house and yard where all of the kids in the neighborhood wanted to hang out. He made a football and baseball field in the back yard. He also put up a basketball hoop, volleyball net, Croquet game or whatever would keep the kids occupied. He loved piecing bikes together for anyone in need of one. He never liked to see anyone “do without.”

The family of Roy would like to extend a special thanks to the good folks and owner, Chris Piccirillo, at Golden Oaks Residential home and the staff of Amedysis Hospice. They not only gave Roy the excellent care that he needed, but he was treated like family.

Visitation will be held on Friday, December 10, from 5 to 8 p.m., and again on Saturday, December 11, from 10 a.m. until the time of funeral services at 11 a.m. at the Mullenbach Funeral Home, 669 Main St., Follansbee, WV with Sheldon Barnett officiating.

Interment will follow at Oak Grove Cemetery in Follansbee, WV.

Full military honors will be conducted by the Ohio Valley Veterans Memorial Squad and the United States Air Force.

Condolences may be sent to www.mullenbachfh.com.