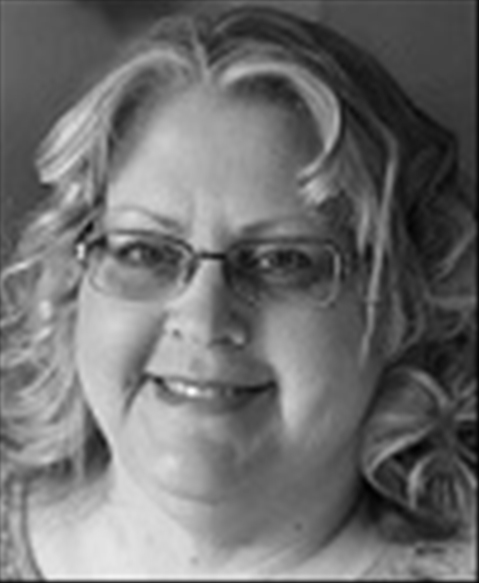 Sheila Marie Hostuttler-Hinerman of Weirton, WV passed away peacefully surrounded by her loving family and friends on Sunday, October 17, 2021 at the age 54.

Sheila was born in Weirton, WV on April 14, 1967, one of two children born to Gary and Linda (Showalter) Hostuttler, Sr.

An active member and graduate of the Weir High School class of 1985 where she was involved in musical chorus and proudly lettered as an athletic statistician. After graduation, Sheila went on to work at Weirton Medical Center, as a Nuclear medicine technician.

In January of 1986, Sheila agreed to a blind date with James “Jim” Hinerman, and just after three days, Jim asked for her hand in marriage.

On June 7, 1986, Sheila and Jim were married and relocated to Sumter, South Carolina where Jim was stationed at Shaw Air Force Base.

In their first year of marriage, they started their family by welcoming their first son, James Hansen Hinerman, II. Over the course of 35 years, they were also blessed with a daughter, Hannah Marie Hinerman, and their youngest son, Philip Hansen Hinerman. Sheila and Jim’s adventures led them to South Carolina, Ohio, Florida, and they finally settled into their dream home in West Virginia. Weirton is where they made their home for the past 27 years.

Sheila was a loving nurturing mother, who always gave so much of herself to others, especially when it came to taking care of her family. A truly selfless woman, Sheila never met a stranger and had the gift of remembering everyone she met. With her outgoing, caring, and loving personality, Sheila was a natural at bringing people together. She supported all her children, nephews, and cousins as they participated in their school’s extracurricular activities. She enjoyed all sports, especially watching the Olympic Games.

Sheila was an active member of the Weirton First Church of the Nazarene. Sheila volunteered her time as a Caravan Director for many years. She supported many church functions, where she met some of her dearest friends. Sheila’s service through church ministries touched countless lives and her impact will be felt for generations to come.

Most of all, Sheila will be remembered as a loving daughter, sis, wife, mom, and Aunt Sissy. Sheila was grateful to live close to her parents, because her family meant so much to her. She truly let the love of Christ shine in and through her in every facet of her life. Because of Sheila’s Christlike example, her family will continue to live her legacy just as she asked us to do in her final moments.

She will be remembered with love and admiration by her husband, James “Jim” Hansen Hinerman; her son James Hansen Hinerman II and his fiance Zack Decker of Massachusetts; her daughter Hannah Marie Hinerman and her fiance Taylor Dallas of Ohio; her son, Philip Hansen Hinerman; her parents Gary Lynn Hostultter, Sr, and Linda Lee (Showalter) Hostuttler; her brother, Gary Lynn Hostuttler, Jr, and his wife Becky Hostuttler; her nephews, Garet, Levi, and Wyatt Hostuttler; and her mother-in-law, Bonnie Hinerman of Florida. In addition to her immediate family, numerous extended family members and very close friends will also lovingly remember Sheila.

Sheila will be laid to rest at Chapel Hill Memorial Gardens where a graveside service will be held.

Facial masks will be mandatory for all visitations and funeral services.

Share tributes and memories with Sheila’s family at www.greco hertnick.com.