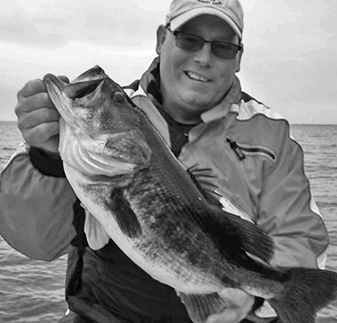 Michael “Chappy” Chapman, 65, of Tallmadge, died peacefully at home on March 25, 2020, surrounded by his beloved wife Joyce (Starcher) and his faithful dog Mary.

He was born Nov. 5, 1954, to the late Dr. Billie and Evelyn Chapman in Beverly, Ohio, and spent his childhood and adolescence in Smithfield, Ohio. He graduated from Smithfield High School and went on to attend Jefferson Technical Institute, spending his summers as a lifeguard at Tappan Lake and behind the plate at the local ballpark.

He then began his long and dedicated career with the United Parcel Service, working his way up from pre-loader to package car and then feeder truck driver, and after 38 years earned “25-Year Circle of Honor” status. It was during this time at UPS that Chappy acquired some of his most cherished friends.

Michael met the love of his life, Joyce, in 2011 and they wed in 2014. He spent his retirement split between Ohio and Florida as pontoon boat captain, official campfire builder, and cross-country traveler. He relished a three-year stint playing jolly St. Nicholas on the Cuyahoga Valley Scenic Railroad’s Polar Express. He was also an active member of Tallmadge United Methodist Church. Unfortunately, he fell ill with end-stage congestive heart failure and spent three long years on the transplant list — 105 days of which were in the Intensive Care Unit. This was not the end for our famed storyteller as he received the gift of life from an anonymous hearttransplant donor in 2017. Over the next 2.5 years, he checked more off his bucket list until he “went down swinging” after a short but hard-fought battle with cancer.

He was preceded in death by his brother Bill Chapman.

Checks can be made payable to Cleveland Clinic; write Helping Heart Fund and In Memory of Michael Chapman in memo line.

A celebration of his life will be held in the near future where Mike has asked for a gathering of loved ones in Smithfield, Ohio.