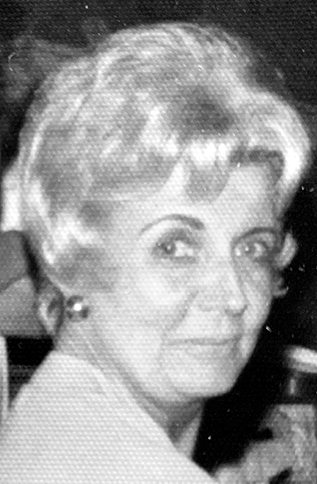 Although the Sound of Music in The Ohio Valley has somewhat dimmed at the loss of this talented musician, the heavens have welcomed her with open arms. There is no doubt that the trumpets were blaring and the harps were playing as she entered the gates to meet her Lord and Savior.

Ila was born on November 9, 1928 to the late Leland E. and Anna Margaret (McCullough) King at her home in New Alexandria, OH. As a child, her father insisted that she take violin lessons, while her sister took piano lessons in their home. Ila would hide around the corner, and when the piano teacher left, she would sit down and play her sister’s entire lesson by ear. She graduated from Brilliant High School at the age of 16 and went on to Baldwin Wallace College, majoring in violin, but admits that the piano was always her first love.

After graduating from college, Ila became the band and vocal director at Wayne High School in Bloomingdale, OH where she would teach for ten years. She made many lifelong friends while teaching there as she was only twenty years old and had many students that were 17 & 18! While looking out of her classroom window one day, she noticed a tall, handsome man named Bobby Walrath, and knew instantly that she was going to marry him. They were married in June of 1951 and moved to Cadiz in January of 1960 where they would eventually raise their four children. She and Bob built and operated the Dairy Isle on East Market Street for a number of years before she retired to being a full time mom.

As a member of the Presbyterian church in Cadiz, Ila began playing piano and organ duets with Spencer Warren, who was the organist at the time. Upon his retirement in 1976, Mrs. Walrath took on the role of organist, working with six different ministers and four choir directors over the next forty years. There was rarely a community event where her presence was not known. She played for countless Cadiz High School musicals, Solo and Ensemble competitions, the Coal Festival’s Queen Pageant, and accompanied The New Beginnings Youth Choir for several years. Ila also played for 234 weddings in 40 different churches in the Ohio Valley, as well as numerous funerals, keeping a journal of each one.

In the early 1980’s, Ila went back to teaching elementary music in the Harrison Hills School District. She loved her students dearly, and arranged many fabulous music programs where proud parents and grandparents could go and see their children perform. In addition to music, Ila had a passion for playing cards. She was an avid Bridge player with many dear friends, and loved to play “Shanghai” and “Hand & Foot” with her family members, sometimes into the wee hours of the morning! She also enjoyed entertaining around the holidays, being an excellent cook and baker, as is evident by her collection of hundreds of cookbooks.

Ila was named “Citizen of the Year” in 1983 and was recently honored by the Cadiz Business Association with the Cadiz Women’s Civic Club Community Service Award for her distinguished public service and contribution to the betterment of the community. She was a past member of the Women’s Golf Association at the Cadiz Country Club as well as a member of a bowling league at JD Lanes. Ila was blessed to have many wonderful friends in her life, and she cherished the time that she spent with each of them. She was a devoted wife, wonderful mother, and very proud grandmother.

In addition to her parents, she was preceded in death by her husband of 67 years, Robert G. Walrath in July of 2018; her sister Barbara and brother-in-law James R. Mansfield of Lakeland, FL; and her nephew, Norman E. Mansfield, also of Lakeland.

Visitation will be held on Sunday, November 10th from 1-5 p.m. at the Clark- Kirkland Funeral Home in Cadiz. There will also be visitation from 10 a.m. until time of service at 11 a.m., Monday, November 11, 2019 at the Presbyterian Church of Cadiz with Rev. John Harris officiating. Burial will follow at Greenwood Cemetery in Hopedale.

In lieu of flowers, memorial contributions may be made to the Presbyterian Church of Cadiz, 154 West Market St., Cadiz, OH 43907.