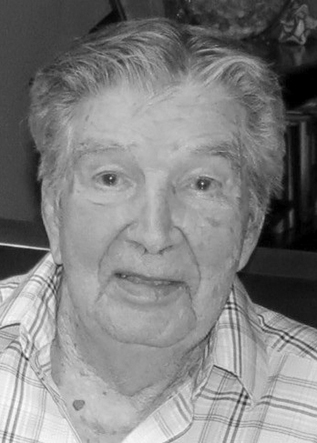 He was born and raised in East Sparta, OH, son of the late Edward and Bessie Roberta (Hoverman) McVann.

In addition to his parents, he was preceded in death by his wives, Margaret Ann (Knotts) McVann (June 17, 1979) and Elizabeth L. ‘Betty’ (Papandrea) Fulton McVann (August 21, 2016); brothers, Robert and Eugene; and sister, Patricia Eichelberger.

He was a 1942 graduate of East Sparta HS, lettering in baseball, football, basketball and track. After graduation he enlisted in the U.S. Navy. He served in WWII, from 1943-1946, seeing action throughout the western Pacific. Jay attained the rank of Coxswain before his discharge.

Jay was a member of St. Francis Roman Catholic Church in Toronto, IUOE and the Knights of Columbus.

Visitation will be held Friday, October 18, from 2-7 p.m., at the J.E. Foster Funeral Home, in Toronto. Funeral Liturgy with Mass will be held Saturday, at 10 a.m., at St. Francis Church. Fr. Thomas Vennitti will celebrate and Military Honors will follow provided by the Toronto American Legion Post 86.

Additional visitation will be held Saturday, in the rear of the church, from 9:15 – 10 a.m. Vigil Service will be Friday, at 7 p.m., at the funeral home.

Memorial donations, in memory of Jay, can be made to your local community hospice organization. Special thanks to the staff of The Palms at Ponte Vedra and Community Hospice Palliative Care Jacksonville FL, for their compassionate care of Jay.