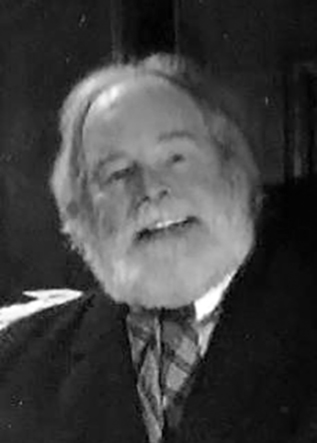 Kelsey James Hayward passed away on Monday, August 12, 2019. He was born on October 23, 1949 to Verna James Hayward and Howard Hayward. As a child, he attended First Christian Church in Chester, WV. Kelsey gravitated toward the arts early in life. He took tap dance classes as a boy, and learned to play saxophone.

He first discovered his love of theatre in high school. Kelsey’s first role was in “O Promise Me.” He graduated from Oak Glen High School with honors and attended Marshall University. He earned a master’s degree in history with a minor in psychology. Following graduate school, Kelsey immediately began teaching at Oak Glen High School.

Kelsey’s passions were teaching and theatre. He had an astounding 42-year career at Oak Glen High School. He was a consummate teacher. Kelsey taught using a combination of humor and storytelling. He had a story for every situation, and captivated any audience in front of him. His humor, wit, intelligence and compassion allowed him to create meaningful and lasting relationships with the many students with whom he came into contact.

Kelsey was most proud of his work in Oak Glen High School’s Little Theatre. His directorial debut was the play, “It’s Great to Be Crazy.” He dedicated his life to the theatre. Not only did he teach acting, but also developed work ethic, encouraged empathy and instilled confidence in all of his students. Most importantly, Kelsey made his theatre a family. All were welcome. All were loved.

Kelsey was also able to take his talents as a theatre teacher to the Governor’s School of the Arts for several years. He was honored to act as a teacher and mentor to theatre students across the state. Kelsey was awarded a lifetime achievement award by the West Virginia Theatre Association.

In his spare time, and in retirement, Kelsey directed theatre for Excalibur Productions and Steubenville Players. He also read Edgar Allan Poe works during Halloween for the Hancock County Museum. Kelsey also participated in productions with Steubenville Players. He loved acting as much as directing. Kelsey’s favorite role was that of Tevya in “Fiddler on the Roof,” with his sister, Charla, playing Golda.

He loved the Pittsburgh Pirates and Steelers as well as Marshall University Thundering Herd. He enjoyed spending time with nieces and nephews at Pirates games in the spring and summer. Kelsey also loved taking his family members to Broadway productions, where he may or may not tell his family how he’d direct the play differently. Kelsey’s absolute favorite time with his loved ones was during the Christmas season. Kelsey loved Santa and was often mistaken for him.

He was preceded in death by his parents Howard and Verna Hayward; a brother, Gary Hayward, and two sisters, Loieta (Steve) McDonald and Charla (Scott) Keranen.

Kelsey had a larger than life personality. People naturally gravitated to him. His work affected the lives of so many that everyone you meet has a “Kelsey Hayward story.” Kelsey’s family is requesting that those coming to pay their respects be prepared to write a story to be shared by family members.

In lieu of flowers, we ask that donations be made to Oak Glen High School Little Theatre to contribute to a scholarship in Kelsey’s name.