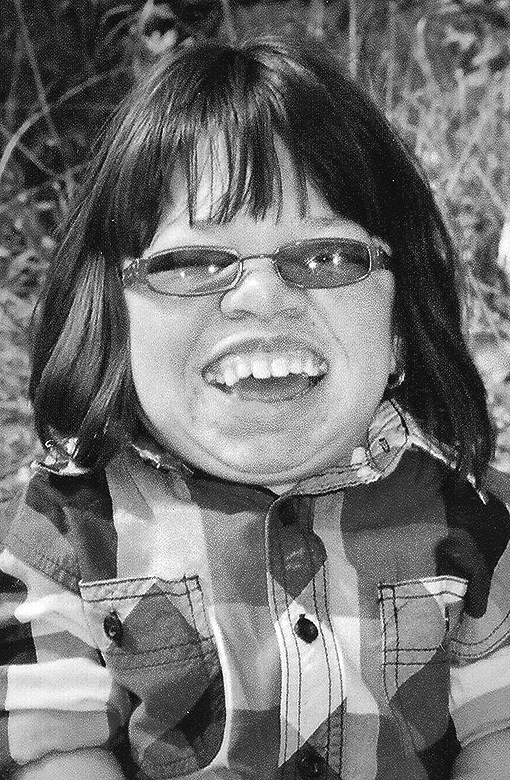 Morgan Elizabeth Stock, age 22, passed away at home in Amherst, OH on Thursday, May 9, 2019 after a lifetime illness.

She was born on July 19, 1996 at Elyria Memorial Hospital and lived her entire life at home in Amherst with her mom & dad. She was a 2014 graduate of Amherst High School, where she was also crowned as the 2013 Homecoming Queen — which, not surprisingly, she won by the popular vote of 90%. She was a member of Nativity of the BVM Parish, in South Amherst.

Morgan’s personality automatically drew everyone towards her. Those who met her, immediately fell in love with her, and there wasn’t a single person she didn’t love or care for either. Morgan cared about everyone first, and never herself. You would never know that she was in pain. She was also great at keeping everyone ‘in line’ and being independent herself. Lovingly and proudly, she was the ‘boss.’

She was an avid Pittsburgh Steelers fan and always enjoyed watching her Cleveland Indians. She liked being read to and enjoyed singing. Morgan’s greatest love for a hobby that she put her whole heart into was collecting pop tabs for the Ronald McDonald House in Cleveland. It was so much more than that though. All she wanted to do is help all the sick children, which she did by collecting over hundreds and thousands of tabs every year to raise money for the cause. Throughout her journey, she met and was known by people all over theworld. There was even a time when someone who lived in Hawaii mailed her a big box of pop tabs that they were saving, after learning about her efforts to help children. Morgan eventually became a spokesperson for the Ronald McDonald House. She did all of this out of love and concern for others and always gave it her all and would never want anything in return.

Morgan is going to be dearly missed by all who knew her, but especially by her parents, Mike & Michele (Freeland) Stock; paternal grandparents, Dennis & Jean Stock, of Amherst; maternal grand- parents, Richard & Patricia Freeland, of Smithfield; an uncle and aunt, Chris & Christina Deters, of Smithfield; a cousin, Nicholas and Chelsea Stock and her many aunts and uncles. She is also going to missed dearly by her very good, childhood friend, Alexis Arendt.

She was preceded indeath and was met at the pearly gates in Heaven by her Uncle Dennis Stock and her Uncle Jeffery Freeland.

The family will receive friends Tuesday, May 14 from 2-8 p.m., in the Dovin and Reber JonesFuneral & Cremation Center in Amherst. Her Funeral Mass will be held Wednesday at 10 a.m. at Nativity of the BVM Parish in Amherst.

The family will also be receiving friends locally on Thursday, May 16 from 2 – 8 p.m. at the J.E. Foster Funeral Home 107 Hill Street, in Smithfield, OH with a service being held at 7 p.m. led by Kenny Kourim.

Instead of flowers, the family believes that Morgan’s love and legacy will best be remembered by donating to the Ronald McDonald House of Cleveland, 10415 Euclid Avenue, Cleveland, OH 44106.