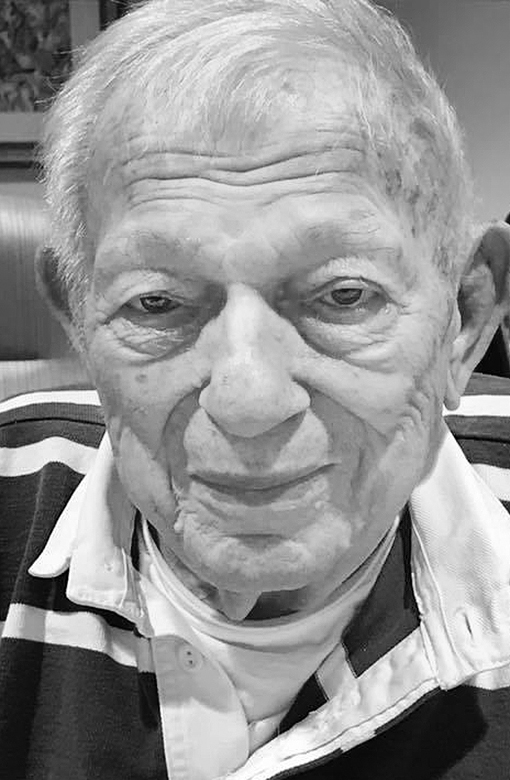 Joe was a life-long resident of Toronto, Ohio, until he moved to Columbus, Ohio, in 2010 to reside at the Forum at Knightsbridge.

Joe was pre-deceased by his wife, Anna Marie (Dahill) Karaffa, who passed away October 30, 2013, one week following their 67th wedding anniversary.

Joe was a veteran of World War II, where he served as a medic in the 407th Medical Detachment of the 102nd Infantry. He was proud of his service to our country, and last November signed his name to numerous Christmas cards that were sent to current service members.

Joe graduated from Toronto High School in 1942 and was recognized with a Distinguished Alumni Award in 1990. He was also a graduate of the Franciscan University of Steubenville and the University of Pittsburgh. Although he only attended The Ohio State University for one semester, he was a passionate Buckeye football and basketball fan. Joe spent his entire professional career with the Toronto City Schools. He began teaching at Lincoln Elementary School in 1952. He was named principal of Central School in 1961, and the following year, became principal of S.C Dennis Junior High School. He was named principal of Central School in 1961, became principal of Lincoln Elementary in 1962, and became principal of S.C Dennis Junior High School in 1965. He held that position until he was named superintendent of Toronto City Schools in 1976. He was the first graduate of Toronto City Schools to serve as superintendent. He retired in 1985 after successfully leading a campaign to build a new school building which was subsequently named in his honor. Following his retirement, he spent several years working part time for the Jefferson County Joint Vocational School. He also served on the Toronto Board of Education and was a board member of the Toronto High School Alumni Association. Joe spoke often to anyone who would listen about his love for Toronto and his years working with the school district.

In addition to his wife, Joe was preceded in death by his parents, John B. and Anna B. Karaffa; siblings, Margaret Muczynski and John Karaffa; and niece, Karen Muczynski Smith.

The family would like to thank the caring and compassionate staff of the Health Care Center at the Forum at Knightsbridge. The staff felt like family, brought out the best in him, and kept him entertained and challenged mentally until his final days. Thanks also to Ohio Health Hospice for the compassionate extra level of care provided in his final weeks.

Family and friends will gather for visitation on Monday, March 18 from 4-8 p.m. at the Clarke Funeral Home, 302 Main St., Toronto, Ohio 43964. Additional visitation hours will be held on Tuesday, March 19 from 9-9:30 a.m. at the funeral home, where the family will share and celebrate Joe’s life. A Requiem with Divine Liturgy will follow at 10 a.m. at the St. Joseph Byzantine Catholic Church (814 North Fifth St., Toronto, Ohio 43964) with Reverend Father John Kapitan Jr. OFM as Celebrant. Burial will follow at Toronto Union Cemetery.

There will be full military honors by the Toronto American Legion at the cemetery.

In his memory, contributions can be made to the Joseph and Anna Marie Karaffa Award for Excellence in Education in care of the Toronto High School Alumni Association. This fund was established in 1997 to honor Joe and Anna Marie on their 50th wedding anniversary to annually recognize a teacher or administrator from Toronto City Schools. Contributions can be mailed to the Toronto High School Alumni Association, 102 North Third Street, P.O. Box 273, Toronto, Ohio, 43964. Contributions can also be made in Joe’s memory to Ohio Health Hospice at: https://foundation. ohiohealth.com/programs/ hospice-giving.

To send condolences to the family, go to www. clarkefuneralhome.com