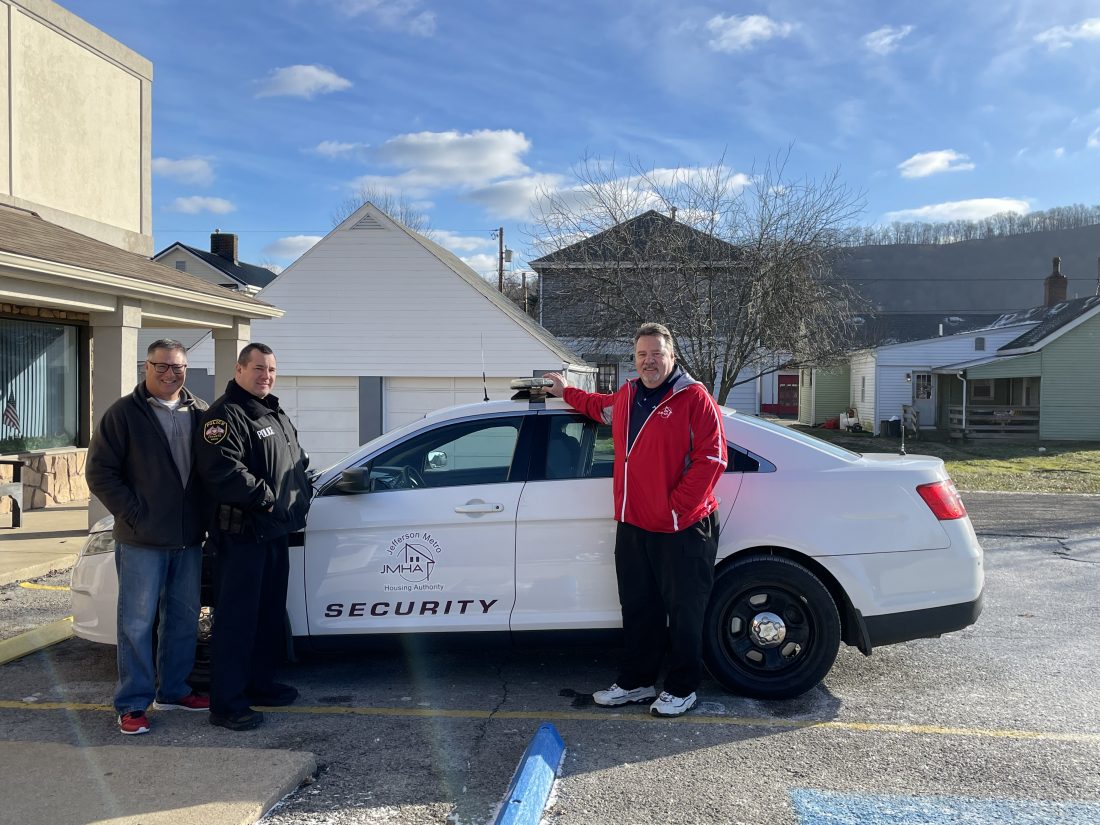 DONATION — The city of Toronto and its police department donated a cruiser they no longer need to Jefferson Metropolitan Housing Authority. On hand for the presentation were, from left, Toronto Mayor John Parker, Police Chief Charley Daniels and John Stasiulewicz, JMHA security chief. -- Linda Harris

The used vehicle was donated by the city and Toronto police.

“We’ve donated cruisers in the past,” Mayor John Parker said. “We’ve donated to Saline Township, to the Jefferson County Sheriff’s Department. This year we were asked by JMHA if we had a car available to donate to them to be used for security purposes. I, myself and Chief Charley Daniels thought it would be a good cause to donate to them since they do have officers who patrol our housing projects up here for us.”

JMHA Executive Director Melody McClurg said they’ll be putting it to good use.

“We’re just very grateful to the city of Toronto and Toronto Police Department for donating the cruiser to us,” McClurg said. “They’ve been very easy to work with on any issues we have. We work very well with the both the city and police department.”

“It’s nice that it was donated,” he said. “It saves (JMHA) a lot of money. My guys drive 90 to 100 miles a day with all our properties, all over the county from Toronto to Tiltonsville/Yorkville, so it’s a nice asset. Plus, it saved (JMHA) a ton of money by not having to buy one.”

Part-time officers working for JMHA patrol all of its properties, including the high-rises,“talking to tenants, making sure they don’t have any problems. We’re trying to make a difference,” Stasiulewicz said.

Daniels said there haven’t been many issues at JMHA’s Toronto sites during the last 12 to 18 months.

“The biggest issue we’ve had is getting to our garbage cans at a time where someone parks on the yellow line,” he said. “If that’s our biggest problem, we’re doing something (right).”