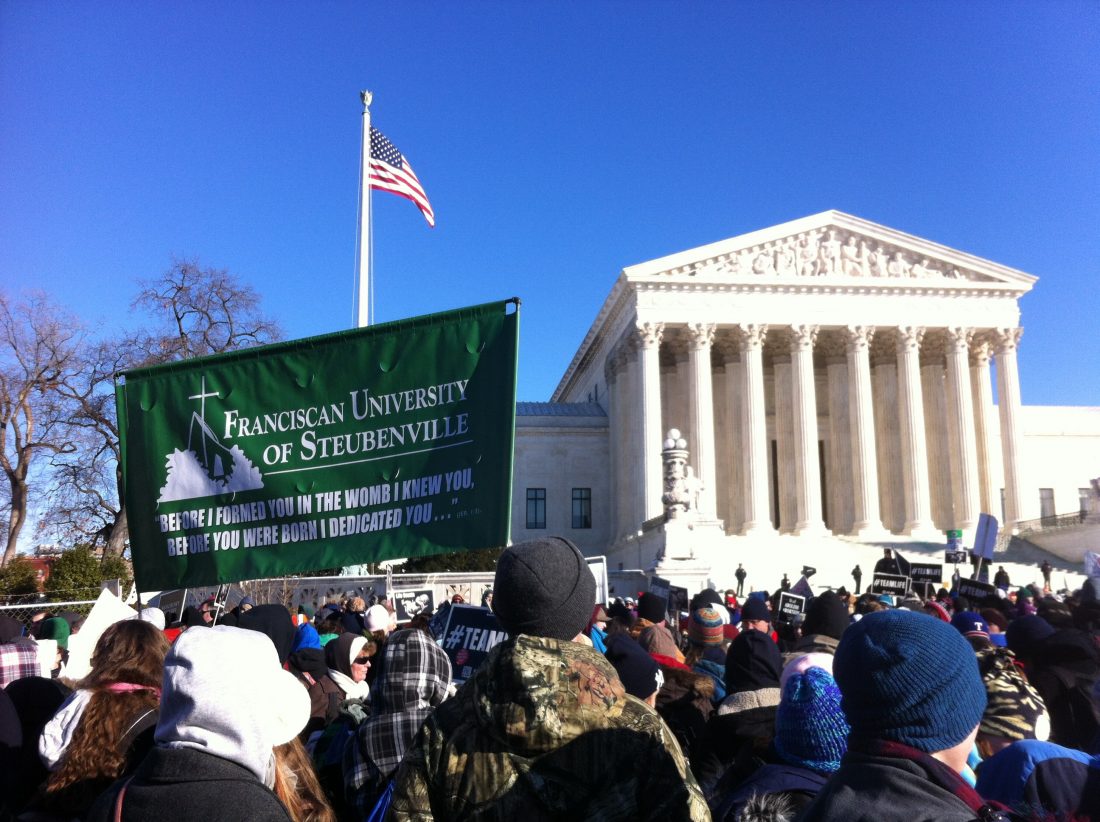 PAST EVENTS — Students from the Franciscan University have attended previous March for Life events in Washington, D.C. -- Contributed

STEUBENVILLE — Under the theme Equality Begins in the Womb, hundreds of Franciscan University of Steubenville students, alumni, faculty and staff, including President the Rev. Dave Pivonka, TOR, will take part in the annual national March for Life on Friday in Washington, D.C.

Events begin on campus at 9 p.m. Thursday, with a March for Life Mass in Christ the King Chapel, followed by eucharistic adoration. Shortly before midnight, students will board buses and arrive at the nation’s capital for morning Mass at the Basilica of the National Shrine of the Immaculate Conception.

The March for Life begins with a noon rally on the National Mall and then the march up Constitution Avenue to the steps of the U.S. Supreme Court building.

This year’s events are set against the backdrop of the possibility of a change in the nation’s abortion laws, as a Supreme Court decision is expected in June on Dobbs v. Jackson Women’s Health Organization that could overturn the 1973 Roe v. Wade decision that effectively legalized abortion in all 50 states.

“Along with thousands of other pro-lifers, our presence at the march will show the Supreme Court justices that the people of this country will stand by a court decision to correct a wrong judgment in Roe v. Wade,” said Niklas Koehler, president of the university’s Students for Life club.

“We come to Washington, D.C., with a plea for elected officials to put aside political divisions and support unborn children and their mothers,” Koehler said.

The school’s student involvement in the March for Life dates back to Jan. 22, 1974, when four freshmen at the then-College of Steubenville joined a group of parishioners from St. Joseph the Worker Church in Weirton at the very first anniversary march held in Washington, D.C.