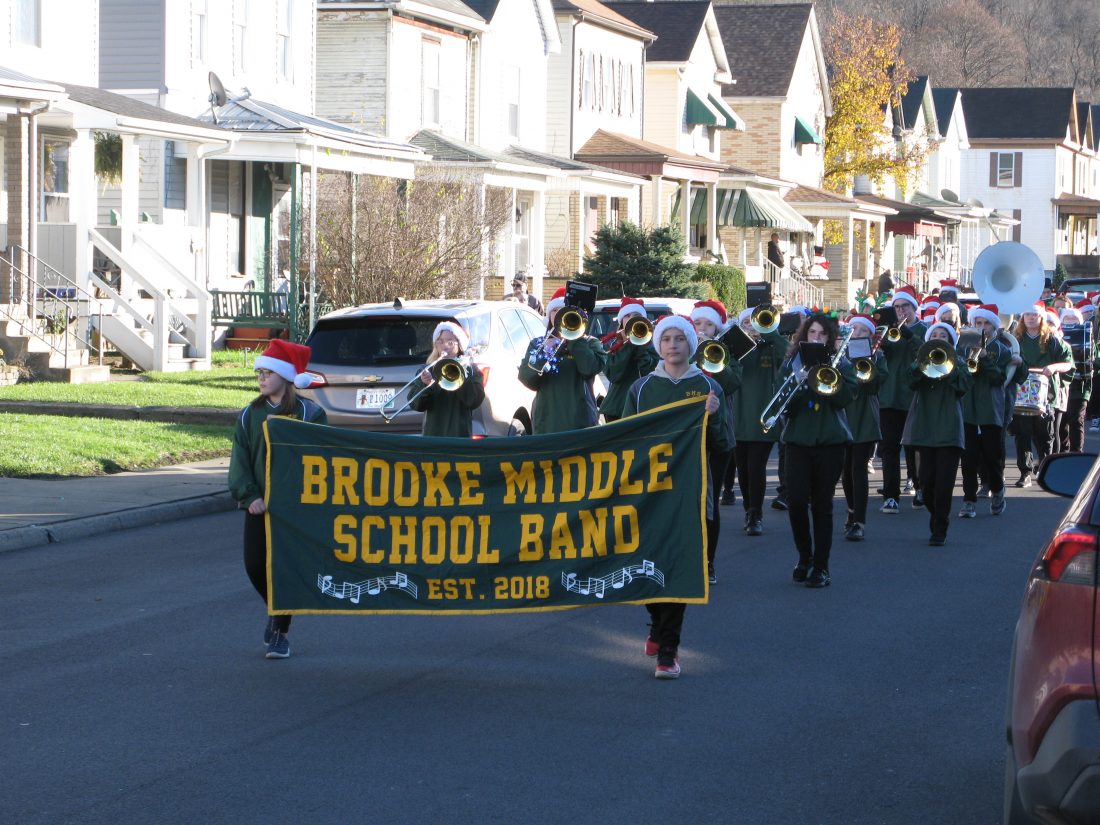 FOLLANSBEE — The lighting of the city’s Christmas display at the Ray Stoaks Plaza was expanded this year, with youth playing a big part in the new festivities.

A group of volunteers led by Robin McIntosh recruited children at Brooke Primary North and Brooke Intermediate North and the Brooke Middle School Band to participate in a small parade along a handful of city streets on Saturday afternoon.

The youths were accompanied by members of the Follansbee Fire Department in a vintage fire truck and Santa and Mrs. Claus, who remained at the plaza to meet with all children.

Also on hand were art students from Brooke High School who painted Christmas trees and other holiday symbols on faces and other students and volunteers who assisted children in creating holiday-themed crafts as well as a handful of food and other vendors.

McIntosh said the goal was to involve more community members in the annual event, which also has included the singing of Christmas carols.

And it drew not only residents of Follansbee but also from neighboring communities.

Roberta Figueroa of Weirton said she came to see her daughter perform in the Brooke Middle School band.

“It’s nice that we have things to do again. The kids (in the band) were really excited and decorating their instruments for the parade. They enjoyed it,” she said.

Attending brought back for her a memory of attending a Christmas parade in Steubenville when it was heavily snowing and her father lifting her onto his shoulders to watch.

“I guess holiday parades have been a tradition for our family,” said Figueroa.

She had moved to New York, she said, but returned to the Ohio Valley because she wanted her daughter to grow up in a small town, as she did.

Alicia Taylor of Beech Bottom — who attended with her children, Chloe and Jase — said of the event, “This was nice and a nice day for it.”

Asked her favorite part of Christmas in the Ohio Valley, she said, “Just spending time with family because our family is here.”