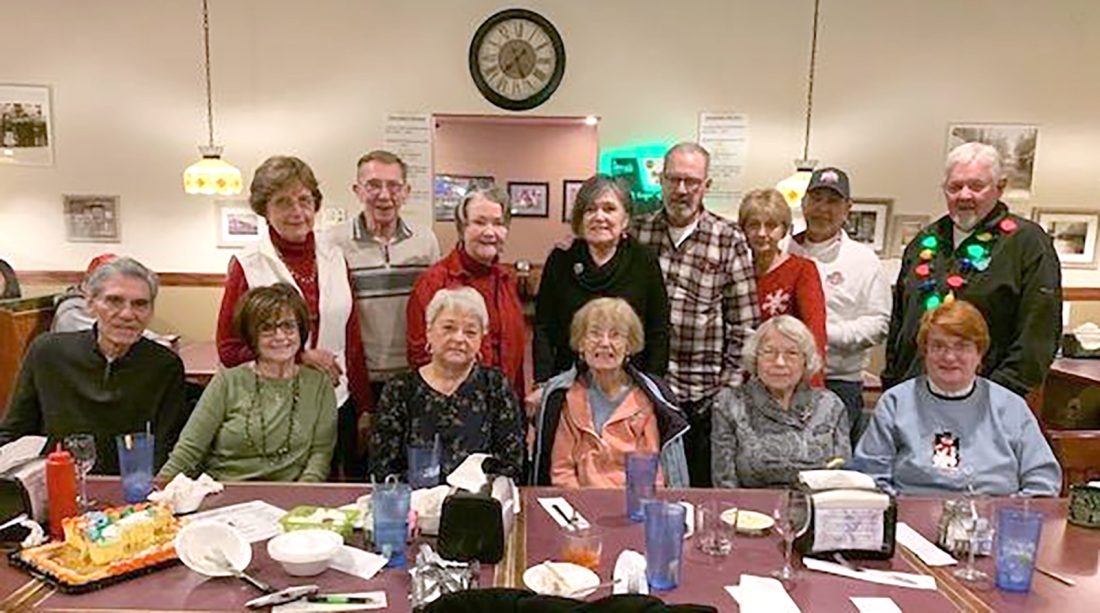 TORONTO — From the welcome signs at the city’s north and south ends to the gazebo where many public events are held, a volunteer group works through the year to make the city attractive to visitors and residents.

Colorful lights and luminescent reindeer greet all who enter the city from Franklin Street or the Robert Urich Interchange at this time of the year, while assorted flowers and lush greenery supply their own brand of decoration to the Sloan Station and Liberty Square areas that highlight the city’s North Fourth Street business district.

The four sites are among many that benefit from the tender loving care of about a dozen volunteers in the Toronto Beautification Committee.

Gail Komar, the group’s recently elected president, said members usually gather in March to plan the yearly geranium sale that, with donations from local businesses, enables them to purchase flowers and other materials to beautify about a dozen areas of the city.

“We have quite a few corporate sponsors, which is really nice,” said Komar, who noted the donations and Toronto City Council’s own yearly contribution, usually about $2,000, have been vital to their efforts.

She added the group also receives a boost from community members who support an annual geranium sale held around Mother’s Day.

More than 2,000 flowers were sold when the fundraiser returned this year following a year-long hiatus imposed, like many things, by COVID-19.

Komar said the group normally meets for the first time each year in March to plan the sale and continues to gather on a monthly basis through June.

Visitors to the city’s Gazebo Commons area at Third and Market streets may enjoy its flower beds while seeking shade during a break from their work days or works through town.

The gazebo serves as the stage for a variety of musical performers booked for a series of free summer concerts organized by the Toronto Coalition for Revitalization.

The group’s work can be found in other areas of the city, including the Toronto City Building, one of many structures where members have placed flower-filled urns.

The city’s south entrance is among areas where the group has added a unique decoration with a nod to the city’s industrial history.

Komar said the addition of large clay pipes, like those produced in the city by the Kaul Clay Co. for several decades, was arranged by Kay Jean Wilson, the wife of former mayor Bob Wilson.

She said a fountain had been created using one of the pipes but unfortunately was struck by a truck and destroyed.

It’s since joined other clay pipe in serving as a planter.

Komar said after breaking for a few months in June, the Toronto Beautification Committee usually reconvenes in October to plan its Christmas decorating, which includes decorating the gazebo with wreaths and lights. City crews have been very helpful, mowing the grassy beautification sites and putting up the icicle lights for the gazebo, as well as performing other tasks.

She said after the group raised funds to replace deteriorating U.S flags flown above North Fourth and Third streets, they agreed to store additional ones and use them to replace others when needed.

Komar noted the volunteer efforts aren’t limited to the beautification committee’s members, as others often lend a hand.

In recent years, the Toronto High School girls basketball team has aided with the Christmas decorating.

And Cathie Taylor, a member who teaches at the school, has been known to enlist students to aid with beautification of the Veterans Victory Pavilion.

Located across the street from the Gazebo Commons, the site is home to the Sailors and Soldiers Monument. Dedicated in 1919, the statue is believed to be the first monument to World War I veterans established in the United States.

Komar said each beautification site has been adopted over the years by smaller groups from within the committee, with longtime member Betty Herrick volunteering to water the many flowers.

She said even before she joined the group, past president Doris Matyas was known for collecting litter as she walked about town and tended to flowers at Sloan Station.

It was not surprising, then, that after retiring as a nurse for the late Dr. Jane Shaffer, she became an official member.

During its annual Christmas party, members honored Matyas for her many years of service.

Not long ago, Matyas received similar recognition from the Toronto Seniors club, of which she was a president for 13 years.

Both groups noted her effort to help others, including creating at least 50 gingerbread houses to raise funds for various causes.

Komar and Susan Greiner, who serves as vice president, said the group has been a source of pride and an opportunity for camaraderie, with members renewing relationships with former classmates and making new friends.

Greiner said she learned of the group four years ago after “walking around town and seeing what nice work they do. I thought, I’d like to get involved.”

“The people are really nice. It’s a great group — all hard workers,” she said.

Komar said very often, while she and others are pulling weeds or planting flowers, a passerby will stop to offer thanks.

She said as members grow older, new ones are needed to carry on the group’s work and she’s set out to enlist them.

“If you like the way the city looks, we can use your help,” Komar tells potential new recruits. She added anyone interested in joining may call (740) 564-6439 for information.