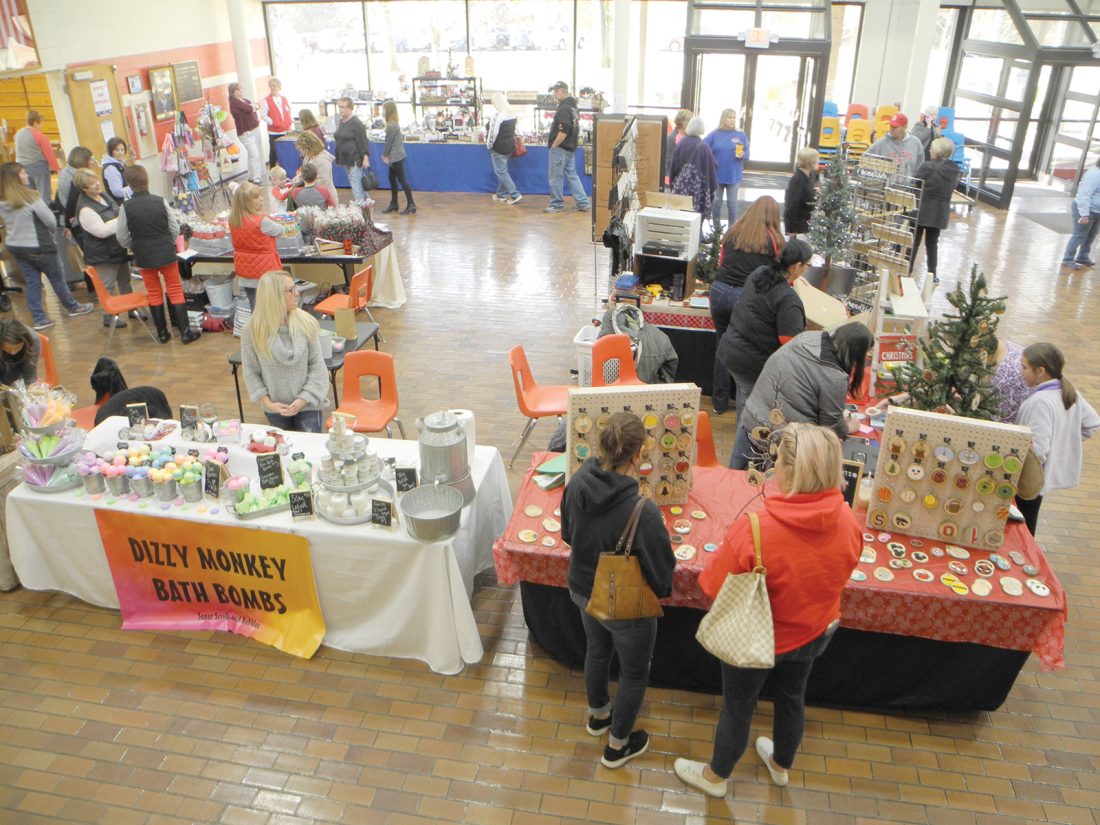 TORONTO — During the next two weekends there will be much to do in Toronto as the Gem City rings in the Christmas season with three events.

Volunteers with the Focus in Toronto group have been busy planning the city’s Christmas parade, to be held Dec. 4, and their sixth-annual Christmas Art Festival, set for Dec. 11.

Joining the festival that day will be Christmas at the Castle, an event at Toronto High School that will include food trucks, an escape room and activities for children.

Headed by Brenda Cich, Focus in Toronto has organized the Christmas parade since 2005. A procession including the Toronto High School Marching Band, area emergency departments, assorted floats and others will begin at 5:30 p.m. at the intersection of Fourth and Myers streets and make its way along Fourth Street to Main Street.

Santa Claus will appear during the parade and afterward at the Gazebo Commons at North Third and Market streets, where winners of cash prizes for the top three floats and top three performing groups will be announced. Groups who missed the deadline to participate in the parade may still sign up by submitting an application through its website at https://focusintoronto.com as soon as possible.

She noted the pandemic led to the parade being canceled last year but with the help of local emergency personnel, the group escorted Santa for a surprise visit around town.

Cich said after so many things had to be canceled, “It was awesome to see everybody outside and waving.”

On the following Saturday, the group will be found from 10 a.m. to 5 p.m. in the Karaffa Recreation Center with about 40 vendors offering an array of Christmas decorations and unique gift choices.

Cich said the vendors will be set up in the cafeteria commons and gymnasium of the former Karaffa Elementary School, with members of the Toronto Band Parents selling food from the kitchen.

She said with COVID-19 still, unfortunately, a concern, an attempt was made to space the vendors apart but there still is some space available. Those who are interested can find an application at the website above.

Cich said Santa will be available to meet with children at various times during the day, with parents welcome to bring their cameras for photos. All visitors are encouraged to bring a canned good for the Helping Hands food pantry.

Cich added there will be hourly prize drawings through the day and one 50-50 drawing, with proceeds going to Crossroads Christian Church’s Toys 4 Toronto effort to provide gifts for local children in need, the Toronto Police Department’s Christmas with a Cop program and other causes.

It will be a special year as students at the high school nearby will be holding an event, also from 10 a.m. to 5 p.m. that day, to raise funds for students to participate in the Close Up program, according to Cich. Josh Franke, a social studies teacher at the high school, said through it, students visit Washington and see government officials at work.

In recent years, Toronto students have been fortunate to be able to meet with Ohio’s representatives in Congress, he noted.

“It’s a good opportunity for these kids to see a side of politics the average citizen doesn’t see,” Franke said.

Usually juniors from the school participate, but this year seniors were invited since the pandemic prevented them from taking part last year.

As a result, 17 Toronto students hope to go, and about $1,400 is needed for transportation, lodging, food and related expenses for each.

The Toronto Board of Education recently agreed to sponsor one student, as it has done in the past.

It’s the first year for the fundraiser — which has been dubbed Christmas at the Castle as a nod to the school’s Red Knight mascot — but Franke said it could become an annual one.

Divided into various committees, the 17 students have booked various food trucks for the parking lot outside and planned activities for children, including photos with Santa and muffins with Mrs. Claus. Admission for the children’s activities is $5 per family.

Franke has drawn on his experience as the former owner of an escape room in Youngstown.

The event’s escape room will incorporate multiple classrooms in a re-creation of Santa’s Workshop and involve teams of six in solving a puzzle created by some mischievous elves.

Franke said reservations can be made through the Toronto HS Close Up Program Facebook page beginning Tuesday and will continue until the 30-minute sessions are filled.

The group is accepting entries up to Monday for a Christmas tree decorating contest, with information available on the same Facebook page or by e-mailing Franke at josh.franke@torontocityschools.com.

The competitors will be decorating 4-foot tall pre-lit trees, all with a unique theme, that morning. Thus far they include staff at the local library, the school’s football team and students in an anatomy class at the high school, among others, said Franke.

Drawings for a variety of prizes donated by area businesses will be held during the event.

Franke said each aspect will support the students’ fundraising efforts, with each food truck making a $150 donation to participate.

He expressed appreciation to local businesses and groups who have donated prizes, the school district’s administrators and others who have supported it.

Franke said planning the Christmas Castle has been a good experience for the students they may draw on in the future. “It’s a great learning opportunity for them that will help them in running organizations in their future careers,” he predicted.

Cich said there were thoughts of holding the students’ fundraiser on another date, but she encouraged them to do it on the same day as the Christmas Art Festival. “I think we’ll both benefit from having them at the same time,” she said.